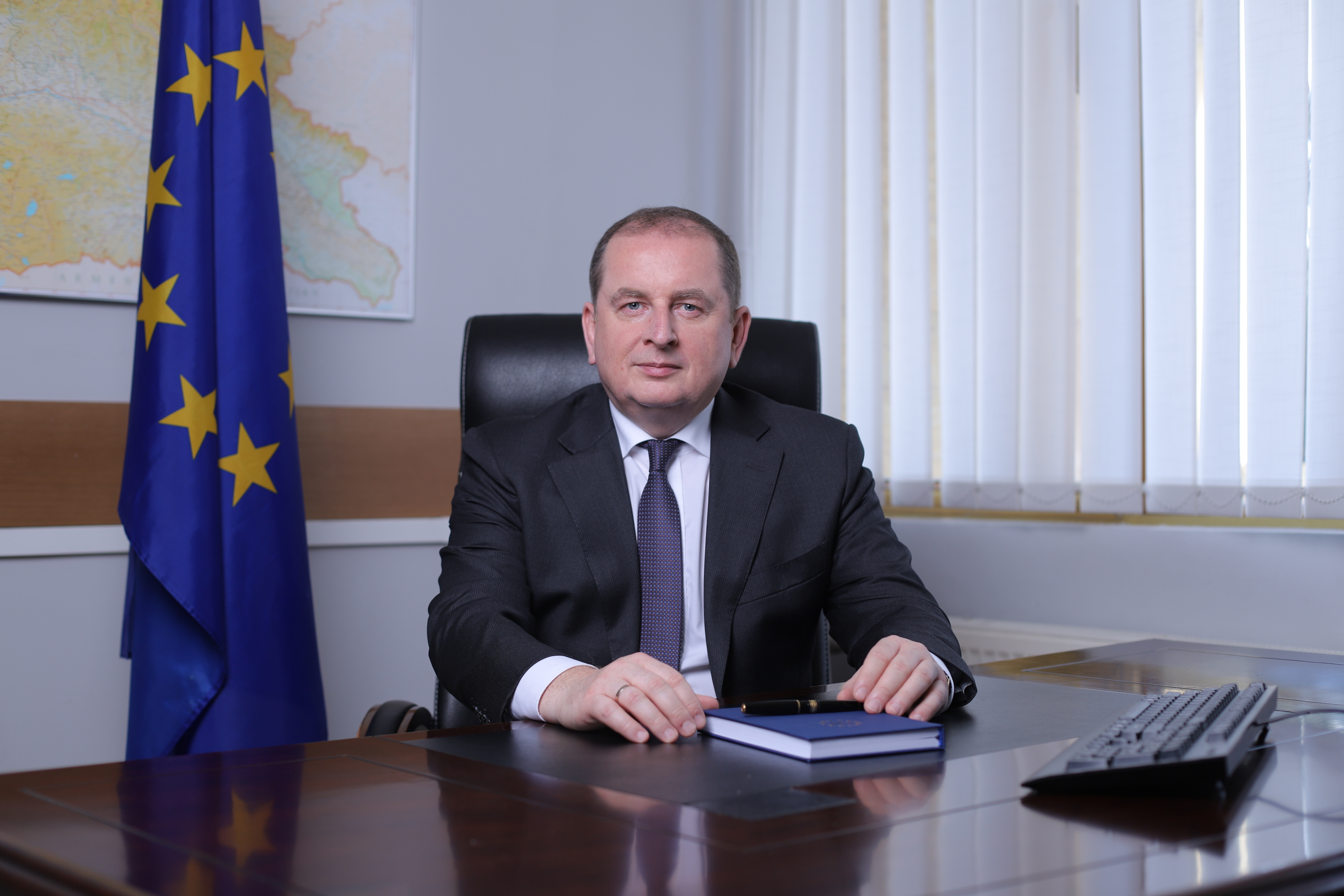 The Mission started its monitoring activities on 1 October 2008, beginning with oversight of the withdrawal of Russian armed forces from the areas adjacent to South Ossetia and Abkhazia. The Mission’s mandate consists of stabilisation, normalisation and confidence building, as well as reporting to the EU in order to inform European policy-making and thus contribute to the future EU engagement in the region. What difficulties does the mission experience in carrying out their daily activities and what are the challenges imposed by the COVID pandemic, on these and other pressing issues Europetime talked to Marek Szczygiel, Head of the European Union Monitoring Mission (EUMM) in Georgia.

What is the key issue you are focusing on when submitting your reports?

The role of the EU Monitoring Mission in Georgia is indeed to observe the security developments along the Administrative Boundary Lines (ABL) with South Ossetia and Abkhazia, which our monitors do through daily patrols in the areas. On such patrols, EUMM monitors also engage with local communities and stakeholders to get their perspective on the current situation and how it affects their lives. They also observe the activities of security actors in the areas and ‘borderisation’ features. All these observations are then analyzed, compiled and sent as reports to EU policy-makers and Member States.
Our Mandate is valid within the internationally recognized borders of Georgia. However, the Russian Federation fails to fulfil its international obligations including under the EU-mediated 12 August 2008 Ceasefire Agreement, notably to withdraw its military forces from the territory of Georgia. We continue to be denied access to Abkhazia and South Ossetia and this constitutes our greatest challenge in fully implementing our Mandate. We have to rely on alternative ways to collect information, including information that is available online in open sources, but a presence on the ground and direct engagement with local actors would without doubt allow us to monitor and report more accurately on the security, humanitarian and human rights situation in Abkhazia and South Ossetia.
The Incident Prevention and Response Mechanism meetings have resumed, after 5 month break. Parties discuss events and incidents, raise issues of concern on the general security situation and the conditions for the civilian population. During the last meeting the Georgian side raised the issue of illegally detained citizens. As a conflict prevention specialist, how do you view the effectiveness of this mechanism and the prospects for resolving existing issues?
As one of the two co-facilitators of the Incident Prevention and Response Mechanism (IPRM) meetings in Ergneti, I believe that these meetings are essential in maintaining stability on the ground, defusing tensions, and building trust between the participants. The format allows direct discussions on very concrete issues faced by conflict-affected communities on both sides of the ABLs, such as specific detentions cases or freedom of movement restrictions. In fact, the IPRM is currently the only format that focuses specifically on local needs, and all participants often stress publicly the importance of this mechanism. Past IPRM meetings contributed to the release of detained persons for instance and to solving other practical issues, like irrigation. I look forward to continuing our work with the OSCE to co-facilitate such discussions and to contributing to confidence building.
I would also like to highlight the EUMM-operated Hotline here, as another effective tool that has been used successfully over the years to facilitate humanitarian action, manage incidents, and build confidence. In 2020 for instance, the Hotline was activated over 2,820 times mainly to discuss crossings motivated by medical reasons, followed by exchange of information related to detentions, agricultural issues and “borderisation” activities.
You are Head of the European Union Monitoring Mission (EUMM) in Georgia, starting from March, 2020. Unlike your predecessors, you had to work during coronavirus pandemic. How would you assess the year in view of challenges and achievements?
Yes, on 15 March, I celebrated my first anniversary as the Head of EUMM Georgia. This past year has been unusual and challenging in many ways for everyone, but I think that we all demonstrated resilience and ability to swiftly adopt to new circumstances.
At EUMM, we had to quickly adapt our work, switching to teleworking arrangements whenever possible but always maintaining a visible presence and our core activities on the ground, including at both segments of ABLs. Of course, I wish I had been able to meet more often, and in person, with my team and our interlocutors but video calls helped, and I am looking forward to resuming more regular physical meetings and face-to-face contacts as soon as the situation permits. I am also grateful for my colleagues’ commitment in implementing our Mandate during such difficult times.
At the political and strategic level, travel bans, and other precautionary measures have meant only one round of Geneva International Discussions in 2020 instead of four usually, but the Co-chairs managed to meet in December and will meet again on 25-26 March.
IPRM meetings in Ergneti could not be regularly held during the winter, but they have resumed in March and we are already planning for the next one in April.
At the local level, communities affected by the conflict have been hit harshly by the pandemic itself and its spilled-over consequences. The prolonged closure of so-called Controlled Crossing Points with Abkhazia and South Ossetia has further impeded their freedom of movement for instance and worsened their personal socio-economic or health situations. The Mission is acutely aware of these challenges, and together with other stakeholders, we will seek to address them through our available formats, including at the IPRM meetings and through our reports to EU Institutions and Member States.
EUMM is mandated to cover the whole territory of Georgia, within the country’s internationally recognised borders, but the de facto authorities in Abkhazia and South Ossetia have so far denied access to the territories under their control. What do you think should be done to bring this issue forward and what could be the possible solutions to the current challenges?
As mentioned in a previous question, this lack of access to Abkhazia and South Ossetia constitutes the greatest challenge in implementing our Mandate. This is why EUMM, EU Institutions and EU Member States, continue to call on Russian Federation to allow an unrestricted access to those two regions.