Each day is another experience 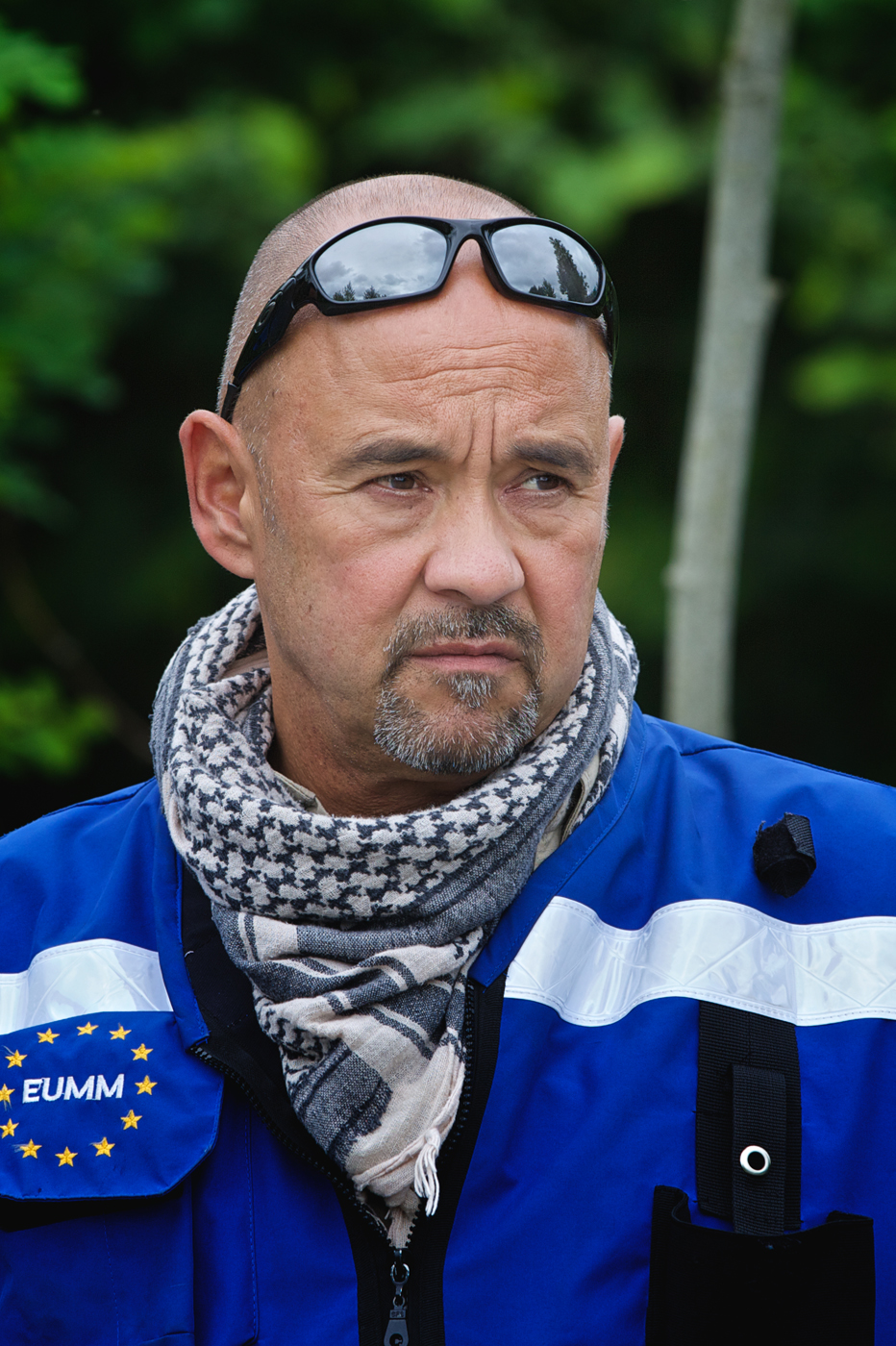 I have been working in the National Police of the Netherlands as a community police officer, coordinator and coach for 27 years. Before that I served eight years in military.
I joined EUMM in September 2013 and it is my second mission. The first one was European Union Police Mission in Afghanistan. At EUPOL I was a mentor and adviser focusing on police, command, control and communications, meaning that I provided lessons for the Afghan National Police at the Kabul Police Academy and the several police districts in Kabul, Maimenah and Bahmian. Another task was the development of emergency call-centers in several Afghan cities.

Back home I’m working and living in the North of the Netherlands, in the most beautiful region called Fryslân. I have been married for 32 years, and yes, I am still in love. We have two daughters and one grandson. Besides family life I have a lot of interests such as camping, cycling, riding on the motorbike, long walks with my dog and a lot more. But the most important one is “Enjoying Life”.

I’m working in Field office Zugdidi as a monitor in the team patrolling along the Administrative Boundary Line (ABL). I enjoy the work in the ABL team, particularly being outside in the field, sometimes standing with my feet in the mud, head in the sun and being in contact with the local people. It is a good mixture of patrolling, coordinating tasks and coaching colleagues.

Each day in this mission is has its own memorable moment. One day one might see unbelievably big chickens and another day there might be two sheep packed in a bag to be transported over a damaged bridge to the other side of the ABL. Next day one can be talking with commuters about the detention of their relatives and another day patrol visits a kindergarten. All the stories on the experiences of local people earn my deepest respect. Each day is different and each day is another experience.