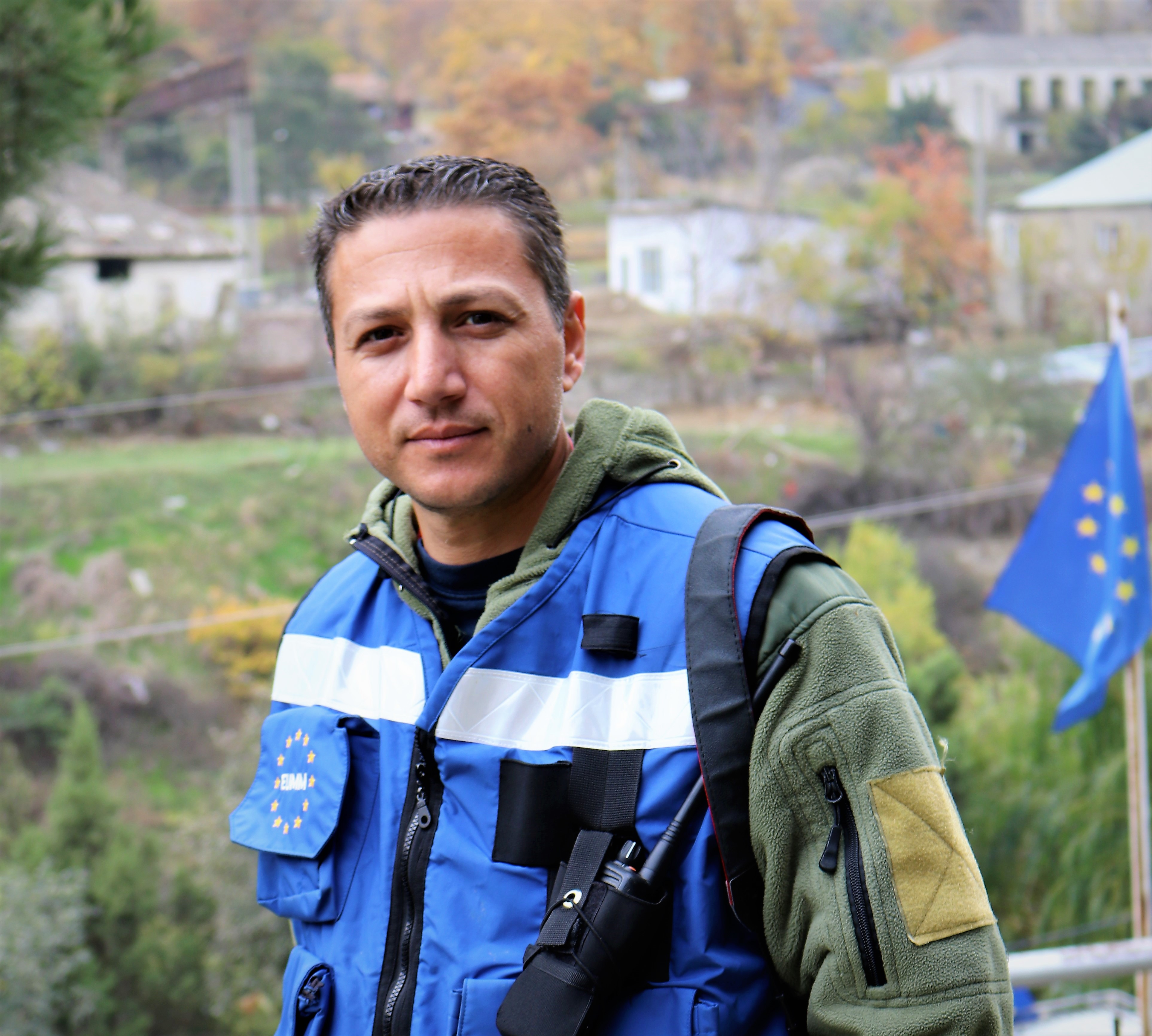 I was born in the Mediterranean island of Cyprus 38 years ago. I joined the Cyprus Police back in 2001, and since 2010, I served as an immigration officer. I am a Bachelor of Arts graduate in ‘Counteraction to Crime’ and hold a Master’s in Public Administration. Participation in an international mission has always been a dream of mine. That dream came true in 2016 when I was selected to join the European Union Monitoring Mission (EUMM) in Georgia. I was the first Cypriot to join the mission since 2013. Today, Cyprus is supporting the EUMM with three monitors.

I arrived at EUMM Field Office Mtskheta in October 2016. Here, I was assigned to the Administrative Boundary Line (ABL) team. I still remember my first patrol. It was to the Tserovani settlement for Internally Displaced Persons (IDP). In that moment, memories of my childhood crossed my mind since I, myself, was born and raised in an IDP settlement in Cyprus, a country that also has an unresolved conflict - since 1974. Talking with people living along the Administrative Boundary Line I realised that many of their problems are common to people living in other conflict-affected countries. Above all, I realised how important are the roles of international missions in conflict areas, and particularly that of the EUMM in Georgia.

Patrolling near the Administrative Boundary Lines makes locally affected people feel more secure, assists with freedom of movement and helps them cope with the many consequences of the conflict. Undoubtedly, the smiling faces of the people, their warm welcome, hospitality, kindness and their sincere “gamarjoba” (hello) when an EUMM patrol meet them, is enough to make us understand how well-received and respected the Mission is.

In addition, EUMM Georgia, as a multinational mission, has given me a new dimension of experience and I have learned a lot by working with my colleagues from different countries and different backgrounds. I feel very fortunate and honoured to have the opportunity to work with professionals who left their countries, families and friends in order to work in the EUMM, and to contribute to safeguarding security and stability in Georgia – this is important for the European Union.