THE ROLE OF THE MEDIA IN CONFLICT PREVENTION

EUMM representatives attended an interesting and informative conference in Brussels at the end of last week on the role of the media in conflict prevention. The two day event was organised by the College of Europe Foundation and the Folke Bernadotte Academy Initiative, with the support of the Czech Presidency, the Council of the European Union, the European Commission, the European Peace Building Liaison Office and the Bonn Network.

The media has played an important role in mobilising populations during conflict escalations in various international and national conflicts. But it has also been recognised that the media has the potential for an equally important part to play in preventing and de-escalating conflicts as well as bringing about reconciliation between factions. Increasingly this is being reflected in European Union civilian crisis management strategy.

This conference brought together a range of high level experts from international missions, peace building organisations, NGOs and the media to better integrate support to and by international and local media in conflict prevention, peace building and mediation activities of the EU, explore conditions for enhanced co-operation between all those involved and share best practices and lessons learned.

The meeting concluded that there were a number of key factors necessary to enable the media to play an important role in conflict prevention and peace building efforts;

• An independent media, free from interference and corruption
• A media that is impartial and accountable through independent regulation
• A media that has the right tools, equipment and trained staff and management to carry out its role effectively
• A media industry that is built on quality output rather than simply quantity
• Effective international support for national and local media that reflects the views, language and culture of the country concerned
• The development of trust between all the actors involved, international and national organisations, NGOs, local institutions and the media
• Strengthening of the co-ordination of and with civil society networks
• The effective use of all possible media outlets – harnessing new media, social networks, citizen journalists, mobile phones and the widest possible range of programming from soaps, documentaries, and dramas etc. 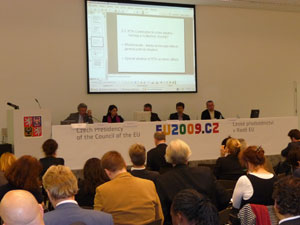