Following the first four months of service in the European Union Monitoring Mission, monitors who arrived in Georgia after December, were awarded medals in recognition of their work in the Mission.

Ambassador Hansjörg Haber as well as representatives of international organizations and local authorities participated in the medal parade ceremonies which were organized in every EUMM Field Office. The events also saw the participation of local media outlets which then were widely covered by local and national television.

A rewarding experience for the monitors, the ceremonies also represented a further opportunity for the Field Offices to foster their contacts with local authorities and other international organizations and once more demonstrated the positive acceptance that the European Union Monitoring Mission enjoys in Georgia.

The medal parade ceremony for the staff working in the Headquarters will take place on Thursday, 25 June. 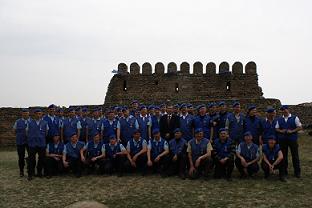 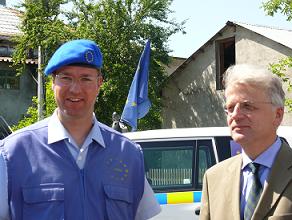 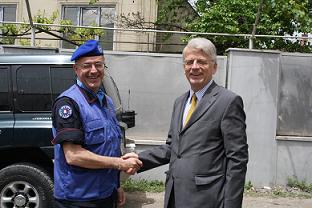 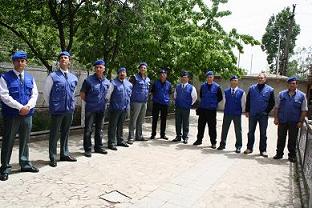 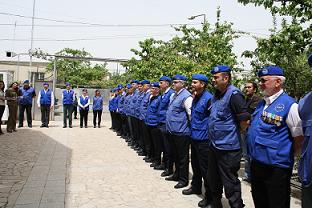