On 11 January, in the framework of his visit to Georgia, the US Republican Senator John Mc Cain, visited EUMM Field Office Zugdidi where he met Ambassador Haber and EUMM staff members. Senator McCain and his delegation were briefed on the mandate of the Mission as well as on the achievements since its inception and the challenges which still lie ahead.

Ambassador Haber stressed the importance of the Mission’s continued cooperation with the United States and its role in contributing to the resolution of the conflict. Senator Mc Cain expressed appreciation and support for the Mission’s work and encouraged its activities. 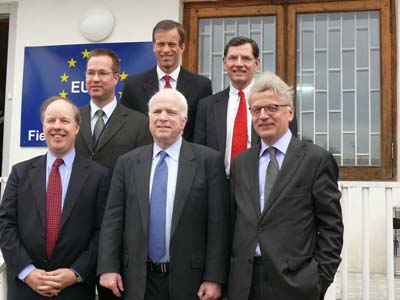