EXCHANGE OF INFORMATION ON SPECIFIC CIVILIAN CASES, VARIOUS INCIDENTS AND THE ABILITY TO CROSS THE INGURI RIVER WERE KEY POINTS DISCUSSED AT THE FOURTEENTH IPRM MEETING IN GALI ON 23 MARCH 2010

Representatives from the de facto Abkhaz and Russian authorities, the Georgian Government and the EUMM attended the fourteenth IPRM meeting in Gali on Tuesday 23 March, under the chairmanship of the UN.

As usual there was an exchange of information and discussion on specific civilian cases and incidents that had taken place since the last meeting. Clarification was sought on particular instances of alleged mistreatment of local residents. Ways to co-operate and exchange information on the fight against criminal activities were welcomed.

The Head of the EUMM, Ambassador Haber, invited Abkhaz media to come and visit the Mission offices in Zugdidi to see for themselves the role and work of the EUMM. This will be taken forward by the Mission in co-ordination with the relevant authorities.

Taking into account some of the issues discussed, the atmosphere was business-like. It was agreed the next meeting will take place in Gali on 13 April 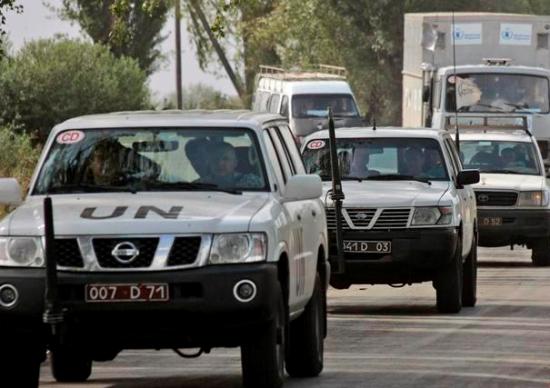