The Lithuanian Minister of Foreign Affairs, Mr Audronious Ažubalis, accompanied by his wife, visited the EUMM Field Office in Mtskheta on Sunday 29 March. He was greeted by the Deputy Head of the Mission, General Gilles Janvier. He received a comprehensive briefing on the role and work of the Mission and detailed information about the set up of the Field Office and the scope of its activities and patrols.

He thanked the Mission for its contribution to stability and security in the region and praised the determination and commitment of the Mission staff. He was interested in the work done by the Field Office to monitor the situation of  Internally Displaced People (IDPs) and hoped that the information gathered by the patrols would enable greater assistance to be provided to the IDPs by the relevant authorities and NGOs. As he left the Field Office he added “Keep up the good work”. 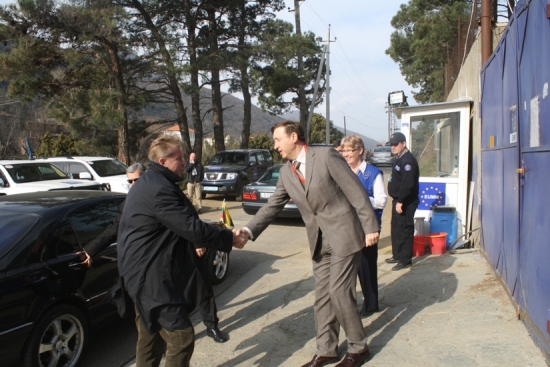 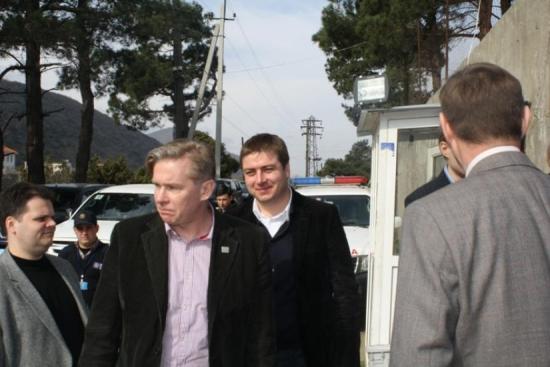