Javier Solana, previously involved in the setting up of the EU Monitoring Mission in his role as EU High Representative for the Common Foreign and Security Policy, visited the EUMM HQ on Tuesday 30 March. His last visit to the Mission was during its very early days in October 2008.

He received an update on the Mission’s activities and challenges from the Deputy Head of the Mission, General Gilles Janvier. He was very interested in how the EUMM had evolved and developed since its first hectic days after its very rapid deployment, and was very pleased that its activities on the ground had contributed to greater security and stability in the areas close the administrative boundary lines. He wished the staff well in their work in the coming months. 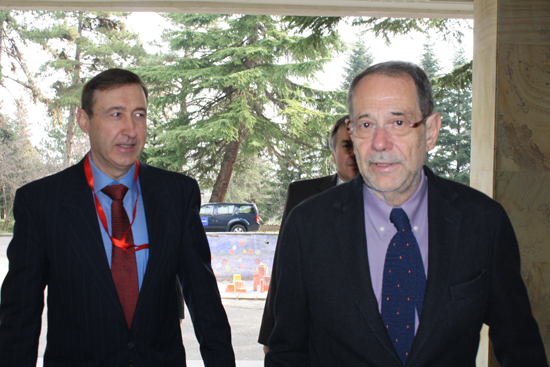 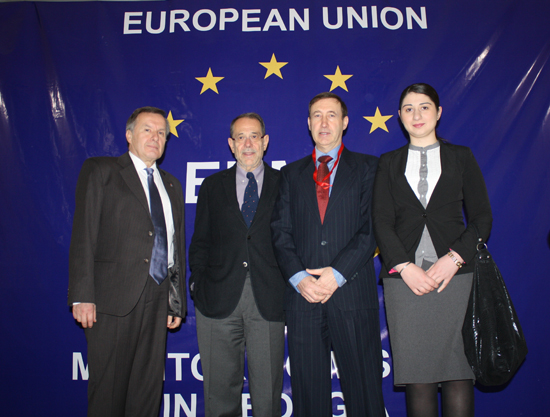