On Tuesday, 06 April a delegation from the NATO Parliamentary assembly visited EUMM Headquarters in Tbilisi. The delegation was welcomed by the Deputy Head of EUMM, General Gilles Janvier, who conducted a detailed briefing on a description of the scope of the EUMM Field Offices activities including everyday patrols on the ground.

The NATO Parliamentary assembly delegates thanked the Mission for the successful work performed in the region. They expressed a particular interest in the IDP situation in general and inquired into the possibility of their return. The General provided them with in-depth information on these issues and the implications for the Mission. The delegation expressed hope that the Mission’s mandate will continue after 14 September 2010, when its current mandate expires. 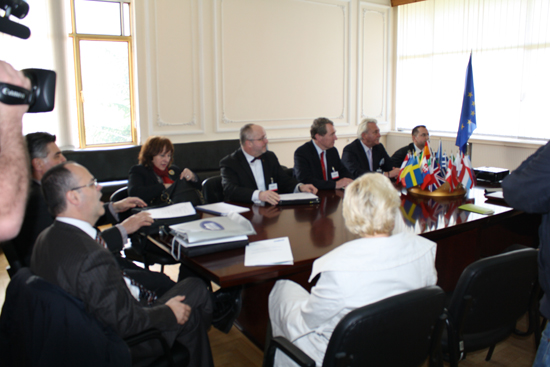 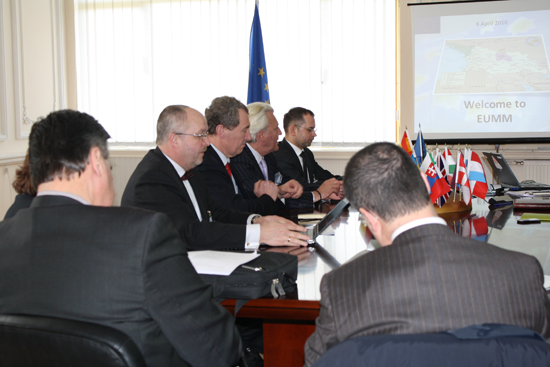