On Friday 5 November His Royal Highness, Prince Edward, Earl of Wessex KG KCVO, joined the EU Monitoring Mission on a trip to Odzisi close to the South Ossetian Administrative Boundary Line. He was briefed before setting off about the role and work of the Mission. On arrival in Odzisi, the Chief of the EUMM Gori Field Office explained the local situation, including access for the local population cross the ABL, and the activities of the EUMM in the area. The Prince was able to see for himself the Georgian and Russian Federation check points, meet a number of British EUMM monitors and talk to the Georgian police at their check point about their work.
The Prince was in Georgia on a two day visit to officially open the new British Embassy premises in Krtsanisi in Tbilisi. He also met senior members of the Georgian Government and British business representatives. 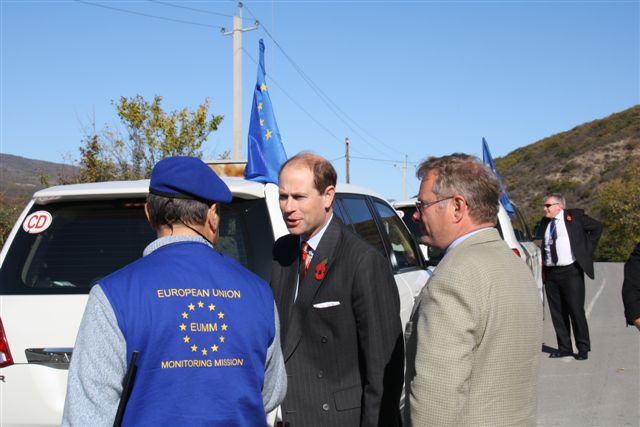