On 19 April 2011, a delegation of U.S. Senators led by Arizona Senator John Kyl paid a visit to the EU Monitoring Mission in Georgia.

The delegation was met by Jussi Saressalo, Deputy Head of Mission. They received a briefing about the Mission’s achievements and challenges, the environment in which it operates, as well as the prospects for conflict resolution. The U.S. Senators also had the opportunity to discuss the current security and humanitarian situation on the ground. The delegation expressed their continued support for the valuable contribution of the EUMM and wished the Mission good luck in its future activities. 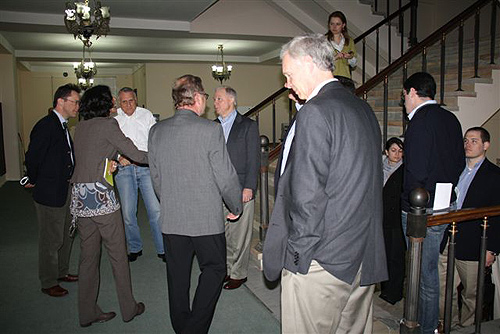