After two and a half years as the Head of the EU Monitoring Mission, Ambassador Haber has left Georgia to take up his new post as the EU Civilian Operations Commander and Head of the EU Civilian Planning and Conduct Capability (CPCC) in Brussels. At his final press conference on 28 April, Ambassador Haber said that the Mission had achieved much, in particular in the area of stabilization, but the topic of IDP’s remained an issue of concern and whilst there had been some progress, a lot still needed to be done in the area of confidence building between all the sides to the 2008 conflict. His replacement will be chosen by Brussels in the coming weeks. In the interim, the current Deputy Head of Mission, Jussi Saressalo, will be Interim Head of Mission. 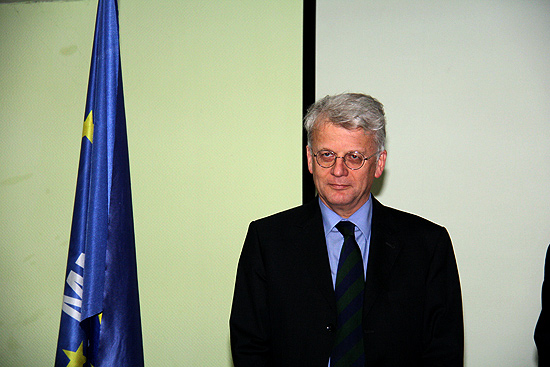