European Member of Parliament and Chair of the EU Parliament’s Subcommittee on Security and Defence, Monsieur Arnaud Danjean, visited EUMM HQ in Tbilisi on 3 May during his current visit to Georgia. He was briefed by Interim Head of Mission, Jussi Saresselo, about the role and work of the Mission, the progress made during the last two and a half years and the challenges ahead. M Danjean was interested in particular to learn about the security situation in the areas adjacent to the administrative boundary lines, the possibilities for freedom of movement across the boundary lines and the prospects for the Internally Displaced People. He was impressed by the positive contributions to the Mission by EU Member States and thanked the EUMM for its work. 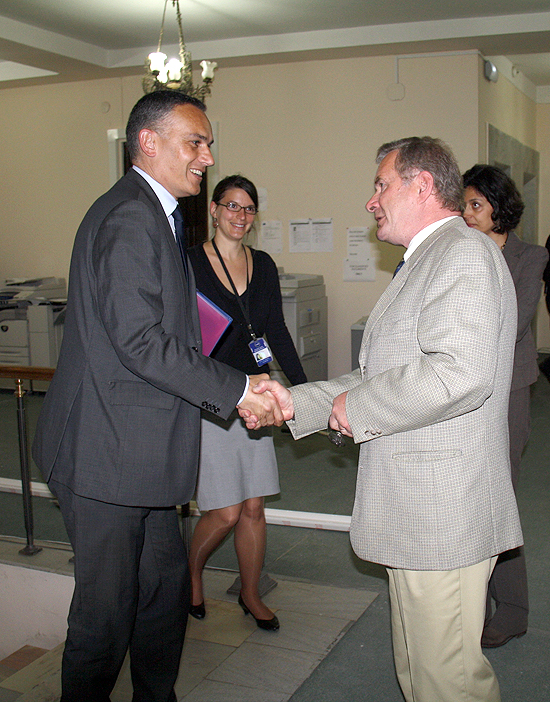