Hundreds of local children, teenagers and adults had the opportunity to enjoy the lively, up tempo Balkan and Gypsy music of the British band “The Trans Siberian March Band” in the centre of old Mtskheta at lunchtime on Tuesday 23 August and at the Tserovani IDP settlement in the evening. In Tserovani the exciting band of musicians from London were joined by the Georgian Folk Ensemble “Lomisi” to provide over an hour and a half’s entertainment for the inhabitants.

The Trans Siberian March Band is currently on a music tour of Georgia. Their performances on 23 August were organized with the support of the EUMM Field Office in Mtskheta and the British Embassy in Tbilisi. 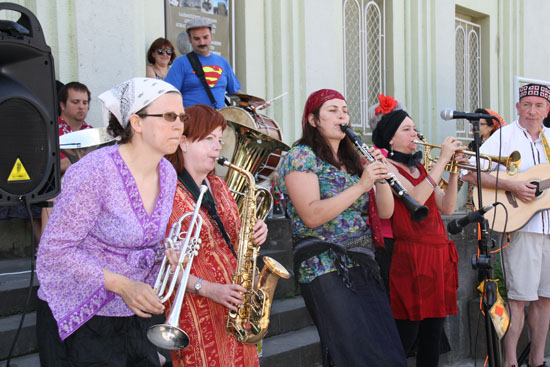 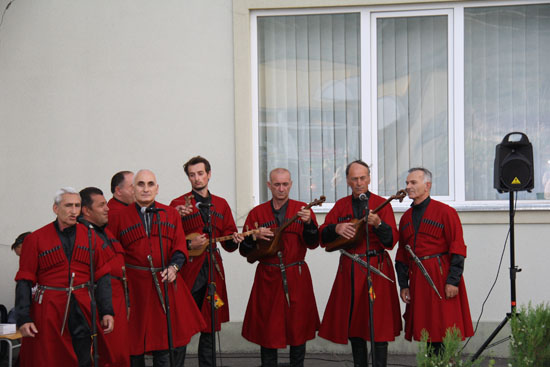 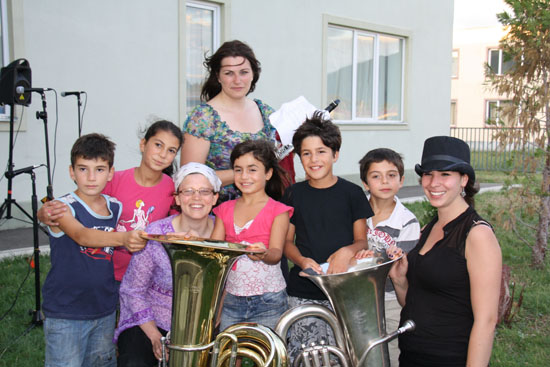