Once a year, on the seventh week after Easter people from both sides of the Administrative Boundary Line (ABL) gather to celebrate Lomisoba, at the Lomisi Monastery near the village of Mleta, about 10 km South of Gudauri. This year the festival took place on 6 June. An EU Monitoring Mission patrol from Field Office Mtskheta was also present at the location among thousands of pilgrims. 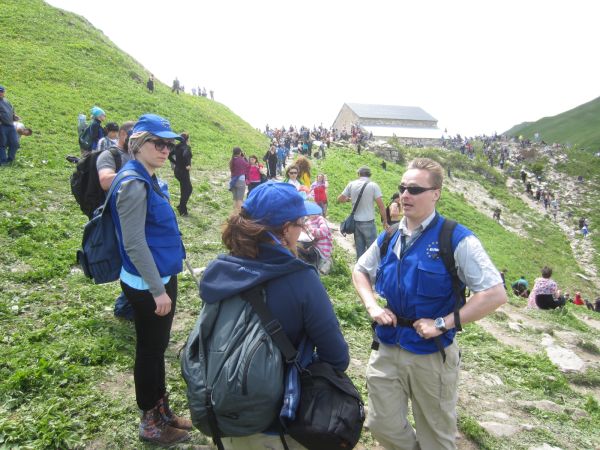 EUMM patrols have attended this festival every year since the start of the mandate. Russian border guards were also present, although this year in smaller numbers than usual.

According to one of the four monks living permanently in the Monastery, the first pilgrims arrived at three o’clock in the morning and set up camp at the holy site.

During the day families with small babies and the elderly managed the long and exhausting climb up to the Lomisoba Saint George’s Church near to the Monastery at 2300 metres above sea level. It took the EUMM patrol two hours to reach the site on foot, because there is no road.

Lomisoba dates back to the pre-Christian period, but nowadays it is celebrated as a Christian religious festival. Even nowadays the festival has many pagan rituals, such as animal sacrifice, and as usual the monitors witnessed the slaughter of sheep. 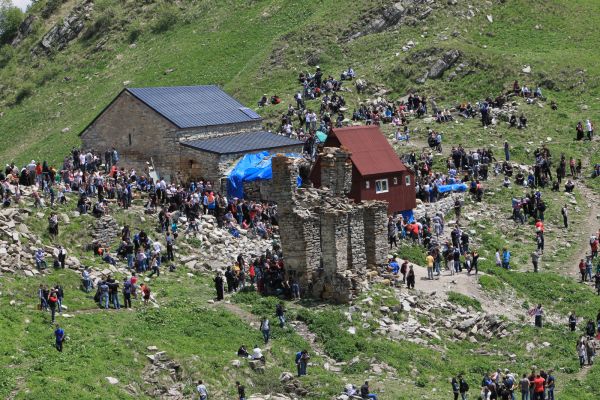