On 9 November Ambassador Tyszkiewicz, the Head of the EU Monitoring Mission visited the Georgian Ministry of Internal Affairs (MIA) where he was received by the newly appointed Minister, Irakli Garibashvili.

The Head of Mission remarked on the good cooperation EUMM has had with the Ministry. He underlined EUMMs mandate to monitor the compliance of all sides, resulting from the EU brokered Six-Point Agreement that ended the 2008 war and the subsequent Implementing Measures that followed. Based on these documents the Mission has signed a Memorandum of Understanding with the Georgian Ministry of Internal Affairs (and also with the Georgian Ministry of Defence) and has been monitoring police units and MIA structures ever since, focussing on the areas adjacent to the Administrative Boundary Lines.

Mr Garibashvili expressed appreciation for the work the Mission has done to contribute to stability on the ground. He briefly outlined the current situation of the Ministry and said he would do everything to continue, and if possible to improve the cooperation between the MIA and EUMM. The Minister provided his personal guarantee to ensure that the Mission can fulfil its monitoring tasks at each Georgian MIA or police unit as necessary.

Ambassador Tyszkiewicz underlined the importance of the Incident Prevention and Response Mechanism (IPRM) and the telephone hotline. Numerous times both have proven extremely useful in diffusing tense situations. He also spoke highly of the cooperative approach that has been shown by all IPRM participants so far. 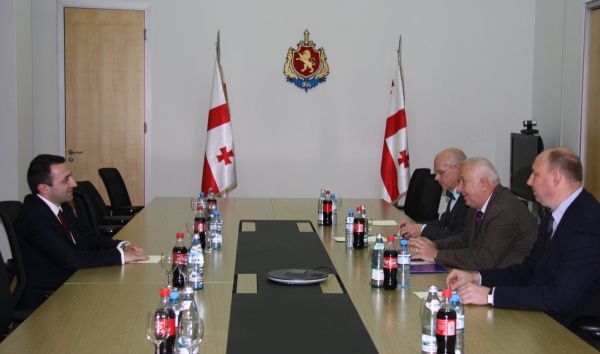 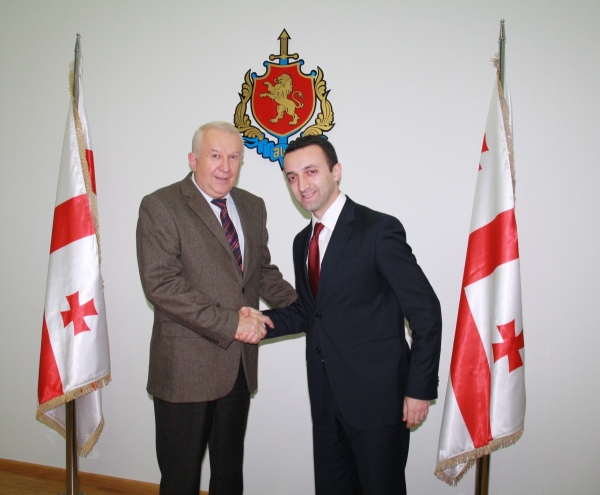