EUMM participates in Forum on the Implementation of the National Action Plan on Women, Peace, and Security

On 26 November UN Women and the Institute for War and Peace Reporting (IWPR) organised a forum on the implementation of the National Action Plan (NAP) on Women, Peace, and Security (2012-2015). The initiative focused on measures undertaken by women’s civil society organisations as well as government agencies in relation to the implementation of NAP commitments in 2012, in order to facilitate knowledge sharing between the old and new government. The forum provided a constructive platform for the policy discussion to ensure more active involvement of women in the Geneva International Discussions, the Incident Prevention & Response Mechanism and people-to-people diplomacy initiatives.

Kati Bhose, the Gender Adviser of the EU Monitoring Mission in Georgia was one of the speakers at the event held in Tbilisi. She presented EUMM monitoring results about the Effects of Conflict on Civilian Populations and the links between peace, security, development and gender equality. 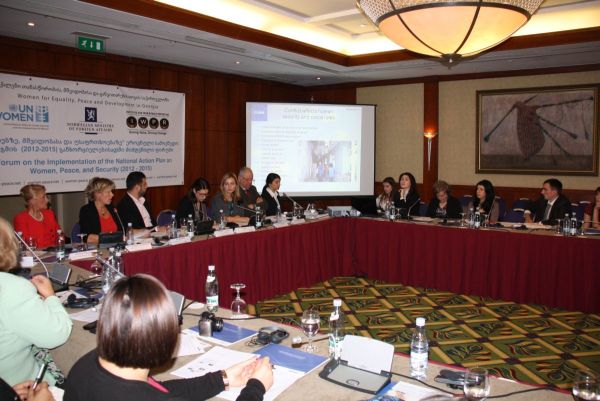 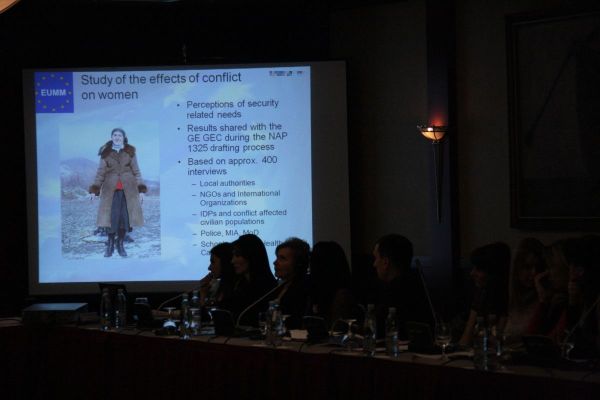