On 7 December, the Head of the EUMM, Ambassador Tyszkiewicz, met the newly appointed Chief of the Joint Staff of the Georgian Armed Forces, Colonel Irakli Dzneladze, in Telavi. Colonel Dzneladze was attending a gathering of the Commanders and other senior staff of the Georgian Army.  They discussed the importance of maintaining and building on the effective co-operation between the two organisations, which has so far greatly increased the transparency of the Georgian Armed Forces, and contributed to stabilisation in the areas adjacent to the Administrative Boundary Lines.  The gathering was also an opportunity for the Head of Mission and senior EUMM staff to meet and to introduce themselves, and the work of the Mission, to the other senior military personnel of the Georgian Army. 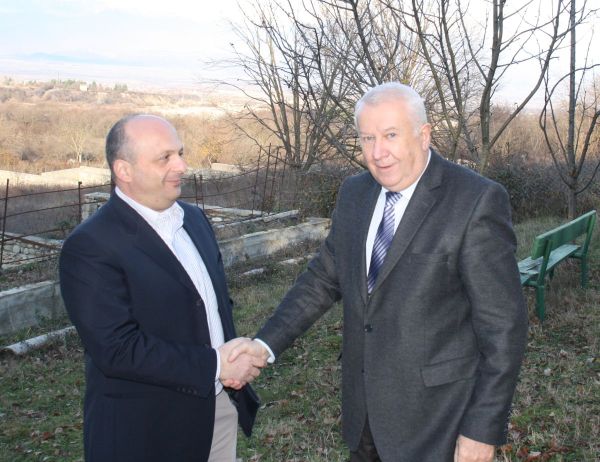