On 21 February Joshua Fischel, Regional Refugee Coordinator at the US Embassy in Georgia, visited Field Office Mtskheta. He received a comprehensive briefing from the Field Office Chief, Mat Whatley, on the EUMM mandate, Field Office activities, daily tasks and priorities. The general situation of Internally Displaced Persons, their living conditions and security concerns were included in the brief.

Mr Fischel later joined a Human Security Team patrol which explained and demonstrated the procedures followed by EUMM. The patrol also visited the IDP settlements in Tserovani, Tsilkani and Prezeti. During the patrol the US representative spoke to a number of IDPs who told him their concerns and the issues they have to deal with on a daily basis. 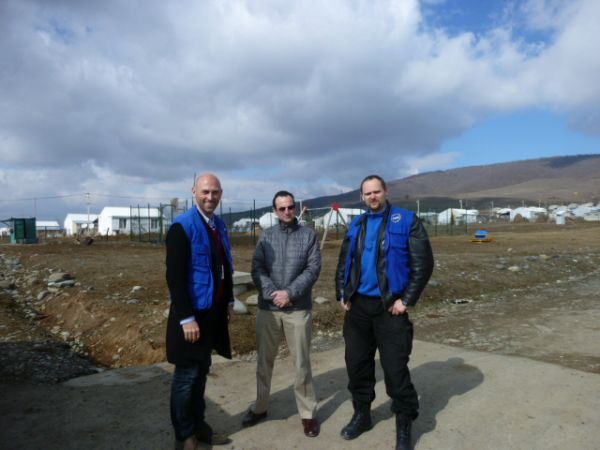