The civilian EU Monitoring Mission in Georgia helped the demining NGO ‘HALO Trust’ locate unexploded bombs from an aircraft downed during the 2008 conflict. The bombs have now been destroyed and no longer pose a threat to the inhabitants.

Unexploded bombs and other devices remain often in disputed areas once the conflict has ended. The Administrative Boundary Line (ABL) with South Ossetia is no exception. Since 2008, most unexploded ordinances have been located and marked, and some have been disposed of by the HALO Trust, an NGO focusing on demining.

In the aftermath of the 2008 conflict, the EU Monitoring Mission (EUMM) was made aware of unexploded aircraft bombs close to the Administrative Boundary Line. EUMM patrols helped identify the exact locations of the unexploded ordinances that represented a security threat to civilians in the area, including woodcutters.

However, it was only in 2017, with the encouragement of the EUMM, that decision-makers considered the proposal to remove them. An action plan was devised to locate and destroy this unexploded ordinance, which lay in the difficult to reach and densely forested terrain where the aircraft had come down. It took almost two years to finalise this plan, and with the support of the EUMM, agreement was reached for the HALO Trust to proceed. All the unexploded devices carried by the crashed aircraft were safely destroyed on site during four days in the summer of 2019.
EUMM informed the population and authorities of planned activities
In order to reassure communities on both sides of the Administrative Boundary Line, the EUMM maintained a presence in the wider area whilst the HALO Trust undertook further searches and assessments in the vicinity of the downed plane. In advance of the HALO Trust’s operation to execute controlled explosions, the EUMM conducted patrols and informed local inhabitants of the planned activities. The Mission also liaised with the HALO Trust team at their operational basecamp to discuss their daily activities and then communicated these plans to the South Ossetian de facto authorities via the EUMM-managed Hotline - in order to avoid confusion and to allay fears regarding safety and security in this area.
Local residents expressed their great appreciation for the EUMM’s information sharing and reassuring presence in the wider vicinity while the unexploded aircraft bombs were destroyed.
Established in October 2008, EUMM is an unarmed civilian monitoring mission. EUMM works with an average of 320 staff on the implementation of the Six-Point Agreement between Georgia and Russia to stabilise and normalise the situation on the ground while informing EU policy makers.  As the only constant international monitoring presence in Georgia, EUMM plays a fundamental role in reducing tensions and contributing to the provision of human security to the conflict-affected population.
The HALO Trust is the world’s largest humanitarian mine clearance organisation. The organisation leads the effort to protect lives and restore livelihoods for those affected by conflict. The HALO Trust removes landmines and makes safe other weapons such as cluster bombs, stockpiles of small arms and improvised explosive devices (IEDs). 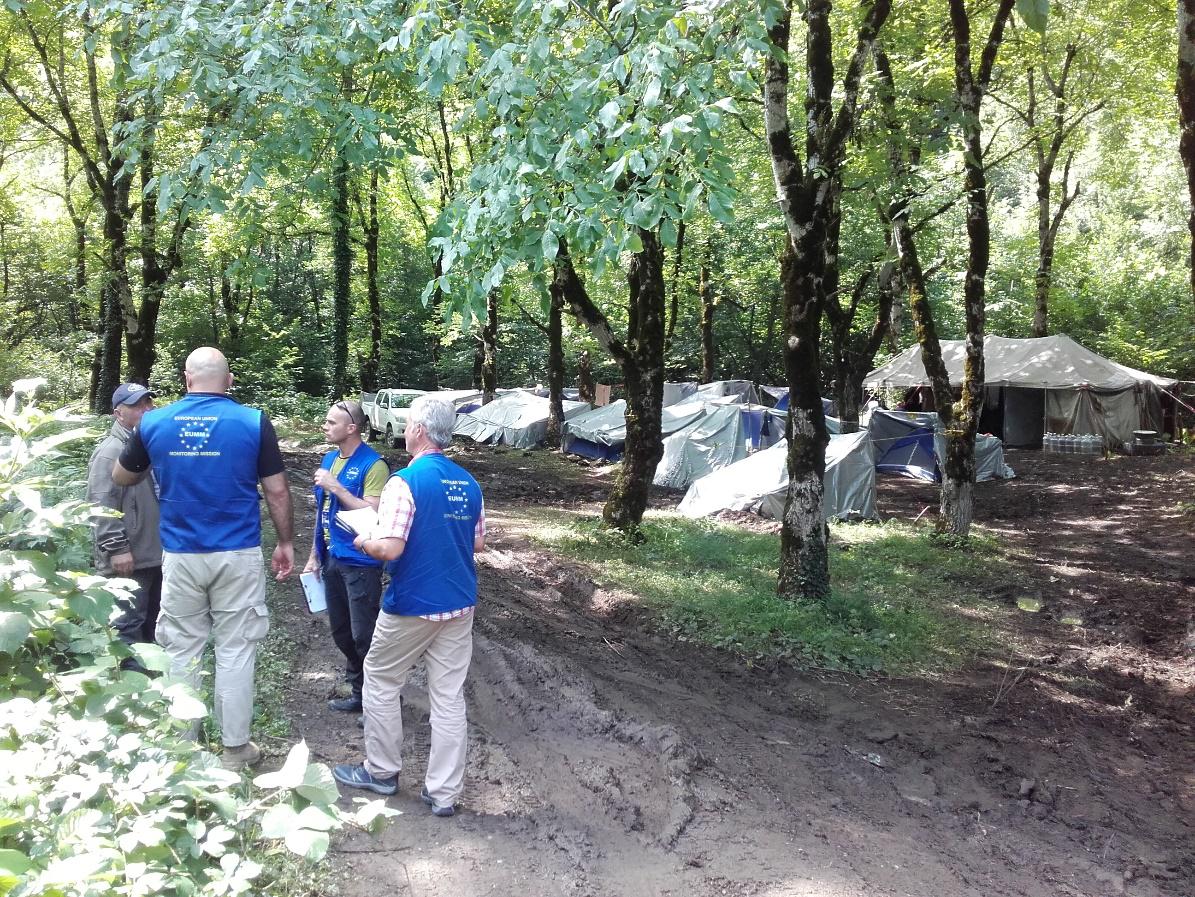