On 12 December 2019, Deputy Head of the EU Monitoring Mission in Georgia (EUMM), Kate Fearon, met with the students of the International Black Sea University, who aspire to become International Relations experts in the future.

The Deputy Head of Mission in her lecture explained to the audience that the Mission has been operating for over 11 years, patrolling 24/7 in the areas adjacent to the Administrative Boundary Lines, as well as the rest of the territory under the control of Georgian authorities.

The lecture also included the history of the implementation of the Six-Point ceasefire Agreement, the deployment of the EUMM to Georgia and use of confidence building mechanisms: the Incident Prevention and Response Mechanism (IPRM) meetings and the Hotline. Ms. Kate Fearon also highlighted the Mission’s engagement with civil society both at national and international level.

The lecture stressed the role of the Mission in promoting stability and confidence building in areas inhabited by the conflict-affected population, as well as the Mission’s important role in observing and assessing the security situation in Georgia and the wider region.

Ms. Fearon underlined that the EUMM remains strongly committed to its role as an impartial observer of events, enabling reports sent to EU colleagues in Brussels and Member State capitals, so as to ensure they are well-informed about the situation in Georgia.

The audience, which consisted of forty students, demonstrated a vivid interest in the Mission’s work during the question-and-answer session, which followed the lecture. The students were interested to hear more about the Deputy Head of Mission’s assessment of the latest developments at the Administrative Boundary Lines, including recent tension in the area of Chorchana-Tsnelisi. The discussion proved to be lively and stimulating.

Deputy Head of EUMM, Kate Fearon, explains the role and the mandate of the Mission

A student asks a question with regard to conflict resolution 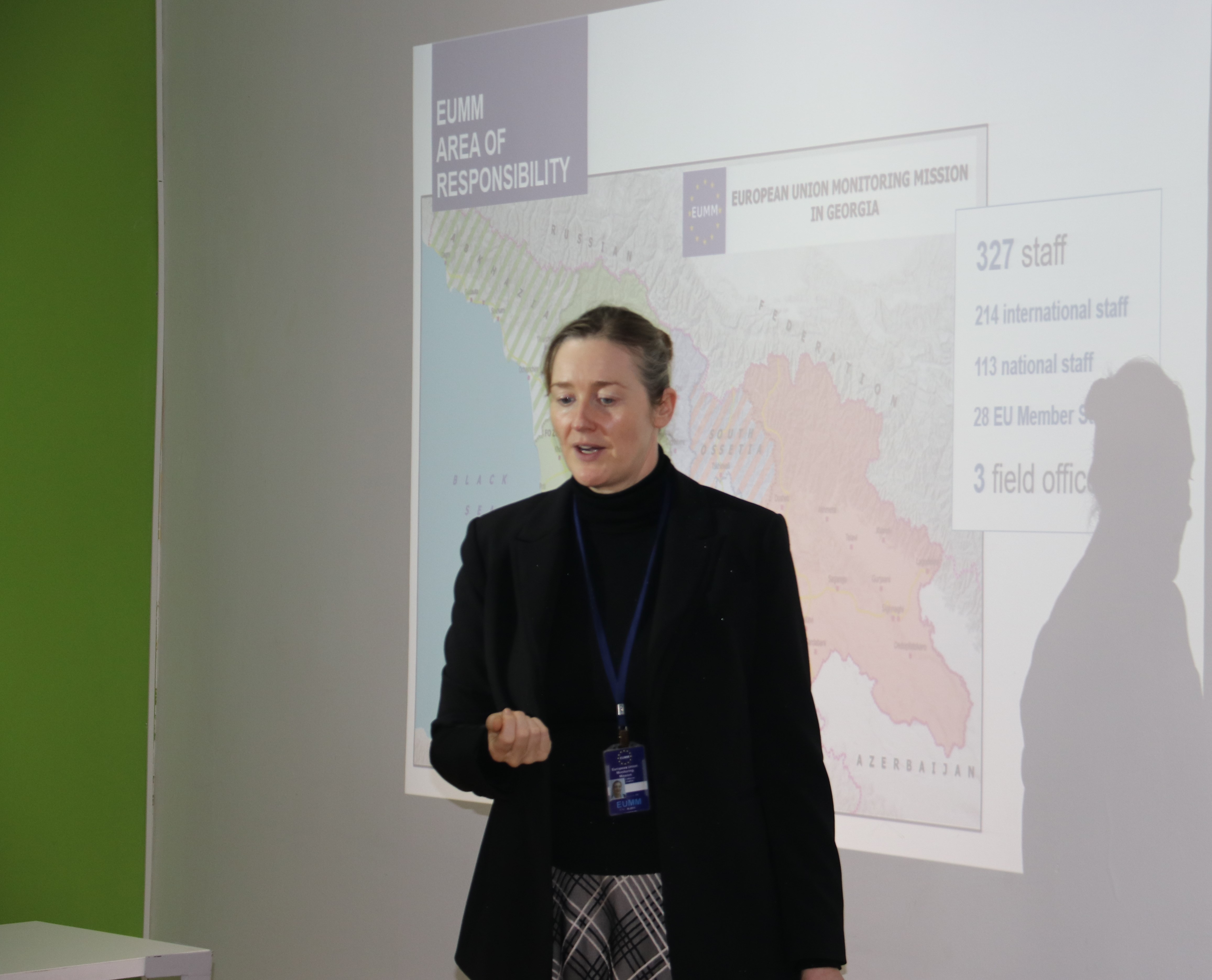 During the question-and-answer session,  he audience, which consisted of forty students, demonstrated great interest in the Mission’s work.