Ambassador Grau noted the crucial role EUMM plays at the Geneva International Discussions where the Head of Mission regularly presents his impartial report on the security situation on the ground. She also underlined the necessity of the resumption of the Incident Prevention and Response Mechanism meetings in the Abkhaz theatre. The Swiss visitors were briefed about recent Mission activities and the latest developments in the areas adjacent to the Administrative Boundary Lines. Ambassador Grau was especially interested in the humanitarian situation, in particular the freedom of movement of the local population. The importance of the Hotline was stressed in ensuring timely and effective communication amongst the parties and its impact in defusing situations that could possibly lead to an escalation of tension. 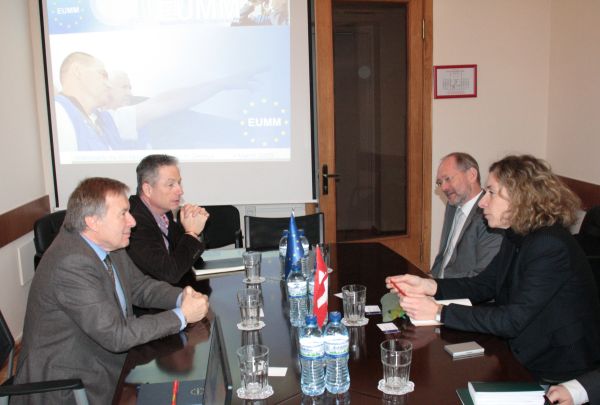