Human Rights Day 2021: EUMM marks the end of the 16 Days of Activism against Gender-based Violence campaign

On today’s Human Rights Day, EUMM wraps up the 16 Days of Activism against Gender-based Violence campaign which started on 25 November, the International Day for the Elimination of Violence against Women. This year’s Human Rights Day is marked under the slogan "All Human, All Equal", highlighting that all human beings are born free and equal in dignity and rights.

EUMM organised various outreach activities with conflict-affected communities and youth along the Administrative Boundary Lines (ABLs) to raise awareness on gender-based violence, which continues to be a pervasive and serious human rights violation affecting 1 in 3 women globally.

Wishing trees
Field Office Zugdidi organised a “Wishing Tree” outreach activity in schools in Pakhulani, Tskoushi and Ganmukhuri near the ABL. Over 150 youth were directly reached through this awareness raising activity, with students writing messages of support to gender equality, human rights and the fight to end gender-based violence.
Students’ messages underlined that everyone has a right to a life free from violence:
“Say ‘No’ to violence, Say ‘No’ to discrimination, Say ‘No’ to violence against women. Let’s protect everyone’s rights and create a better, fairer society!”
EUMM’s Field Office in Gori conducted outreach presentations in schools and the Gori University, and Field Office Mtskheta conducted an information sharing meeting with civil society organisations to exchange information related to gender-based violence prevention and response measures and existing challenges in conflict-affected areas.
Art contests
EUMM also organised art contests for schools in ABL areas and settlements for internally displaced persons, receiving submissions from youth from 16 schools on the theme “What would a world without gender-based violence look like?”
EUMM also supported the Gori Women’s Shelter in producing a booklet with inspiring stories from survivors of gender-based violence, highlighting the importance of the provision of essential services for violence survivors, especially during the ongoing COVID-19 pandemic which has further increased different forms of gender-based violence.
Monitors handing out flyers to local communities. 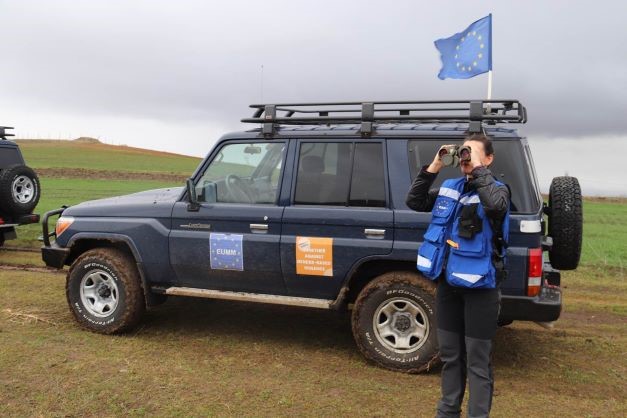 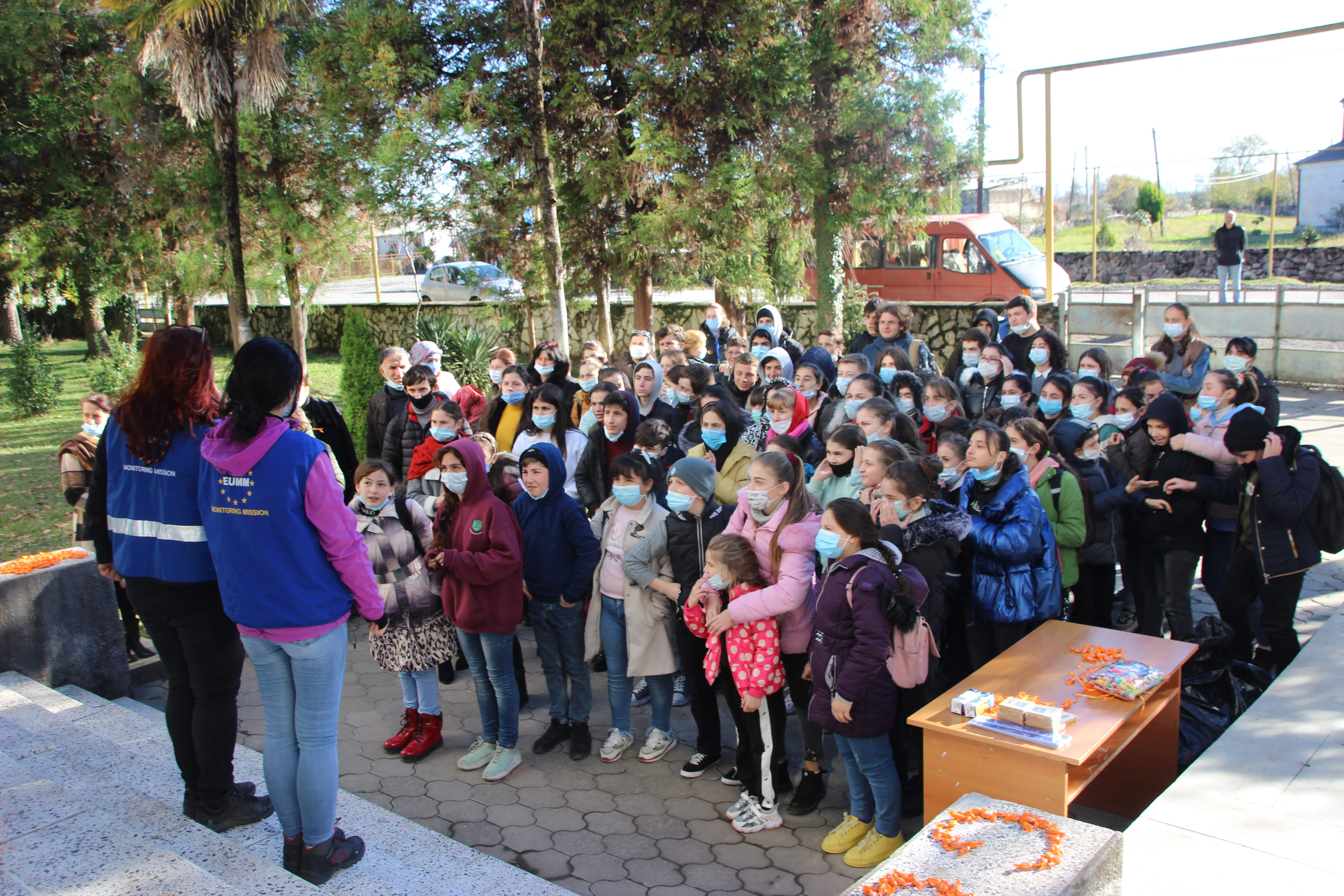