On  2 April Viola von Cramon, Member of the German Bundestag, visited the EUMM Field Offices in Gori and Zugdidi. MP von Cramon was accompanied by Dr Guido Müntel, Head of the Economic Section and Head of the Legal and Consular Affairs Section of the German Embassy in Tbilisi.

Ms Viola von Cramon was visiting Georgia for the fifth time in the framework of inter-parliamentary relations between Germany and Georgia. During her stay in Georgia she met with Georgian Parliamentarians, officials and NGO representatives. She also visited Abkhazia where she met members of the Abkhaz de-facto Parliament. In her capacity as Spokeswoman on Foreign Relations of the EU for her Parliamentary Group, she was particularly interested in the work of the EUMM and has in fact visited the mission previously.
MP von Cramon visited Field Offices in Zugdidi and Gori. In Field Office Gori, the delegation was briefed about the current security and humanitarian situation along the Administrative Boundary Line (ABL) to South Ossetia, and they also had the chance to meet with the Mission members seconded by the German Government.

MP von Cramon, who is an expert on sustainable and ecological agriculture, showed particular interest in the irrigation systems in the area adjacent to the ABL. She also expressed her hope and expectation that the parties to the conflict would find a common approach aimed at resolving outstanding issues for the overall benefit of all affected populations." 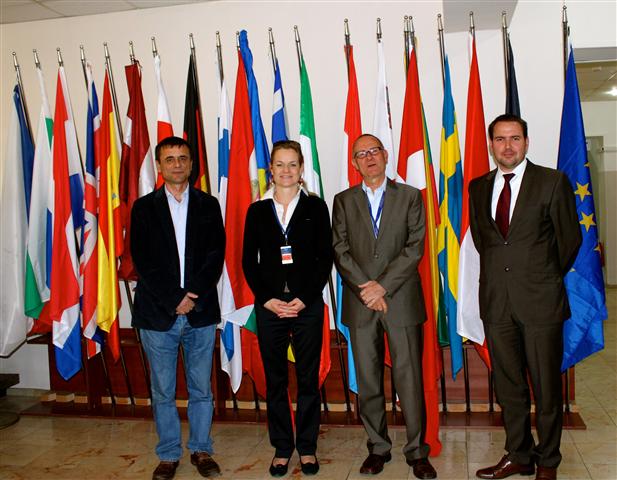