Miroslav Lajčák, the Minister of Foreign and European Affairs and Deputy Prime Minister of the Slovak Republic, paid a visit to EUMM on 09 April.
He praised the Mission’s hard work, acknowledging the difficulty of its task, and offered his continued support to EUMM in discussions within and without the European Union.
“The Slovak Republic will continue to support the existence of EUMM in its current capacity,” Minister Lajčák said. “We will also continue to contribute staff to the Mission.”
Andrzej Tyszkiewicz, the Head of EUMM, thanked Minister Lajčák for his personal support to the Mission, both as a Foreign Minister and in his previous position as a Managing Director for Russia, Eastern Neighbourhood and the Western Balkans in the EUs External Action Service (EEAS).

Ambassador Tyszkiewicz also seized the opportunity to thank the Slovak Republic for its support, both from a financial and human resources point of view.
Minister Lajčák, who was accompanied by Milan Zachar, the Ambassador of the Slovak Republic to Georgia and Turkey, as well as several members of his Ministry, talked to the members of EUMM’s Slovak contingent, expressing his appreciation for their work. The Slovak delegation then moved to Mtskheta to visit EUMM’s Field Office and find out more about EUMM monitors’ daily work along the Administrative Boundary Lines. 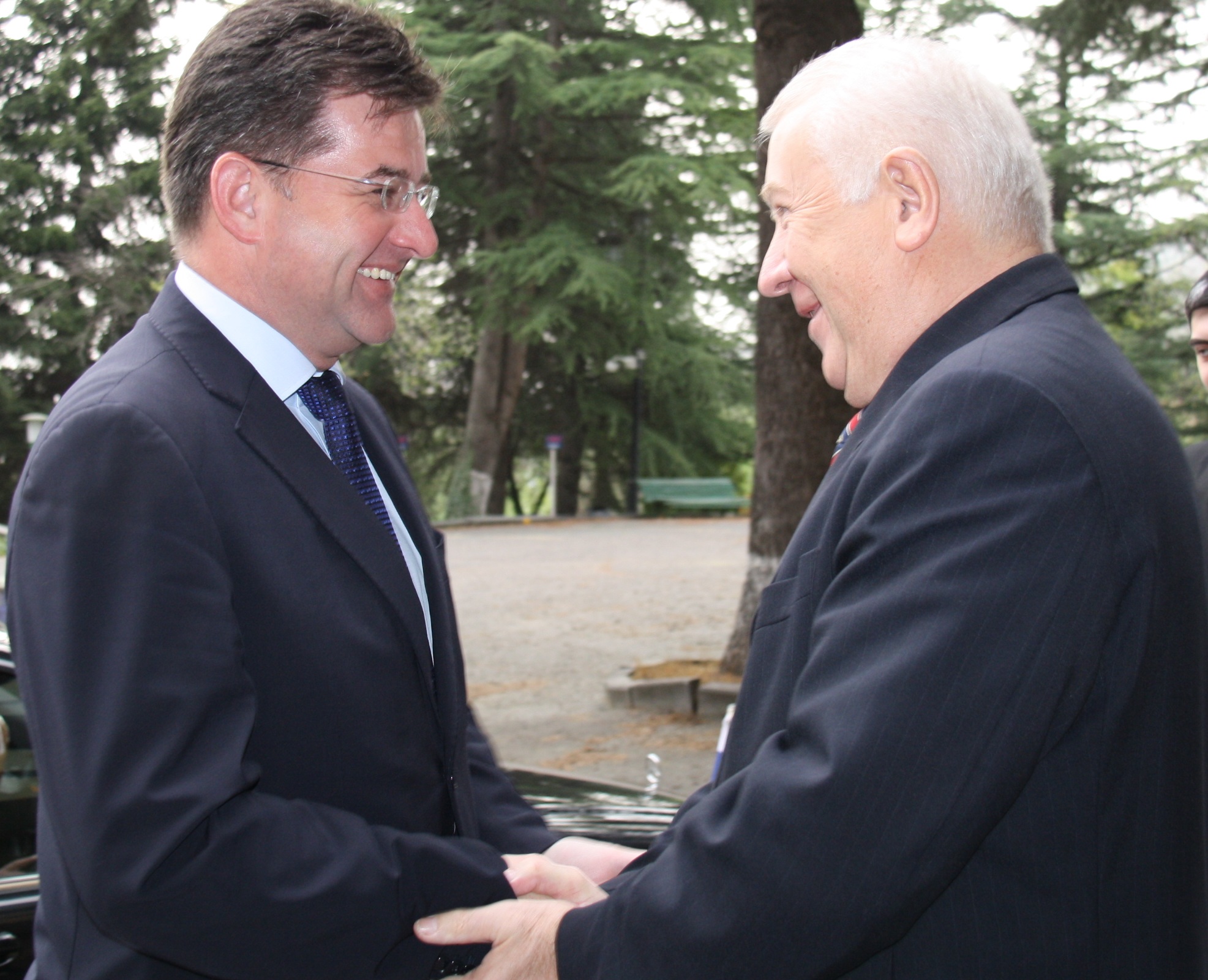