On 25 April a delegation of Belgian, Luxembourgish and Dutch diplomats visited EUMM.

“You can rest assured that you have the full support of our capitals,” said Jean-Arthur Régibeau, Political Director at the Belgian Ministry of Foreign Affairs. “Your mission projects the kind of policy, so-called ‘soft’ policy, we wish for.”

Similarly, Georges Friden, Political Director at the Ministry of Foreign Affairs of the Grand Duchy of Luxembourg, said that during their two-day visit in Georgia the importance of EUMM’s role had been repeatedly stressed.

The delegation showed particular interest in the impact of the conflict on people’s livelihood, and encouraged the pursuit of local solutions to communities’ concerns.

Ambassador Andrej Tyszkiewicz seized the opportunity to thank all three countries for their support and contribution to the Mission.

The delegation also visited Field Office Mtskheta and joined a patrol to the Administrative Boundary Line at Odzisi. "It is good to have a look ourselves  to see what EUMM is doing on the ground and how it implements its mandate", Mr Regibeau said after the patrol. 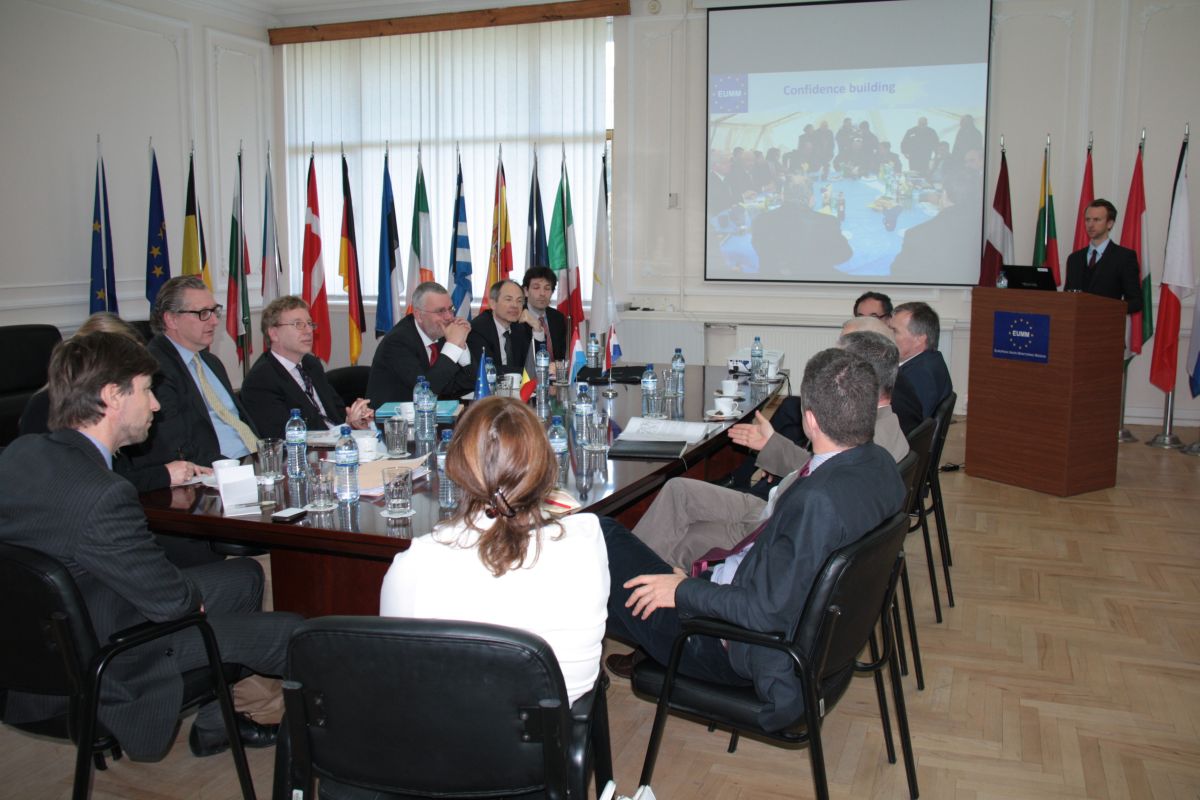