On 26 of March a delegation from the European Parliament visited EUMM Field Office Gori. At the arrival in Gori they were welcomed by Mr. Ryan Grist, Deputy Head of EUMM, and received a general briefing by Hans Schneider, Field Office Chief, on the current situation along the Administrative Boundary Lines (ABL) with South Ossetia and Abkhazia.

The delegation of three Members of European Parliament, Mr Milan Cabronoch (Czech Republic), Mr Jan Brezina (Czech Republic) and Ms Gabriele Stauner (Germany), was accompanied by Mr Philippe Kamaris, Ms Françoise Claes and Mr Jakub Geier. The visitors were particularly interested in the livelihood of people along the ABL and the efforts of the EU Monitoring Mission in supporting confidence building measures such as the tools of the Incident Prevention and Respond Mechanism (IPRM) meetings and Hotline.

Later on, the delegation joined a patrol to the ABL with South Ossetia to have first-hand knowledge on the effects and impact of borderisation affecting the people living adjacent to ABL.

The European Parliament delegation is visiting Georgia for the 16th meeting of EU-Georgia Parliamentary Cooperation Committee. 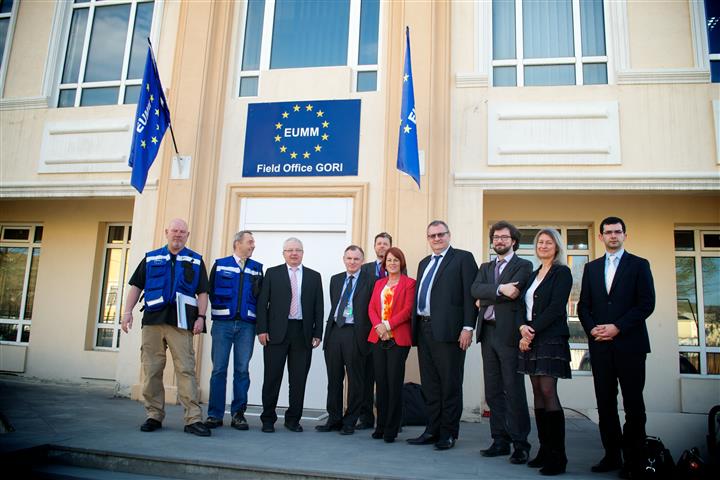