Head of EUMM Toivo Klaar meets the President of Georgia

On 28 March Toivo Klaar, the Head of the EU Monitoring Mission, held a meeting with Giorgi Margvelashvili, the President of Georgia. The meeting was held in a warm and friendly atmosphere. The sides exchanged views on current developments in Ukraine and their possible impact on the region. The main focus of the discussion was on the situation along the Administrative Boundary Lines (ABL) with Abkhazia and South Ossetia.

The President appreciated EUMM’s contribution to improved stability in Georgia, in particular along the Administrative Boundary Lines. He also expressed his concern regarding the continued building of obstacles along the ABLs. Mr Klaar agreed that fences do not contribute to sustainable conflict resolution and stressed the negative impact of fences on livelihood issues of local communities on the both sides of the ABLs. Mr Klaar also stressed the importance of an active engagement policy by the Georgian authorities in line with the sentiments expressed by the President during his inauguration speech. 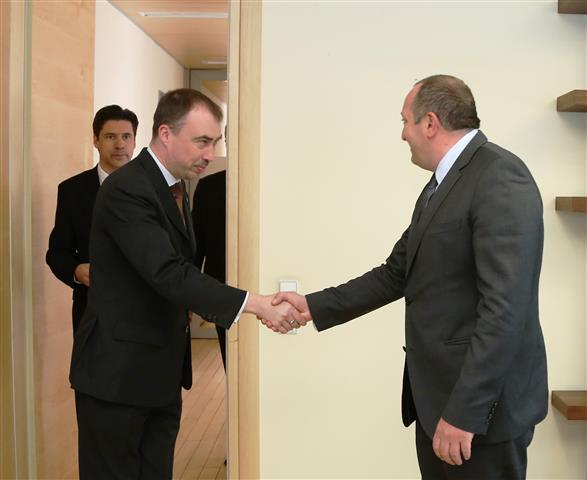