On 06 May 2014 the EU Monitoring Mission launched the second edition of the EUMM Special Prize for Peace Journalism within the framework of the EU Journalism Prize. The event was attended by a wide range of journalists, NGO and civil society representatives, as well as officials from international organizations and embassies.

The Prize seeks to recognise and reward conflict-sensitive journalistic work, empowering reporters to cover conflict situations constructively. The winner will be granted a EUR 5,000 voucher to participate in a fellowship at the Institute for War and Peace Reporting in London.

“Peace journalism focuses on what brings people together, rather than what divides them,” explained Head of EUMM Toivo Klaar. “It portrays events against a wider background, rather than in isolation. This sounds very much like what we do at EUMM. One of the components of our mandate is to help build confidence between communities living on both sides of the Administrative Boundary Lines with Abkhazia and South Ossetia.”

Journalists from all regions of Georgia are invited to submit a piece of print, online or audio-visual reporting by 03 November 2014. Entries can be submitted in English, Georgian, Russian, Abkhaz or Ossetian and should have been originally published or broadcast between 1 October 2013 and 30 October 2014.

The winner of last year’s edition of the EUMM Special Prize for Peace Journalism, Olesya Vartanyan, a journalist with Ekho Kavkaza, is currently in London. In a video message, she encouraged fellow journalists to participate in the Prize, as it offers many networking and editorial opportunities. 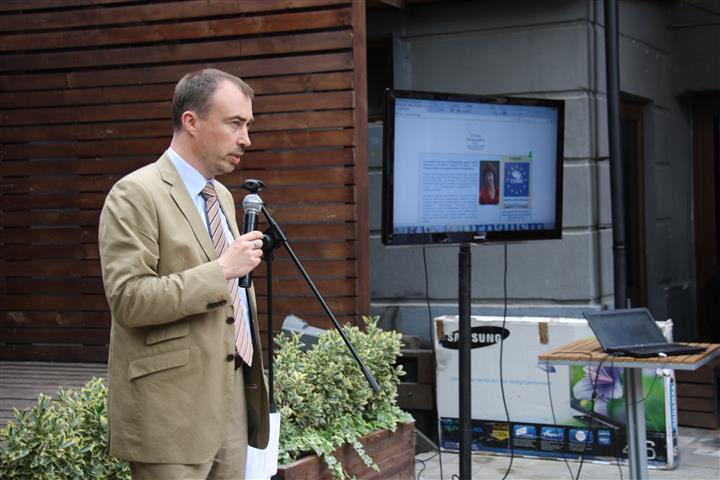