From 2 to 4 December the Mission hosted 16 officials from Armenia, Belarus, Georgia, Moldova and Ukraine, five of the EU Eastern Partnership countries.
The visit was organised by the European External Action Service (EEAS), the Ministries of Foreign Affairs of Poland and Sweden and the Folke Bernadotte Academy with the aim of enhancing cooperation among Eastern Partnership countries on CSDP matters. The objective was to gain a better understanding of CSDP civilian missions in the field, so that Eastern Partnership countries can be better prepared to send personnel to CSDP civilian missions.
On the first day of the visit the delegation visited the EUMM Headquarters in order to get an insight into the operationalization of EUMM’s mandate. On the following day, the delegation visited EUMM’s Field Office in Gori, where they received detailed information about the Mission’s patrolling and monitoring activities. Team members spoke to the delegation members about their day-to-day experience as monitors.
Launched in 2009, the Eastern Partnership is a joint initiative between the EU, EU countries and the eastern European partner countries. It enables partner countries interested in moving towards the EU and increasing political, economic and cultural links to do so. It is underpinned by a shared commitment to international law and fundamental values - democracy, the rule of law and respect for human rights and fundamental freedoms - and to the market economy, sustainable development and good governance. 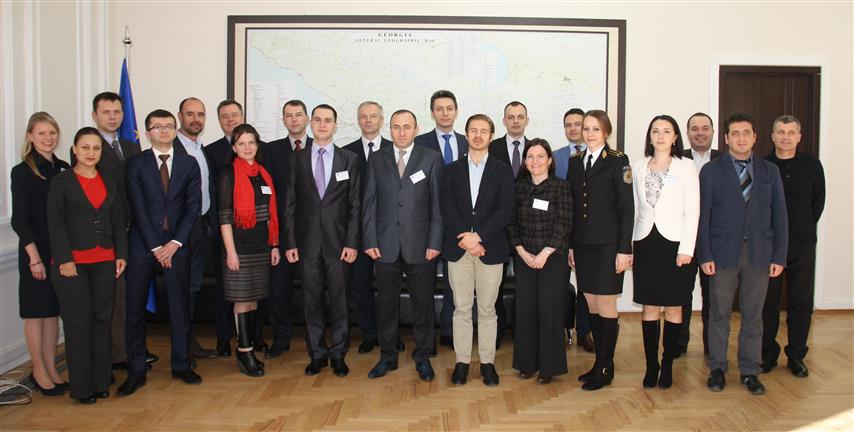