EUMM conducts school presentations on the campaign against gender-based violence

On 28 November, EUMM monitors from the Field Office Mtskheta (FOM) visited the Ksani school in order to raise awareness about the “16 Days of Activism Against Gender-Based Violence" and the “White Ribbon" campaigns. Fifty teenage pupils from three different schools Ksani, Tsikhisdziri (Azerbaijani minority) and Dzveli Qanda (Assyrian minority) attended the event. The event was co-organized by the Gender Equality Network and the Committee of the anti-Violence Network in Mtskheta and Mtianeti Region.
The Field Office Mtskheta held two presentations explaining the campaigns, the EUMMs mandate in Georgia and its link to the campaign. The presentations focused on the EUs comprehensive approach on gender equality and its commitment to implement the UN Security Council Resolution 1325 and 1820 in all CSDP operations. The link between gender-based violence and human rights was highlighted.

On 03 December, monitors from FOM visited the Chilurti school, where twelve teenage pupils coming from Chilurti and Ebnisi villages, in the administrative boundary line (ABL) vicinity, attended the EUMM presentations. The presentation was followed by discussions regarding the “16 Days of Activism against Gender-Based Violence” and the “White Ribbon” campaigns.

On the next day, 04 December, Field Office Mtskheta conducted similar presentations in the Gremiskhevi school, in the vicinity of the ABL, where fifteen students and twelve teachers actively participated in the discussion. 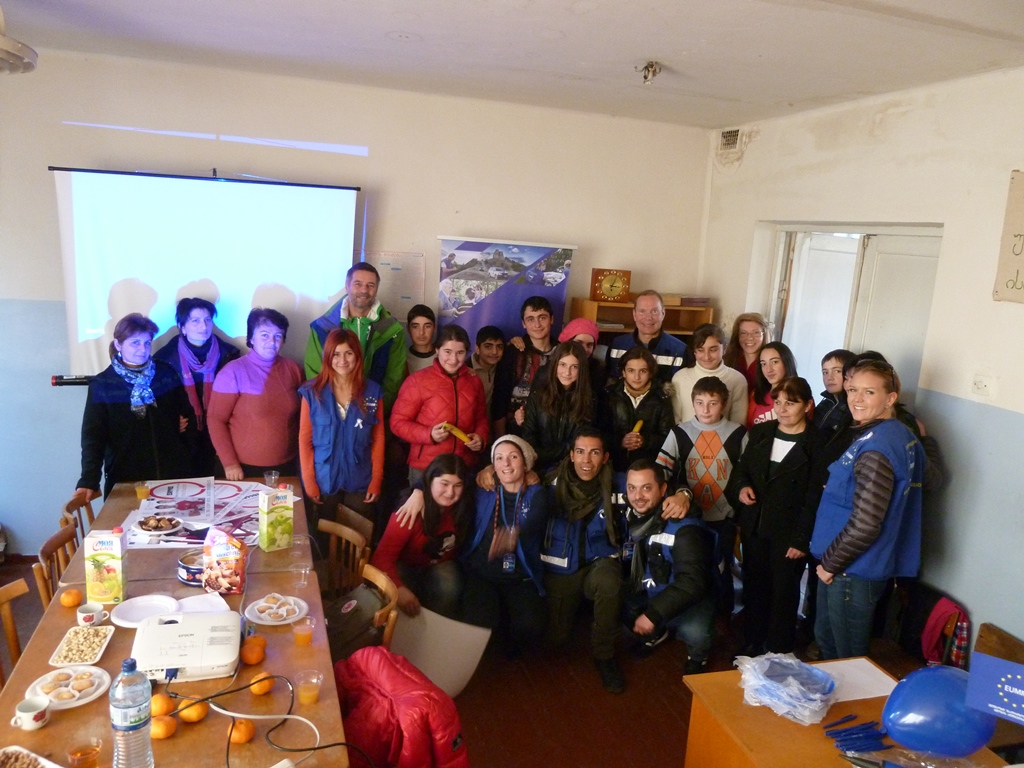