Patrol no. 14,000 went to the Administrative Boundary Line (ABL) and observed the general security situation and the freedom of movement in the area - an important task that Field Office Mtskheta has been doing for many years now, and will continue to carry out! 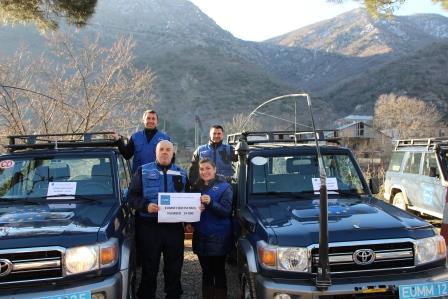 Members of the patrol including Patrol Leader Nikolaos Koumenos together with Daniel Bednar, Ivan Luchkov and Language Assistant Nino Bregvadze.