For the upcoming International Women’s Day tomorrow, Field Office Mtshketa has made a ‘women’s profile’ interview with Ms. Nana Chkareuli - Executive Director for the NGO "For a Better Future". The NGO works to empower women and youth and is active in the Tserovani IDP Settlement. Field Office Mtskheta has over the years been visiting NGOs on a regular basis, not least when the Mission conducts VIP patrols to the Settlement.

EUMM: What was your motivation to establish the NGO “For a Better Future”?

Ms. Nana Chkareuli: Before the conflict in 2008, I was running an NGO in Akhalgori covering youth related topics. Then I became an IDP and I realized that there are new post-conflict challenges. I decided to establish “For a Better Future” with my friend Ms. Maka Mtsituri, who also comes from Akhalgori. In our organization we have only female workers.

EUMM: Why only females?

It was not designed to be a women’s organization. However, generally, women are more involved in civil society actions.
EUMM: How do you consider women’s role in a crisis situation and peace building processes?

Women’s role is definitely crucial in crisis situations and ethnic conflicts. While men go to war, women have to stay at home and they are trying to balance the situation. I can recall one event which occurred after the conflict period when an IDP Woman organized an action under the slogan “No more war” on a War Hero Brothers Cemetery in Tbilisi in order to raise awareness of the devastating aftermaths of war.

EUMM: And now after the conflict, do you recognize any differences between IDP men and women’s daily life?

In the post-conflict society, it is  mainly women who have to struggle with socio-economic problems. At the early stage, men are very frustrated and women have to be more mobilized and motivated to keep family life going. As time goes by, men are trying to focus on work and women are fulfilling their domestic duties. From this point of view, this is the same situation as in many other villages in Georgia. The men and women’s role in society are defined by culture, tradition and religion. Some time ago, we supported a project to shoot a movie under the title “Because I am a woman” which was about women’s lives in IDP settlements. In fact, the issues raised in this movie are related more to the culture than to the IDP situation.

EUMM: From your perspective, what are the most significant current problems related to Georgian women?

There are a lot of problems, but the biggest is the lack of awareness. The great majority of women in Georgia do not consider gender based problems to have an important impact on their lives. Although, we were trying to encourage women from Tserovani IDP Settlement to take part in actions organized in the framework of the “16 Days of Activism Against Gender-based Violence”, but at the end we had only five participants. All the more, I’m convinced that we should support to build solidarity among women.

EUMM: Do you see any differences between the young and older generation on this issue?
Definitely, young people are more open and more eager to engage in the fight for their civil rights. Since the borders are open, they can compare situations between different countries. They are gaining experience abroad and they are more aware of Human Rights and gender issues. They are our hopes for better future! 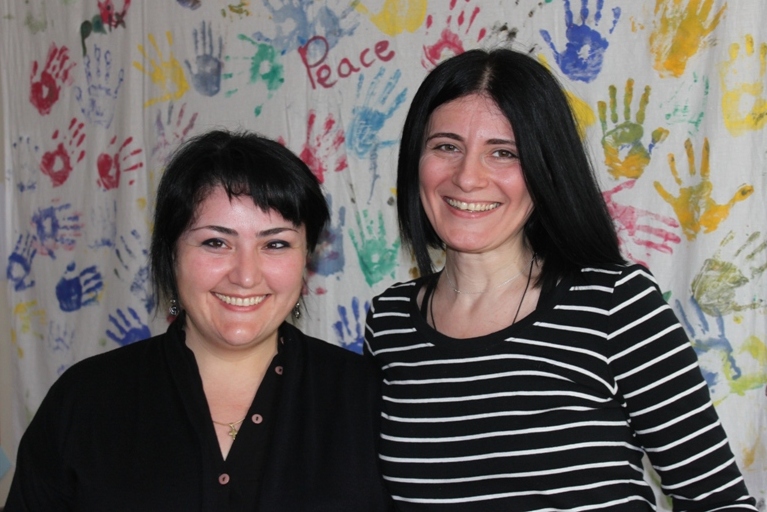