The EU and Georgia together - Human stories behind EU-Georgia cooperation

The objective of their video project was to produce a series of portrait videos to illustrate the full spectrum of EU-Georgia cooperation. Among the EU-family, the EUMM had been asked to come up with a portrait story targeted at the local population living in the vicinity of the ABL and directly affected by the conflict. In light of this, FOM assisted in arranging portrait interviews with well-known interlocutors to the Field Office living in the close vicinity of the South Ossetian ABL.

The family interviewed described to the film team how their lives have been affected by the conflict. The house where they live is, for example, surrounded by security actors in all directions and different kinds of “borderisation” infrastructure are just a few steps away. Therefore, the family expressed their great appreciation to the film team - while recording - that the EUMM is patrolling in the area because it makes them feel safe. The local population escaped from the village as a direct consequence of the conflict, but when EUMM started patrolling in the area, the locals moved back.

The series of portraits will be shown in the Eurovillage in the centre of Tbilisi on the EU-day celebrations on 8 May. It will also be broadcast on Georgian national television and through various social media platforms and via partners. 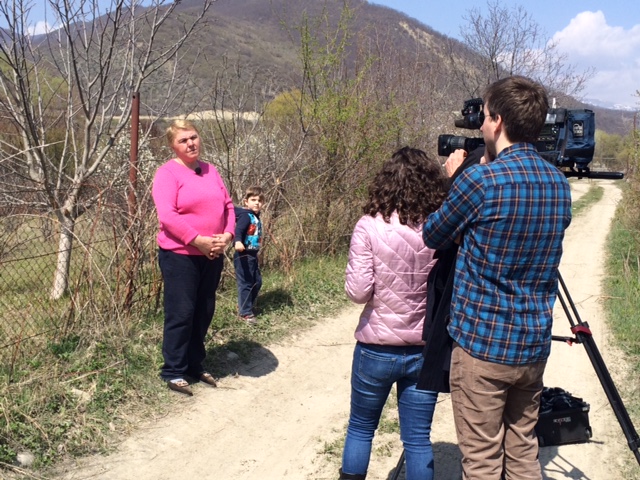 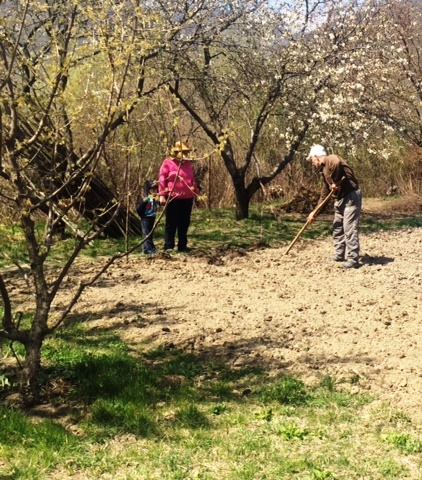 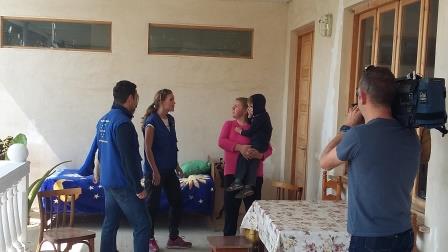 Monitors Jiri and Matilda with Tamara