EU Monitoring Mission Georgia observes a one-minute silence in commemoration of the terrorist attack, which occurred in Brussels on the 22 March 2016

At 13:00 hours on Wednesday 22nd March 2017, European Union Monitoring Mission (EUMM) staff members from the Mission Headquarters in Tbilisi, as well as the Mission’s Field Offices in Mtskheta, Gori and Zugdidi gathered for ‘one minute’s silence’ to express condolences, pay tribute and solidarity with the victims of the terrorist attack which took place in Brussels Airport and Maelbeek Metro Station on the 22 March 2016.

Despite the passing of one year, all EUMM staff will remember the families and victims of that terrible event. They are especially in EUMM staff memories today.

The EU, the European External Action Service and other Common Security and Defence Policy Missions also remember the tragic event. 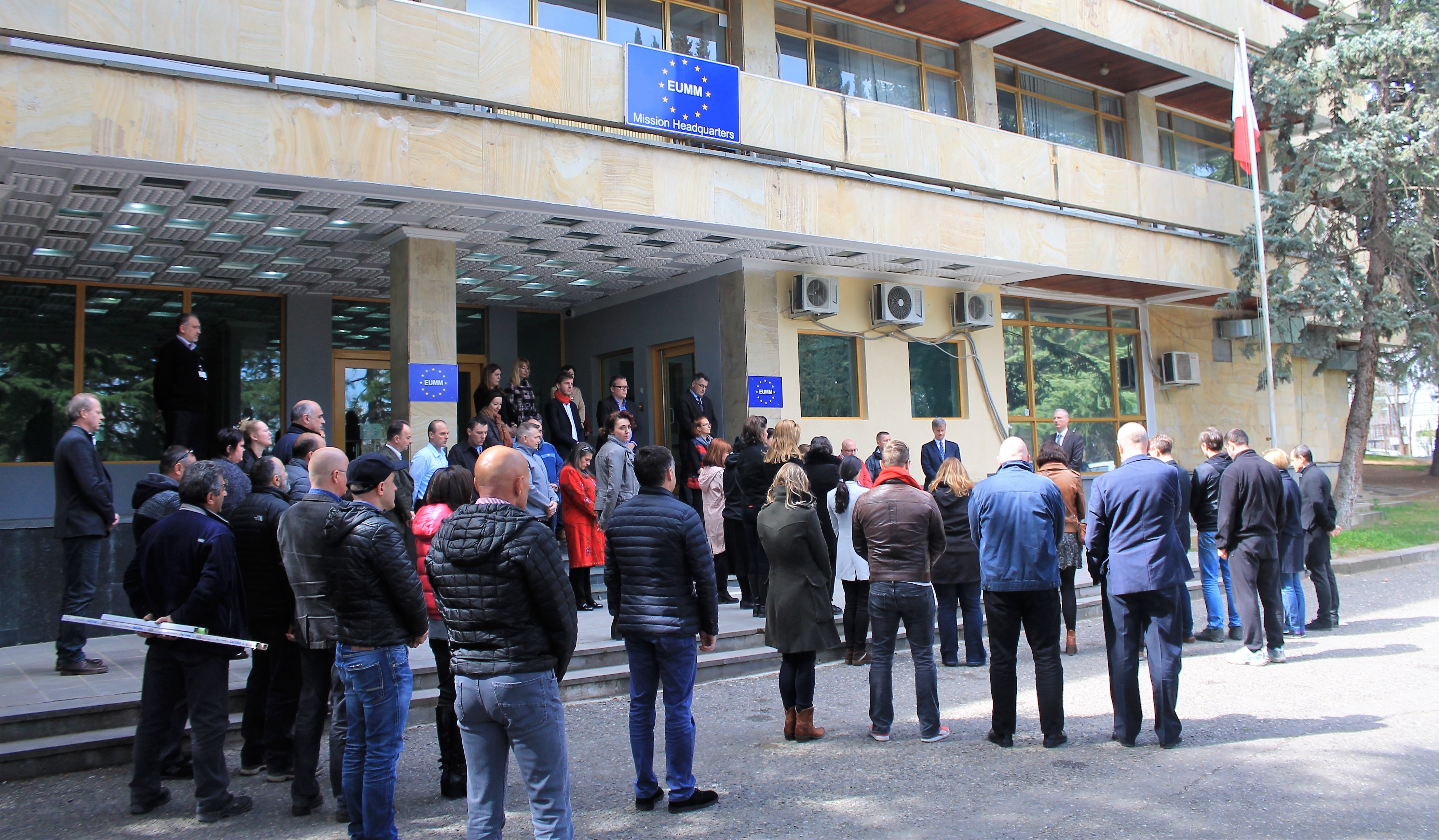 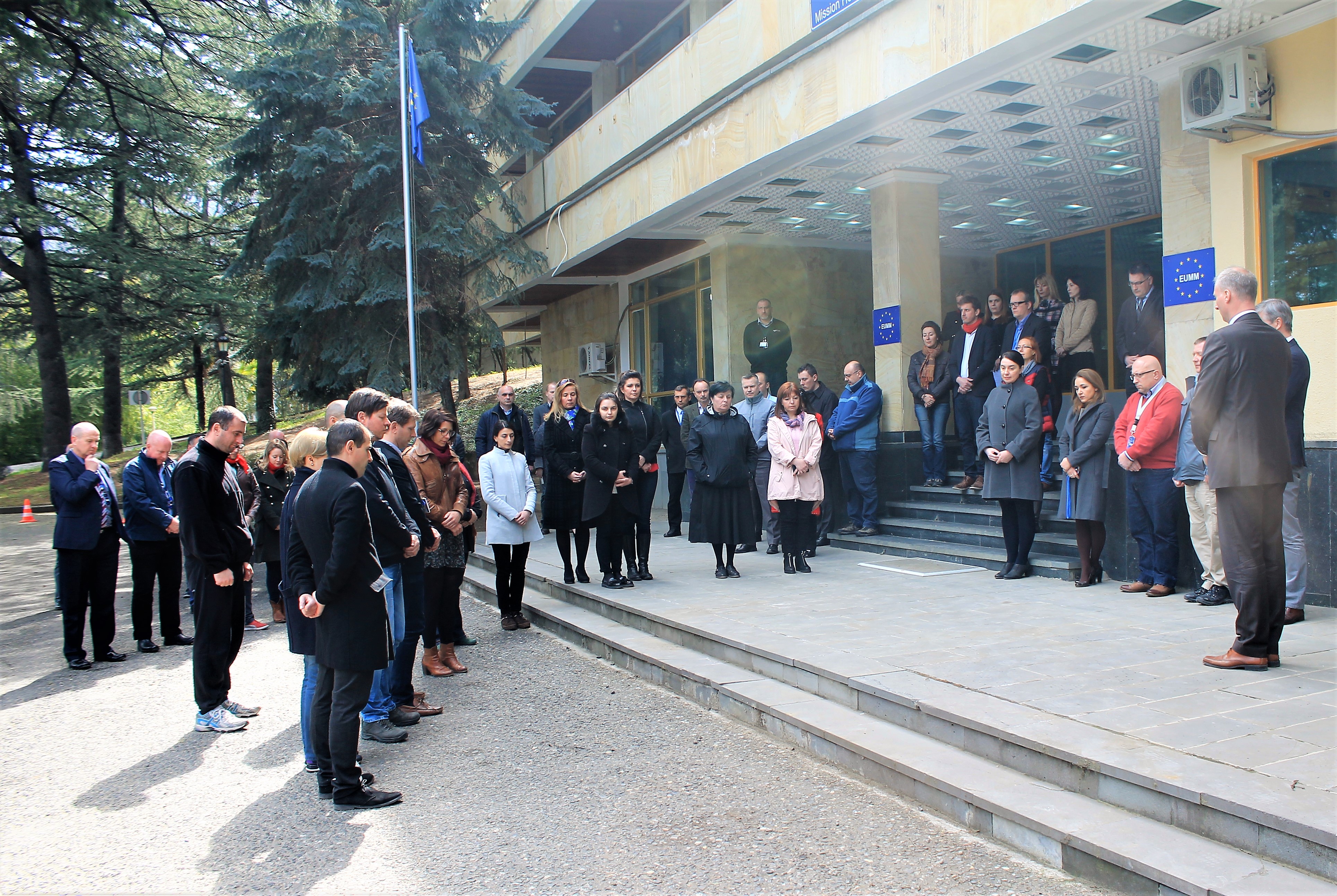