By awarding the best work in print, broadcast, online, and photojournalism, the Prize encourages professionalism and ethical conduct in Georgian journalism. The Prize is awarded in seven categories for works published or aired between 19 November 2016, through 31 October 2017.

One of the seven categories is the EUMM Special Prize for Peace Journalism. This Prize is awarded for the best conflict-sensitive journalistic work contributing to confidence-building and peace in the context of armed conflicts in Georgia. The winner of this category will be awarded a one-month fellowship with the Institute of War and Peace Reporting in London.

“I believe that journalists can help bridge the divide between the parties of the conflict. We are therefore looking for new ideas, sharp angles – but soft and sensitive approaches, and for professional integrity of the journalists covering conflict related issues”, said the Head of The European Monitoring Mission, Ambassador Kęstutis Jankauskas at the launch of the EUMM Special Prize for Peace Journalism.

The other categories are:

The winners of these categories will receive 1,250 Euros each. The deadline for submission of entries is 1 November 2017. The application form, rules and submission guidelines are available at http://www.euprizejournalism.ge/ 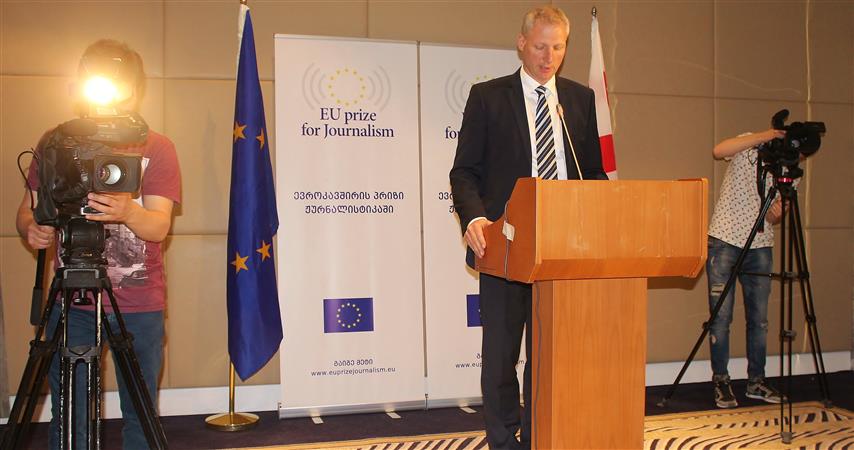 On 3 May 2017, the Head of the European Union Monitoring Mission, Kęstutis Jankauskas launched the 2017 The EUMM Special Prize for Peace Journalism at the Biltmore Hotel in Tbilisi. 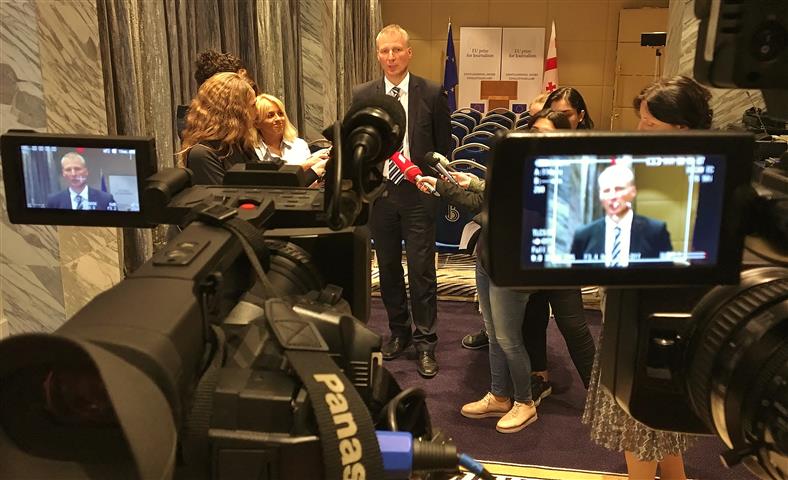 The launch of the EU Prize for Journalism, established in 2012, was covered by several media. Following the launch, the Head of the EUMM answered questions from the attending media representatives. 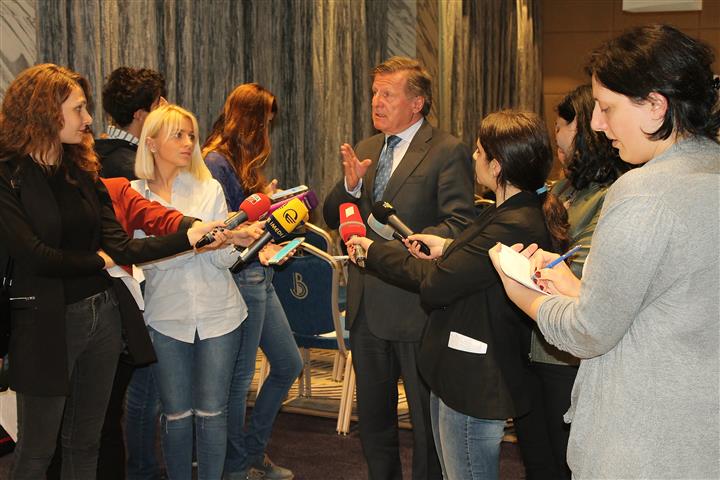 In his address, Ambassador of the European Union to Georgia, Janos Herman referred to the World Press Freedom Day , which coincided with the launch of the EU Prize for Journalism.