On November 20 to 24, the EU Monitoring Mission Georgia, in cooperation with the Institute for War and Peace Reporting (IWPR), hosted a workshop in Yerevan, Armenia, for a group of journalists from territory controlled by Georgia and the two breakaway regions of Abkhazia and South Ossetia.

The three-day workshop brought together 12 journalists (four each from the territory controlled by Georgia, Abkhazia and South Ossetia). There were six male and six female participants, all reporting on regional developments in their respective areas. The title of this year’s workshop was ‘New skills for regional journalists: local voices in global media’, which aimed at ensuring the continued flow of independent information across the region, and expanding opportunities for dialogue and cooperation.

The workshop opened in the Media Centre at the Club for Public Journalism, where Laura Baghdasarian, Director of the Research Centre "Region", briefed participants on the current situation on human rights and freedom of speech, paying particular attention to the role of Social Media in the South Caucasus region. Two other speakers, including the former Mayor of Yerevan, Stephen Grigoryan, Political Scientist and former advisor to the President, discussed regional conflicts and cross-border trade.

On the second and third days, Rayhan Demytrie, BBC News correspondent, South Caucasus, moderated a workshop focusing on the role of reporters in covering regional conflicts. The workshop provided many opportunities for participants to work in groups, sharing their own experiences with colleagues from across the Administrative Boundary Line. 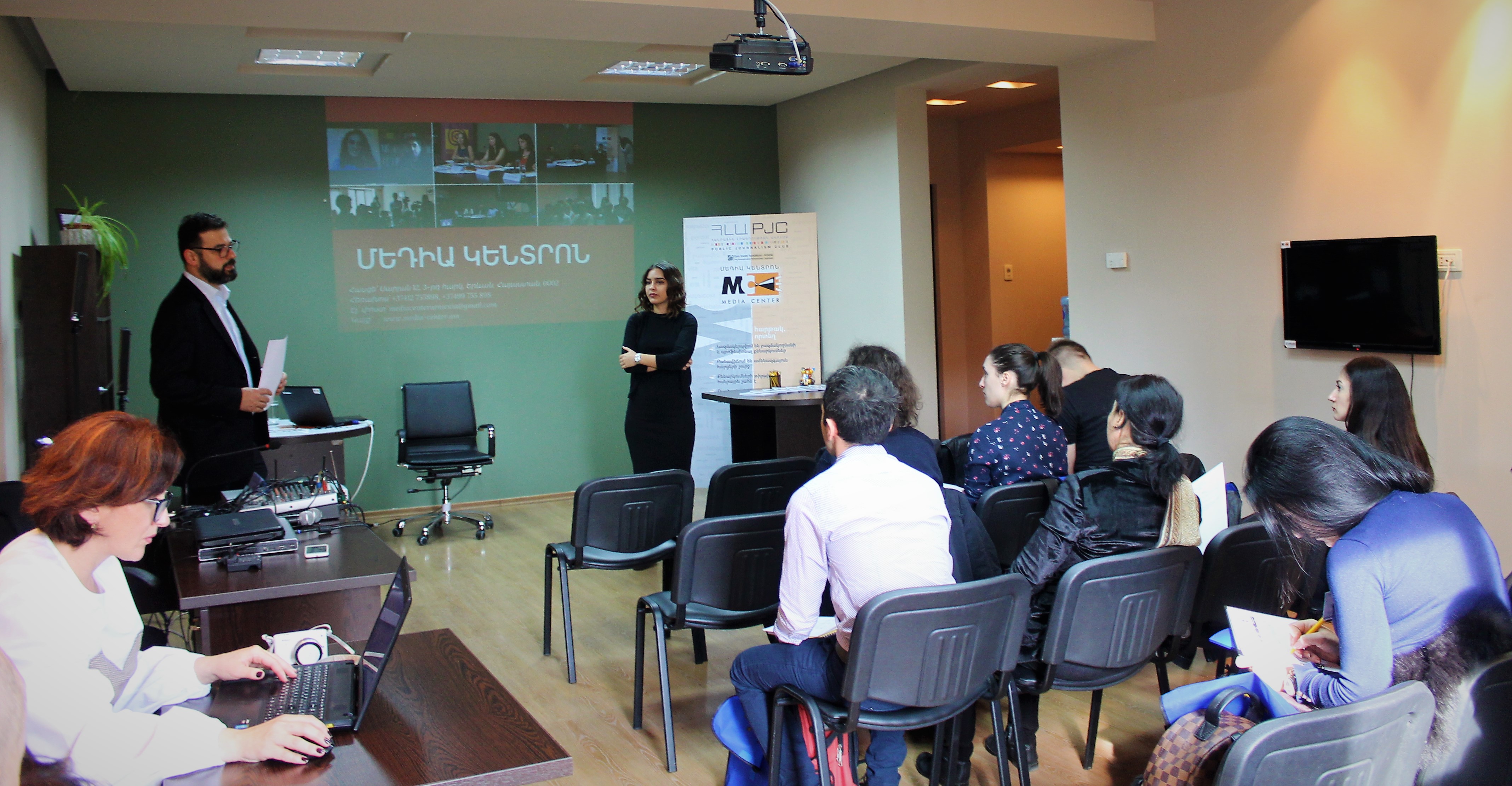 Beka Bajelidze, IWPR Caucasus Regional Director, introduces a plan of the first day of the training at the Media Center of Public Journalism 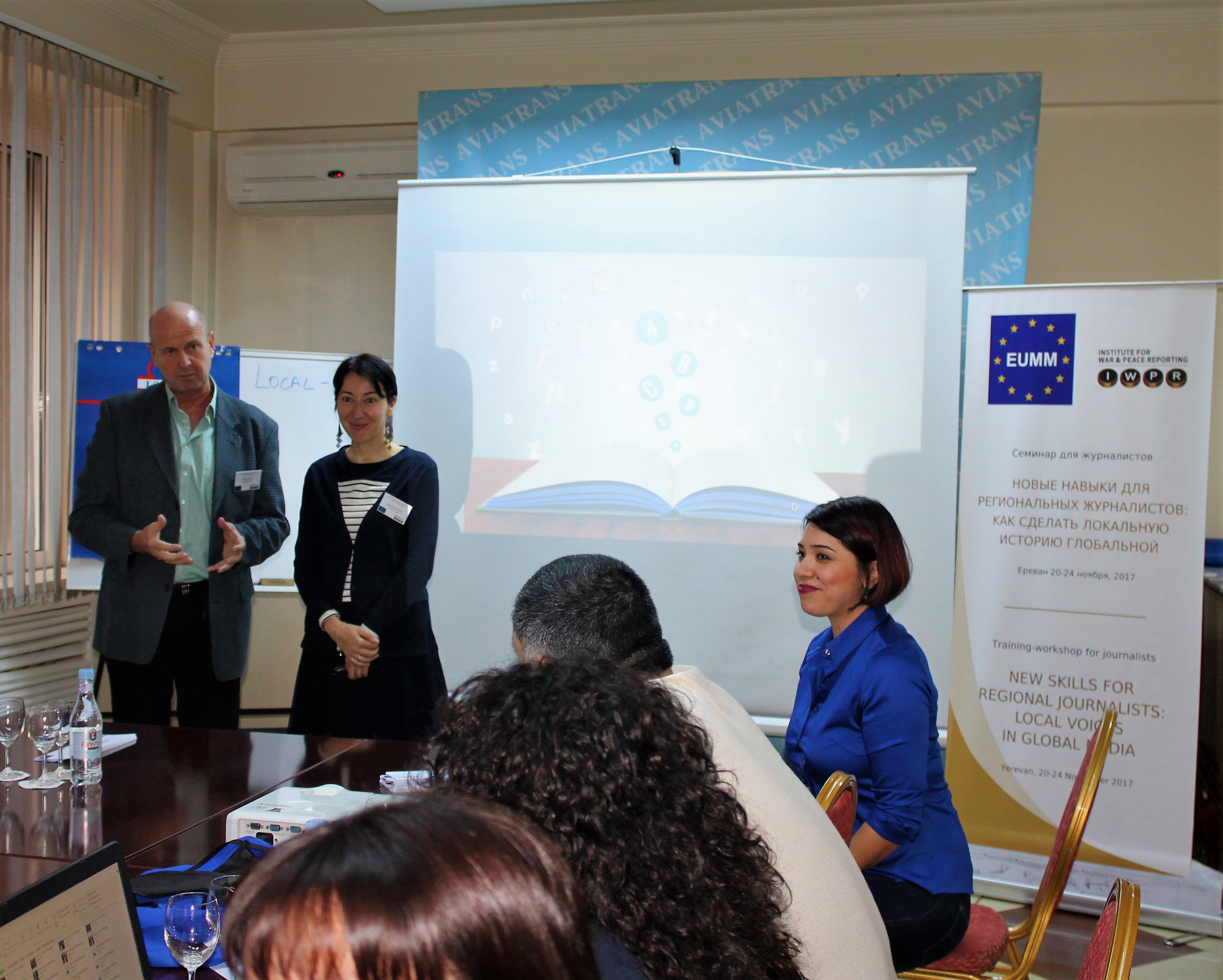 Des Doyle, Spokesperson , Head of Press and Public Information Section, addresses the participants and speaks about the importance of the workshop
Rayhan Demytrie, BBC News South Caucasus Correspondent, provided case studies, based on field experience from the reporters, covering conflicts