On 15 February, on behalf of the Head the EU Monitoring Mission (EUMM), the Head of Operations/Acting Head of Mission Gabriel von Horn, welcomed the Ambassador Extraordinary and Plenipotentiary of the Republic of Bulgaria, Her Excellency Ms. Dessislava Ivanova to Field Office Zugdidi.  The Ambassador’s visit was in connection with Bulgaria’s 2018 EU Presidency. Her Excellency was accompanied by Counsellor Mr. Tihomir Todorov from the Embassy of the Republic of Bulgaria.

Following a welcome speech and presentation to both International and National staff, the Ambassador highlighted four main priorities which will be addressed during Bulgaria’s EU Presidency:

1.        A clear European perspective and connectivity of the Western Balkans;
2.        More stability and security in a strong and united Europe;
3.        Digital economy and skills needed for the future;
4.        The future of Europe and of young people - economic growth and social cohesion.

Her Excellency emphasised the strategic role that Bulgaria plays by promoting the Western Balkans, through its increasing activities, building relations and connections between the Balkan areas. The Ambassador mentioned the core values of the EU which are security, stabilisation and the importance of creating an effective mechanism to work for unity of the EU, based on economic growth and mutual assistance. Furthermore, she highlighted the importance of digitalisation of the economy for growth and prosperity of the Union.

Her Excellency Ms.  Dessislava Ivanova emphasised the important of the role of the EUMM in Georgia, and expressed full support for an extension of the Mission mandate, upon its expiry on 31 December 2018.

Mr. von Horn highlighted the importance of the EU Member State’s support to the mission, and the positive contribution of EUMM Bulgarian monitors, and fellow monitors from other member states.

Afterwards,  Her Excellency  accompanied an EUMM patrol to the Administrative Boundary Line, visiting the former crossing point at Nabakevi-Khurcha, the Rukhi Trade Centre, crossing points over the Enguri Bridge and Saberio-Pakhulani. The patrol also visited Tkaia and Enguri Dam.

During the patrol the Ambassador showed great interest and expressed her gratitude and appreciation  for an “exciting and enlightening patrol” which gave them  a clear picture of the ongoing situation along the Abkhazian Administrative Boundary Line. 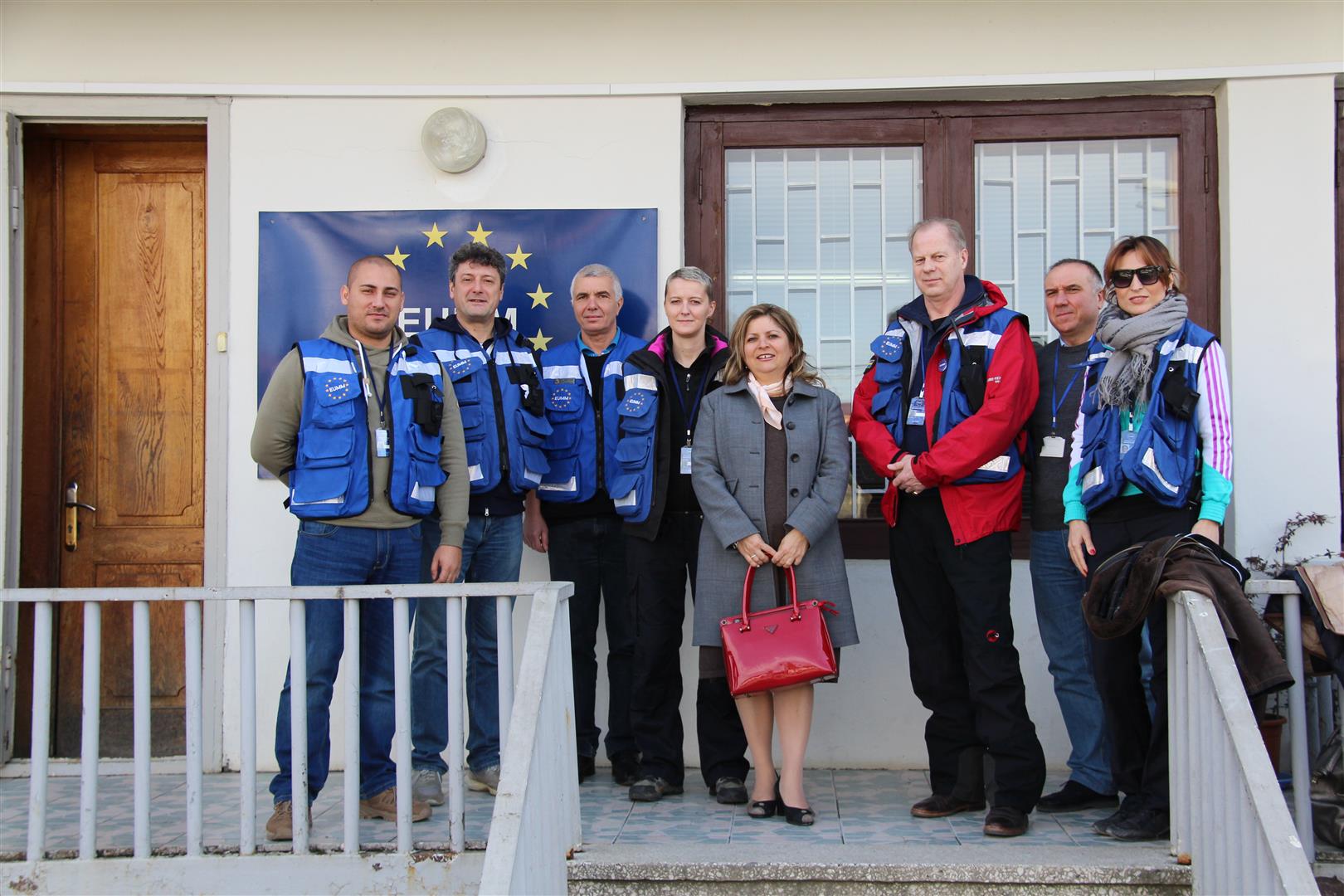 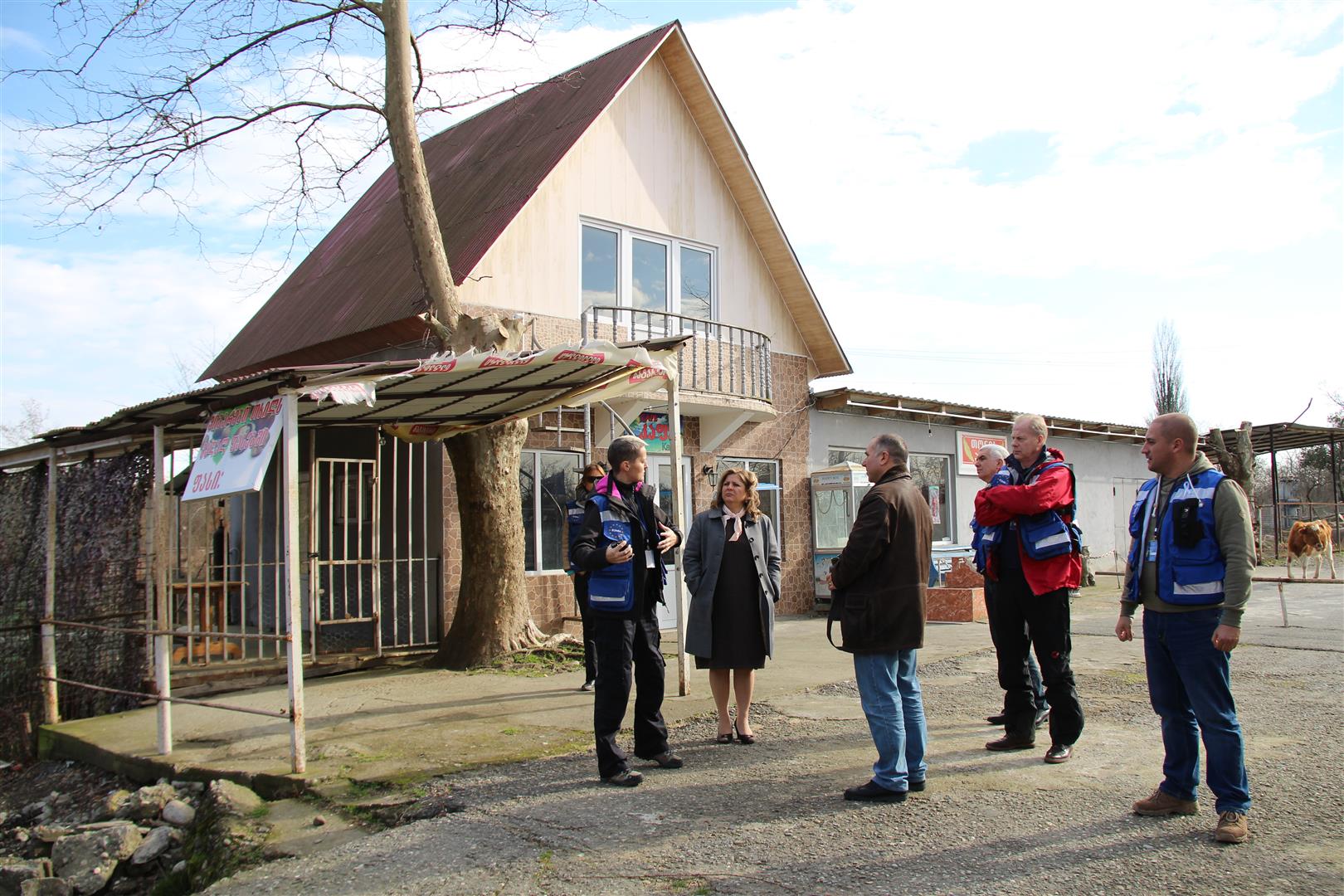 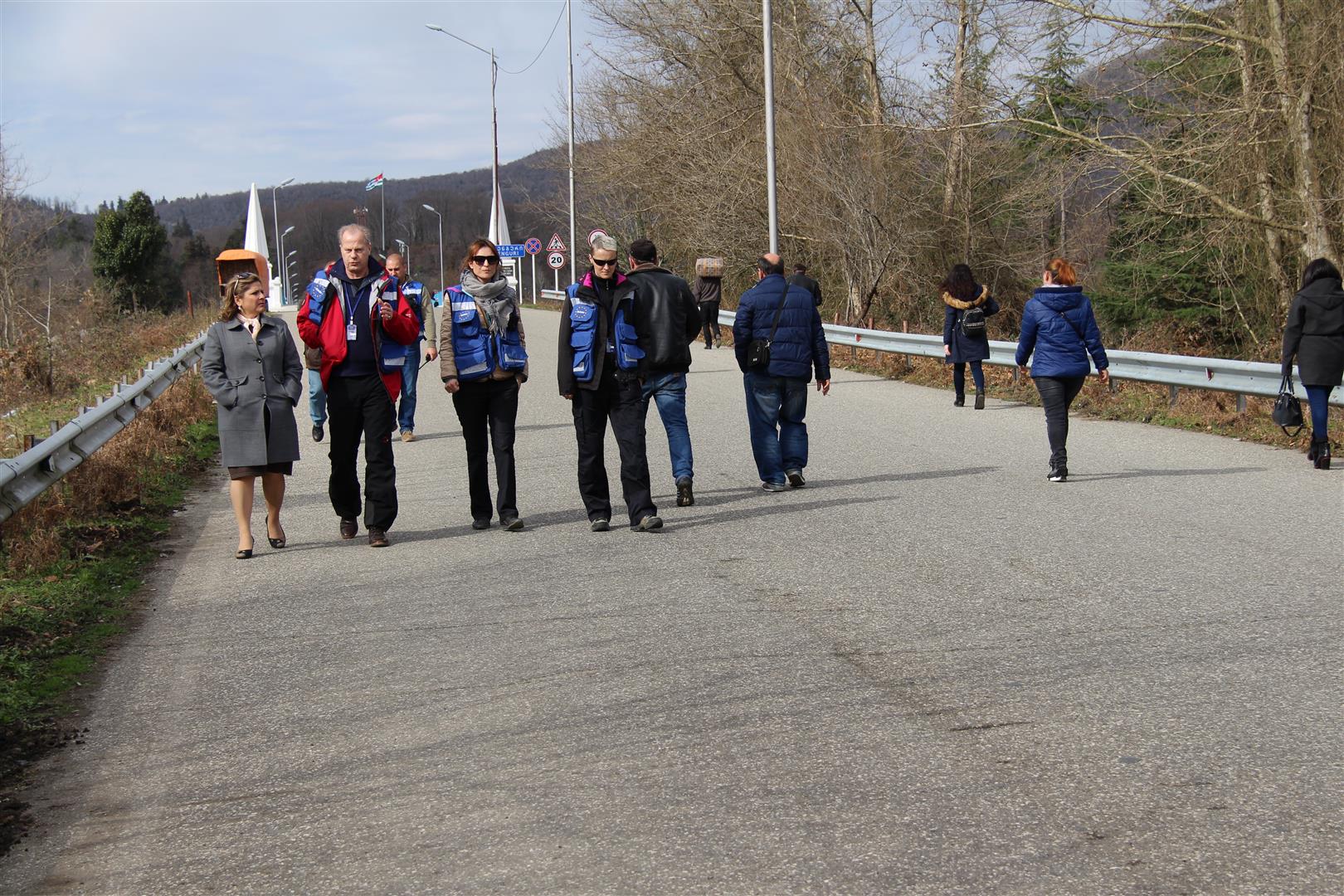 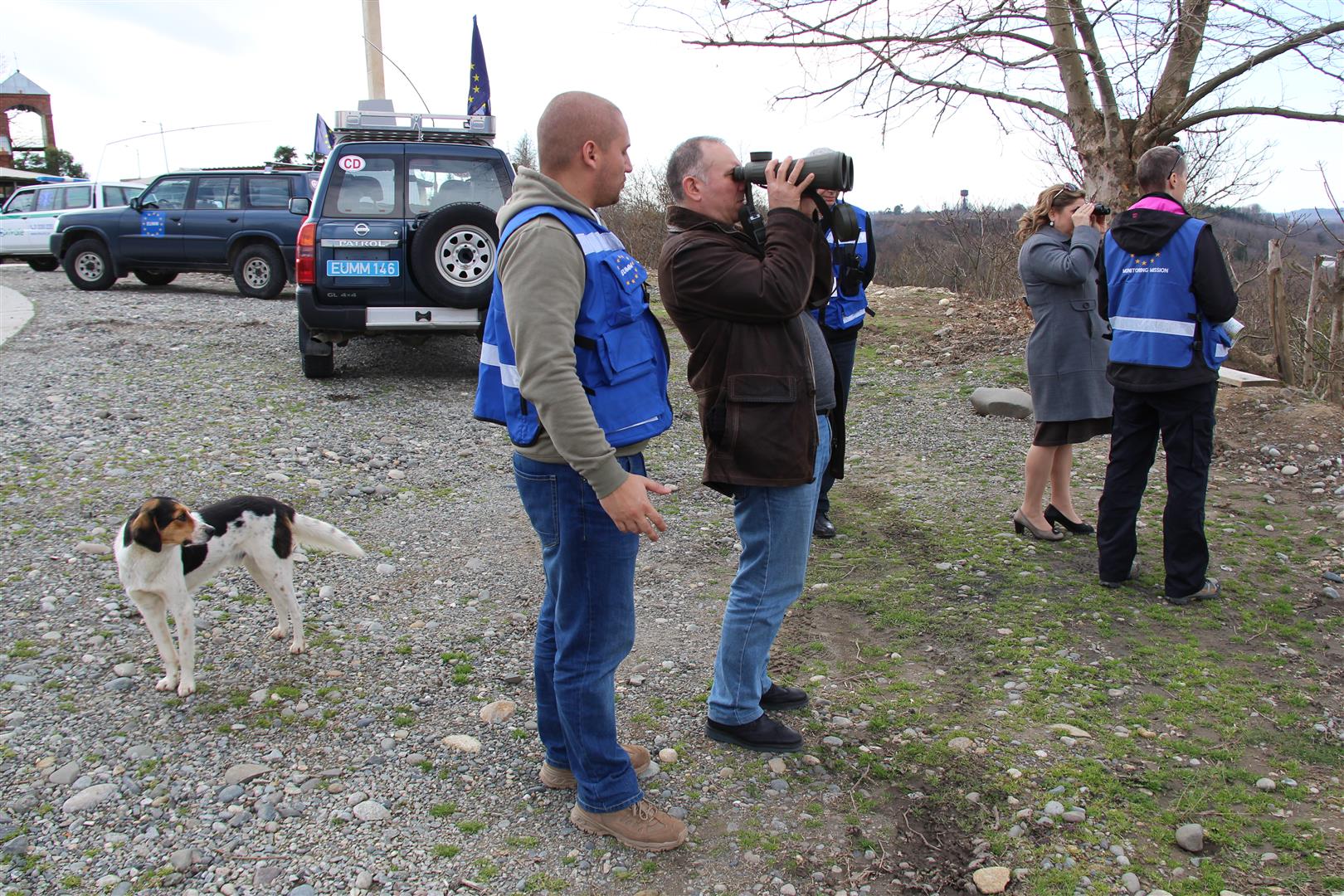 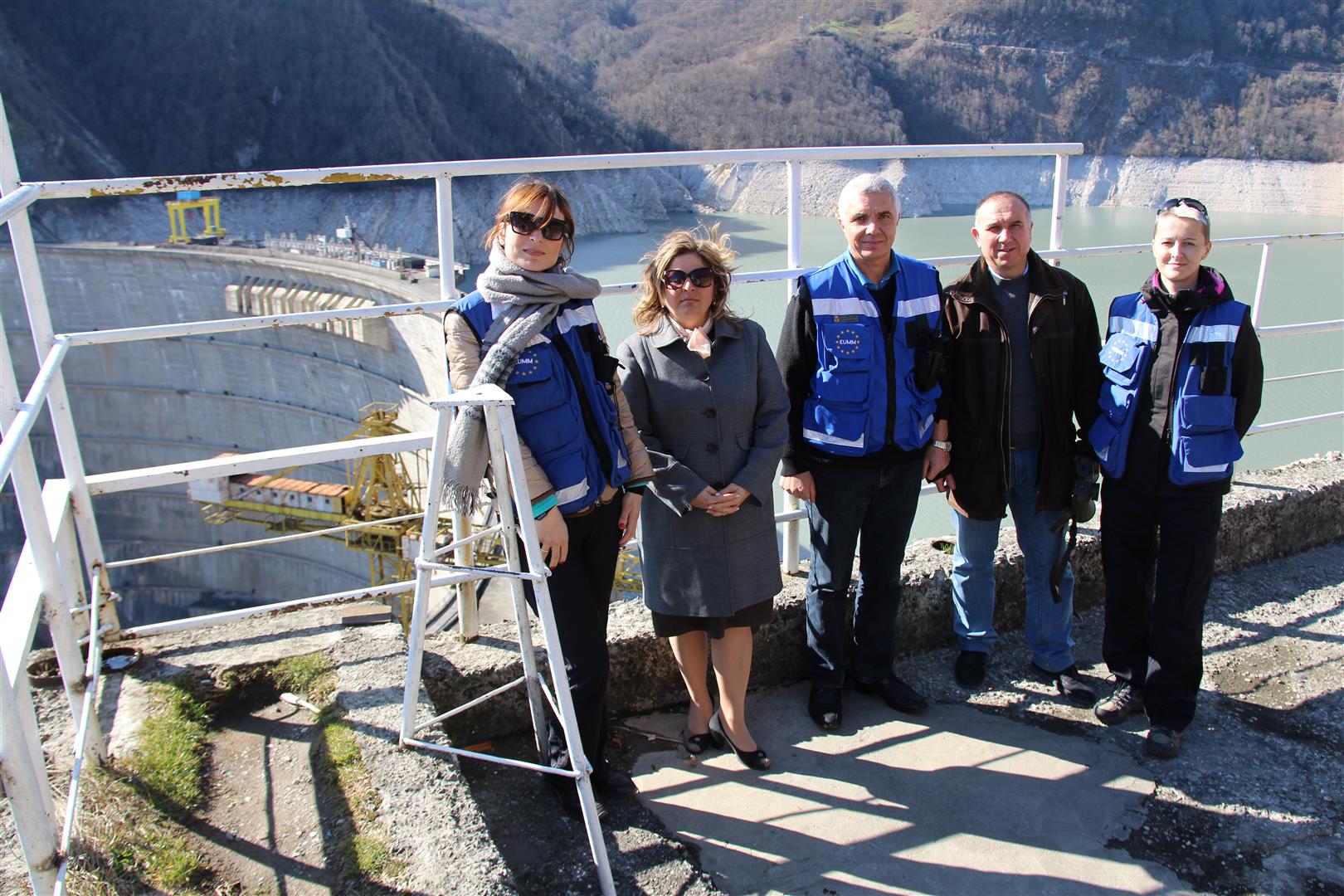