On 7 March, the Minister of Defense of Sweden, H.E. Mr. Peter Hultqvist, and an accompanying delegation, joined a patrol of the EU Monitoring Mission (EUMM) along the Administrative Boundary Line with South Ossetia.

The Head of Mission of the EUMM, Mr. Erik Høeg, welcomed the delegation and thanked the Swedish authorities for their substantial support to the EUMM.
During the patrol, the Swedish Defense Minister received a briefing about the local security situation, delivered by the Head of Field Office Mtskheta, Mr. Georgios Papaioannou. The visitors and EUMM staff observed and discussed borderisation and dynamics on the ground in the area close to the village of Odzisi.
The Minister of Defense of Sweden expressed his appreciation to the presentation about the current situation in the area and reiterated Sweden’s strong support for the Mission’s continuous presence in Georgia.

Sweden is presently the second biggest contributor of personnel to the EUMM. A total of 19 women and men of Swedish nationality work in the Mission.
The Minister was accompanied by a high-ranking delegation that included officials from the Swedish Ministry of Defense, as well as H.E. Ms. Martina Quick, Ambassador of Sweden to Georgia. 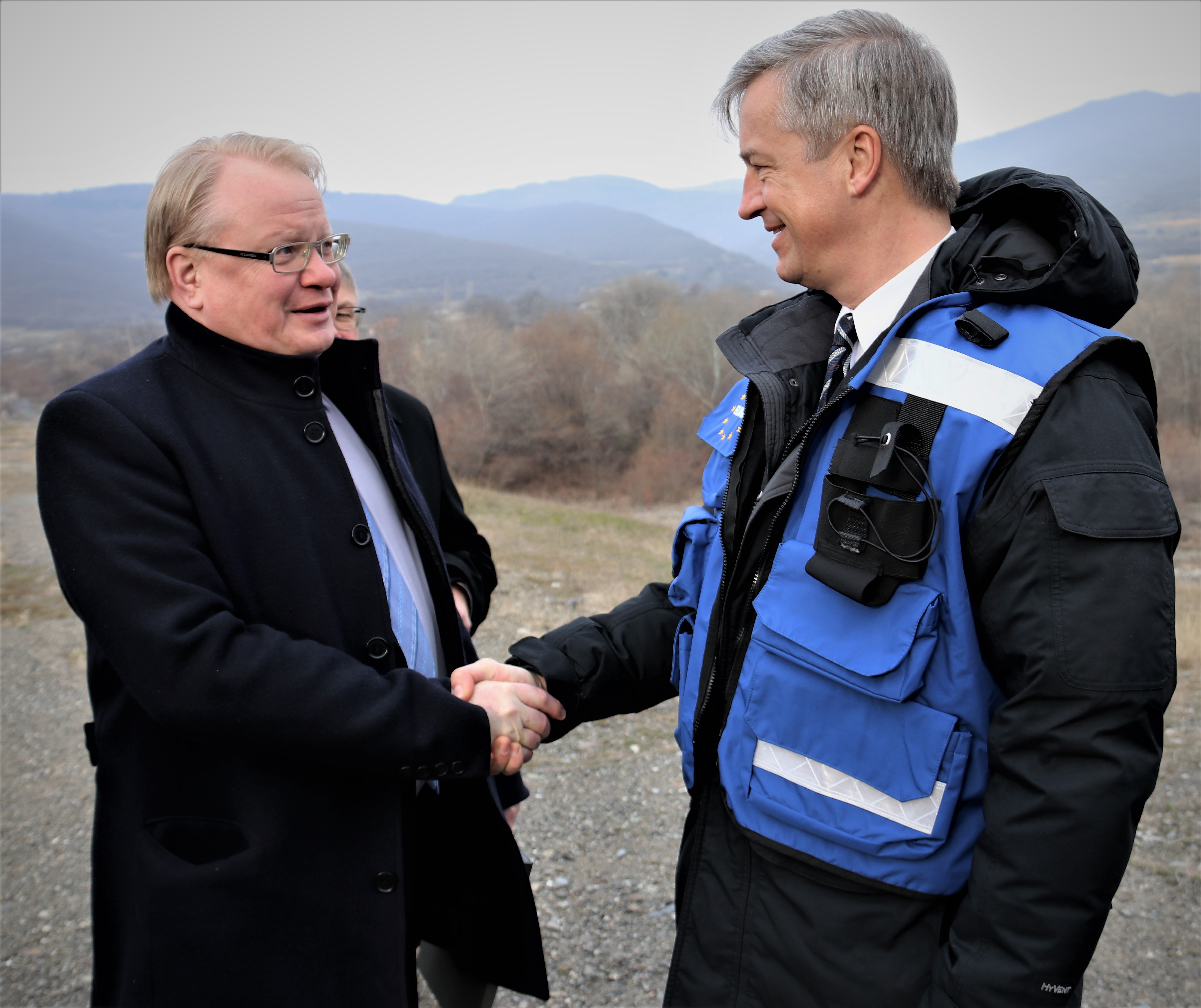 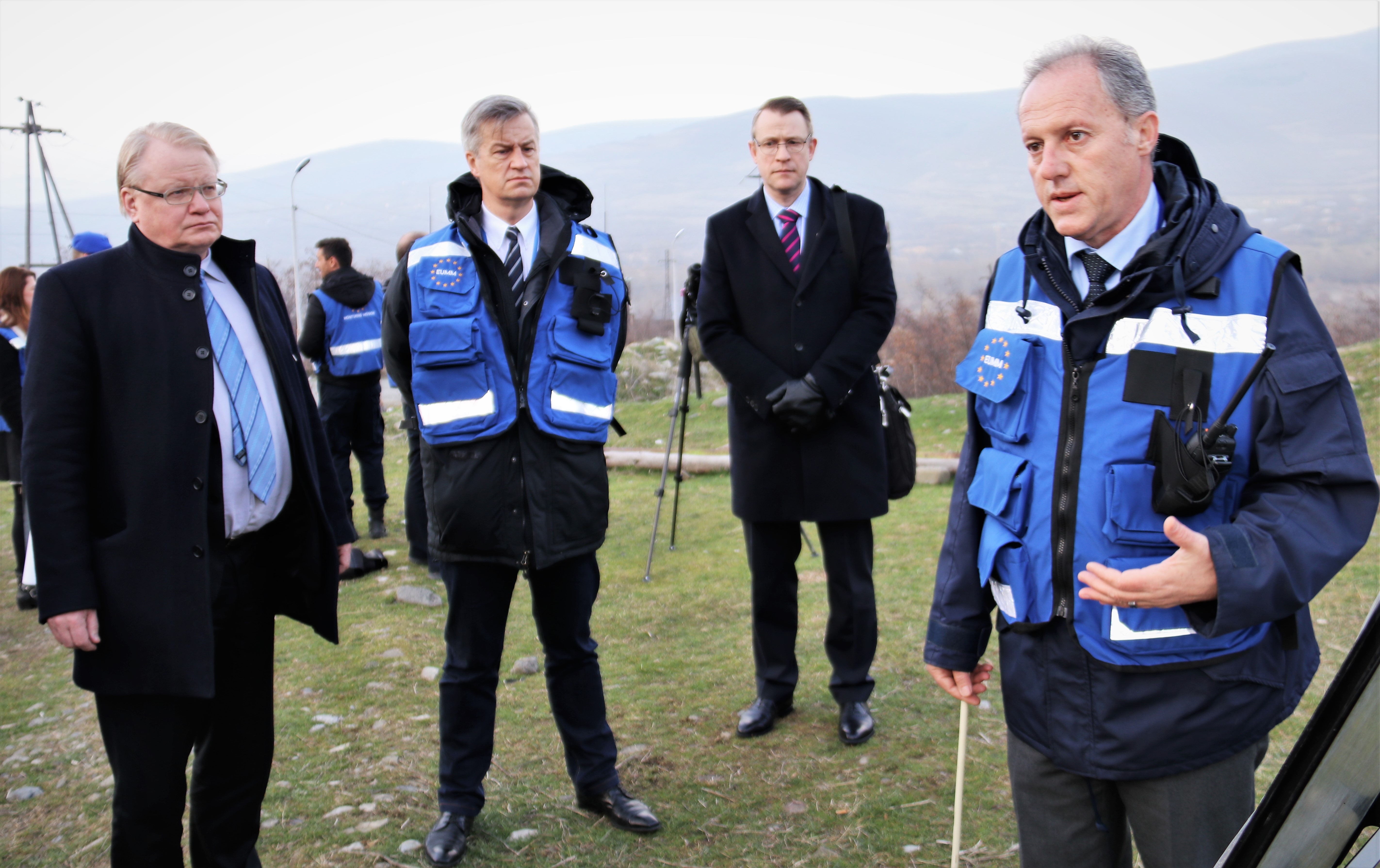 Head of Field Office Mtskheta, Mr. Georgios Papaioannou, briefed the Minister of Defense of Sweden on recent developments along the Administrative Boundary Line with South Ossetia 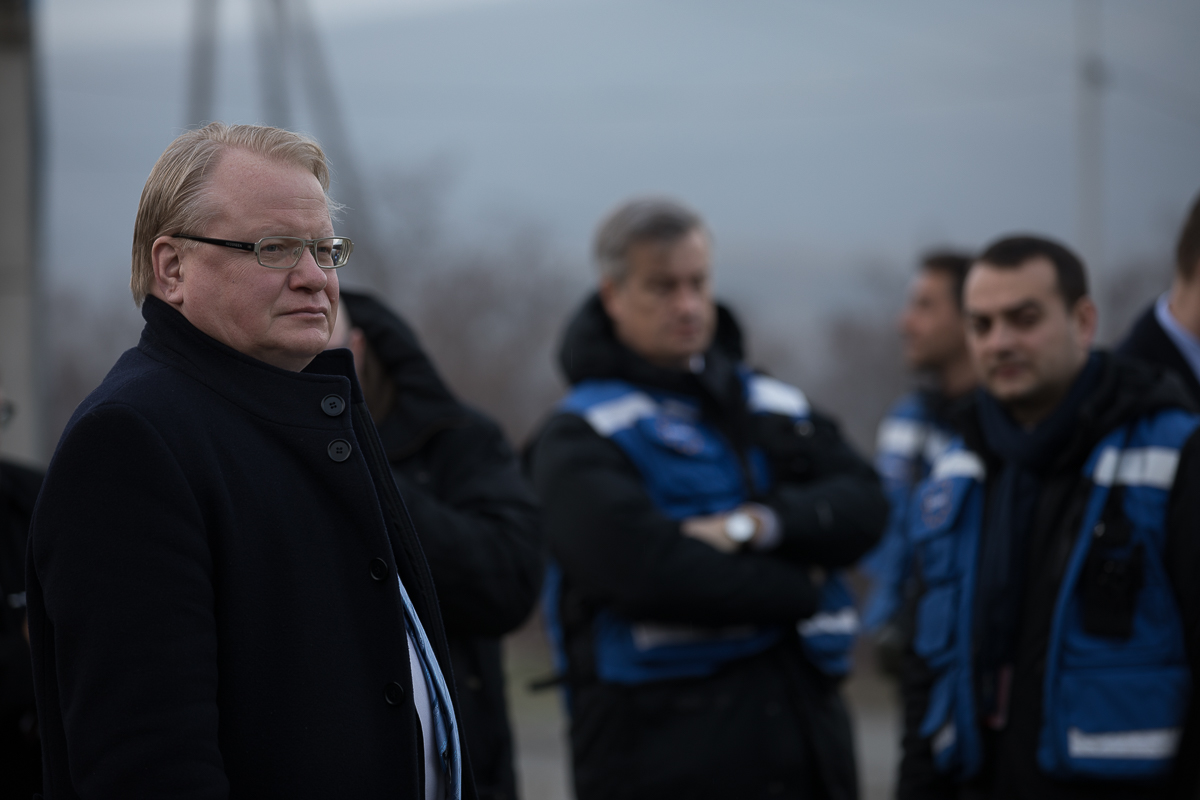