Mr. Vincenzo Coppola, EU Civilian Operations Commander (CivOpsCdr), visited the EU Monitoring Mission (EUMM) Georgia between 28 and 31 October 2018. This was his first visit to any civilian Common Security and Defence Policy (CSDP) mission since taking up the position as the new CivOpsCdr in September. After a warm welcome by the Head of Mission, Mr Coppola joined an EUMM patrol to the South Ossetian Administrative Boundary Line (ABL).

During his visit to the EUMM Headquarters in Tbilisi, Mr. Coppola addressed participants of the first EUMM organised Hostile Environment Awareness Training (HEAT) course and spoke to local and international experts deployed to the Mission. He also participated as a key-note speaker in the EUMM organised seminar titled ‘10 Years of EUMM in Georgia’. At a special ceremony, the CivOpsCdr awarded medals and certificates of recognition to 22 EUMM staff members for their contribution to the Mission’s work.

Mr. Coppola conducted meetings with key Georgian representatives from the Ministry of Internal Affairs, Ministry of Defence, Ministry for Reconciliation and Civic Equality, Ministry of Foreign Affairs, and State Security Service of Georgia. Meetings also took place with EU member states accredited Ambassadors and with the EU family in Georgia.

He expressed his gratitude to the EUMM for its essential contribution to security and stability in the region. Mr. Coppola also expressed his appreciation for the efforts of the Mission in improving the quality of monitoring and reporting, including important recent technological upgrades.

Mr. Coppola served in his previous appointment as the Deputy Commanding General of the 111.000 strong Italian Carabinieri. He commanded a professional career of 40 years in Italy, EU headquarters in Brussels and several international assignments. Mr. Coppola holds a Master’s degree in Strategic Studies and has been commended with the Cross of the Italian Military Order, the highest Italian military commendation.

EUMM Georgia is one of 10 civilian crisis management missions presently deployed by the EU under CSDP. The Mission was launched in order to ensure that parties complied with the Six Point Agreement that ended the 2008 war.

See the link of the press release, issued by the EUMM on 01 October, marking ten years of deployment in Georgia. 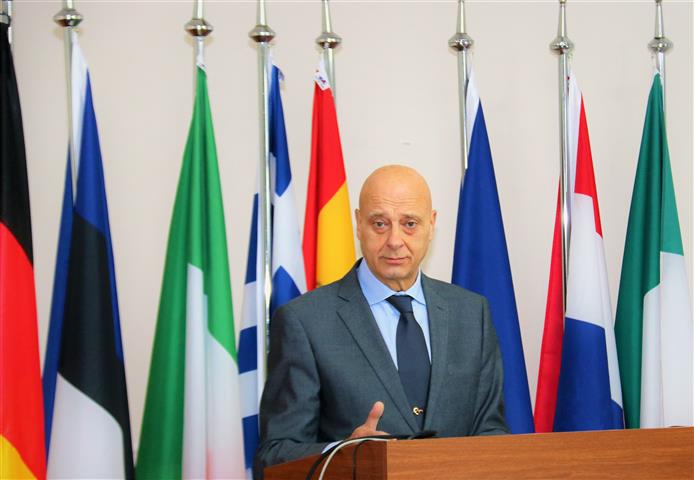 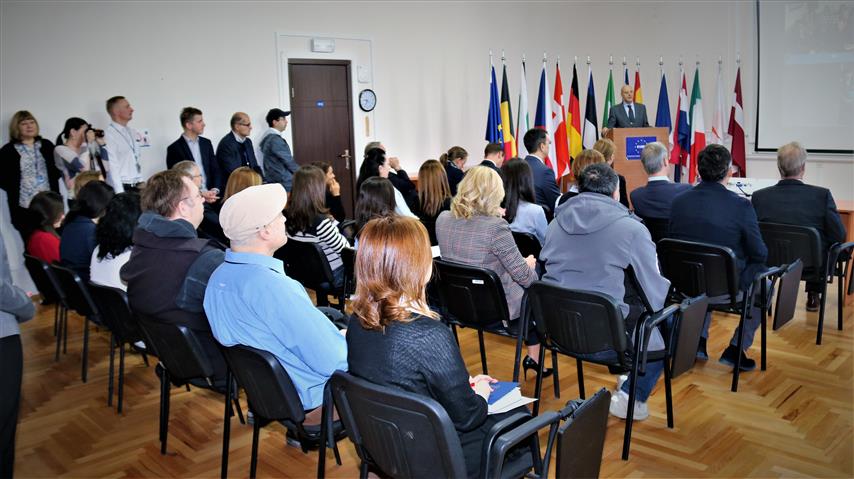 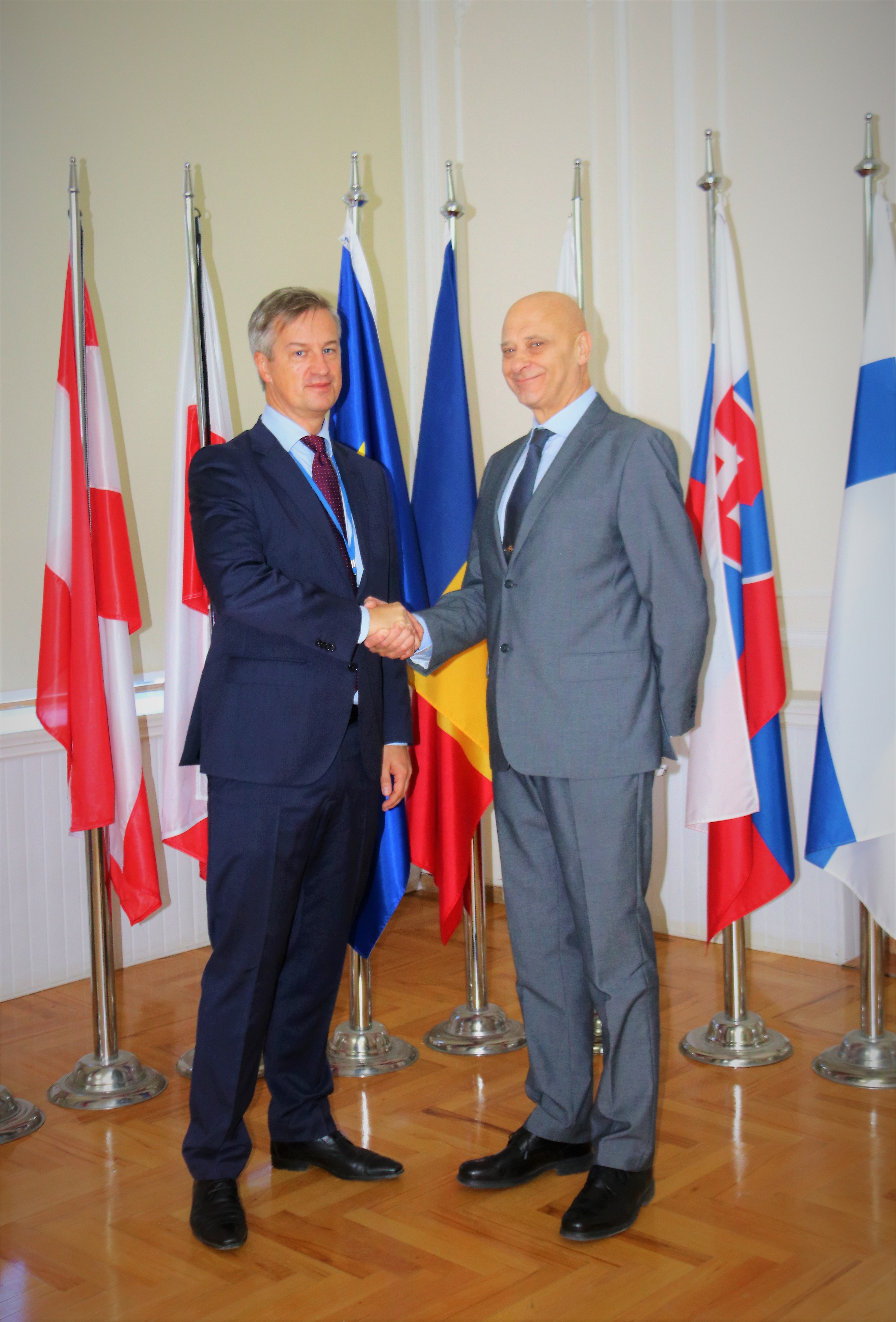 A warm handshake after the meeting at the Mission HQ 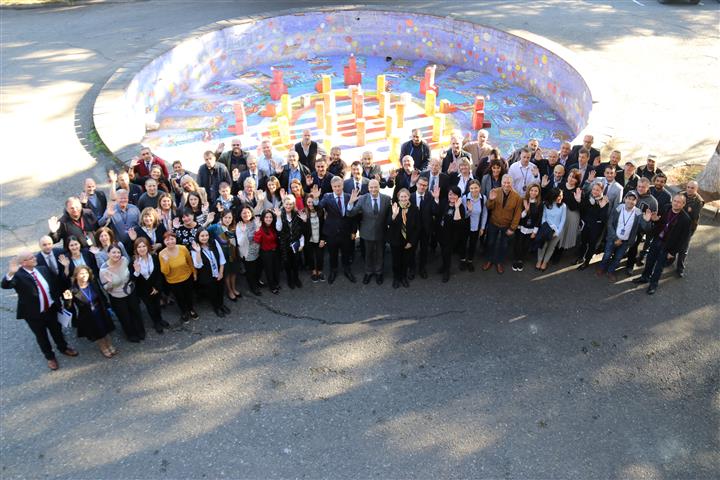 EUMM  staff pose for a group photo  with Mr. Coppola

The Civilian Operations Commander, Mr. Coppola, accompanied by the Head of Mission, Mr. Erik Høeg, joined a patrol to the Administrative Boundary Line (ABL) with the breakaway region of South Ossetia 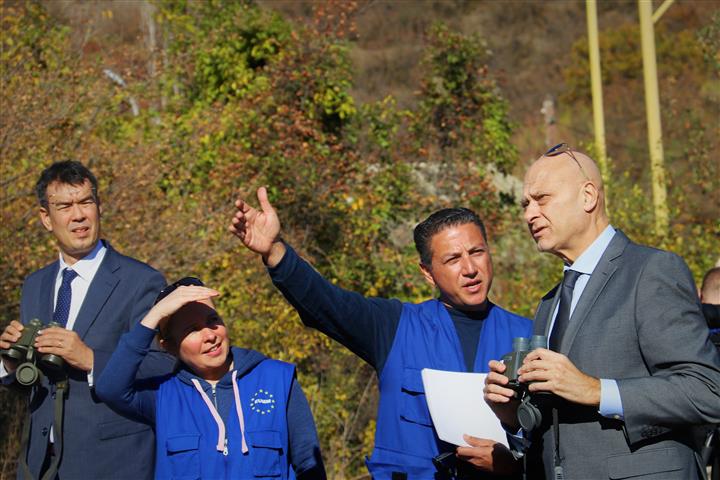 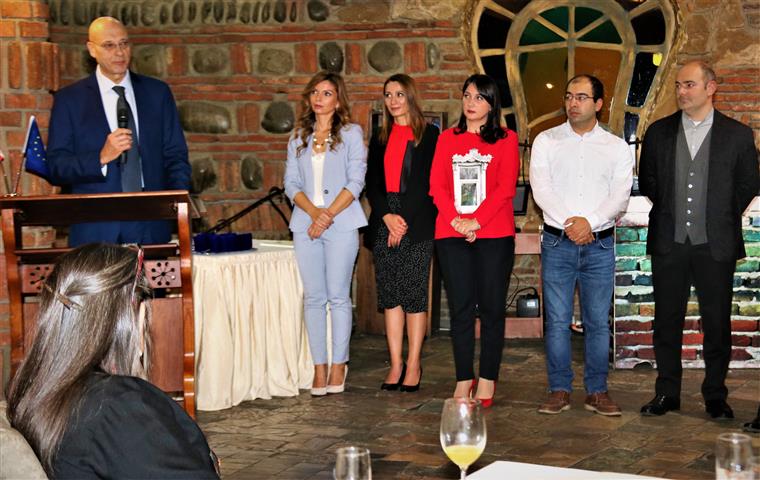 Mr. Coppola awards medals and certificates of recognition to 22 EUMM staff members for their contribution to the Mission’s work 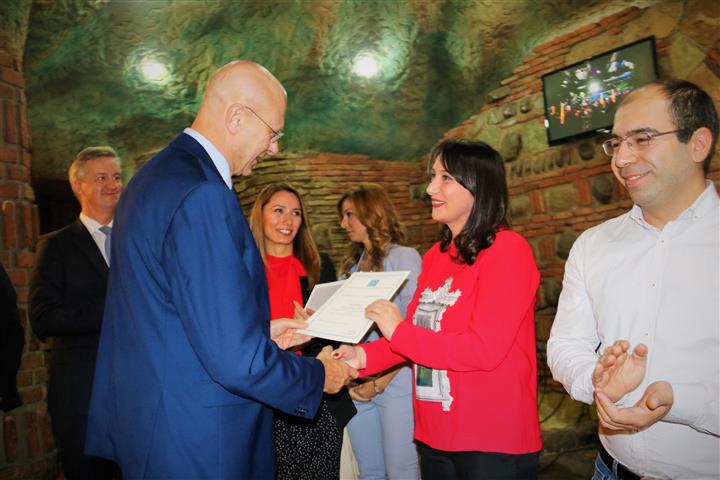 Mr. Coppola awards EUMM Press Officer Tamta Megrelidze with a certificate of recognition of contribution to the Mission 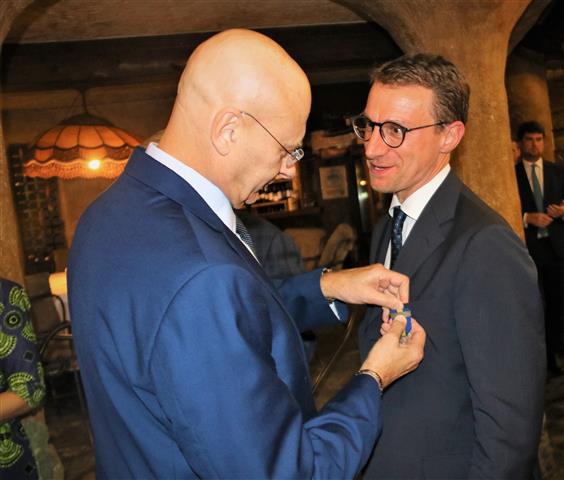 Mr. Coppola awards Head of the  Analytical Reporting and Outreach Department,  Andrea  Chmielinski Bigazzi,  with a medal  of contribution to the Mission 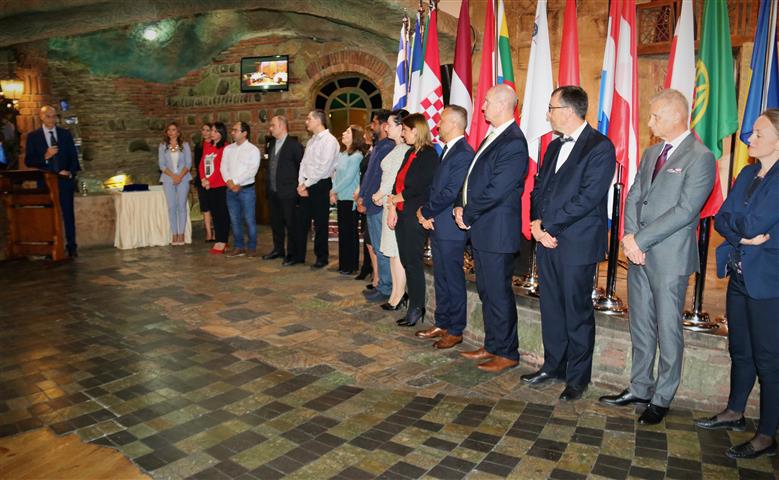 Mr. Coppola  expressed his gratitude to EUMM personnel for their contribution to security and stability in the region 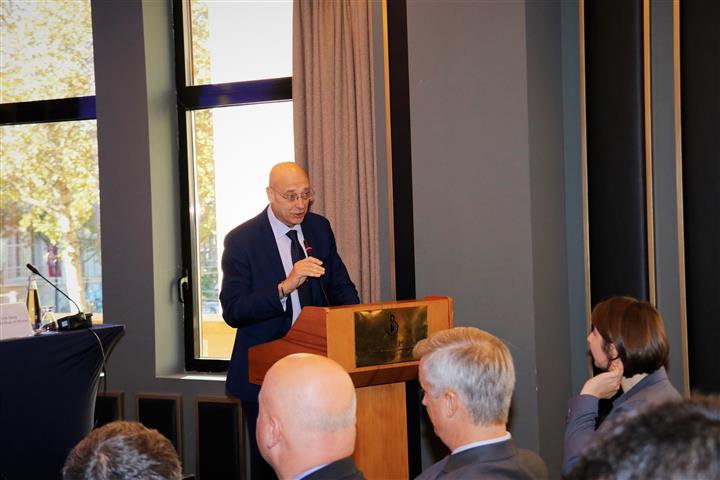 Mr. Vincenzo Coppola addresses the audience at the seminar in the Biltmore Hotel, Tbilisi 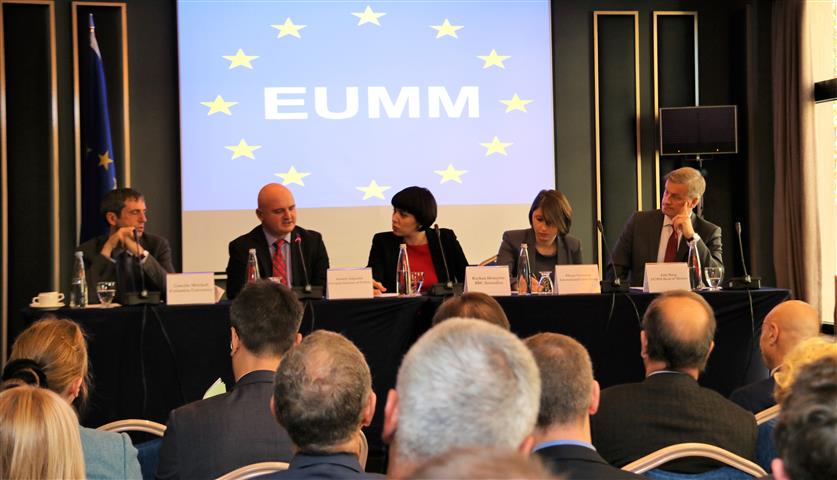 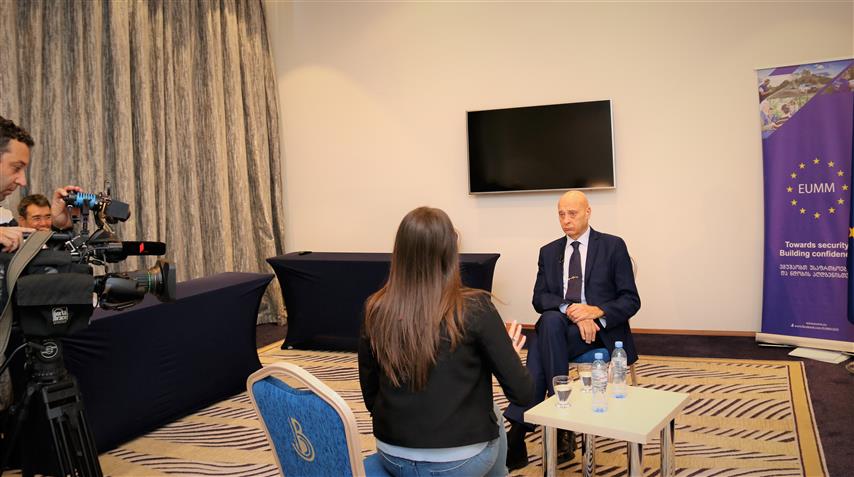 During his interview with the Georgian Public Broadcaster, t he EU Civilian Operations Commander stressed the important role of EUMM 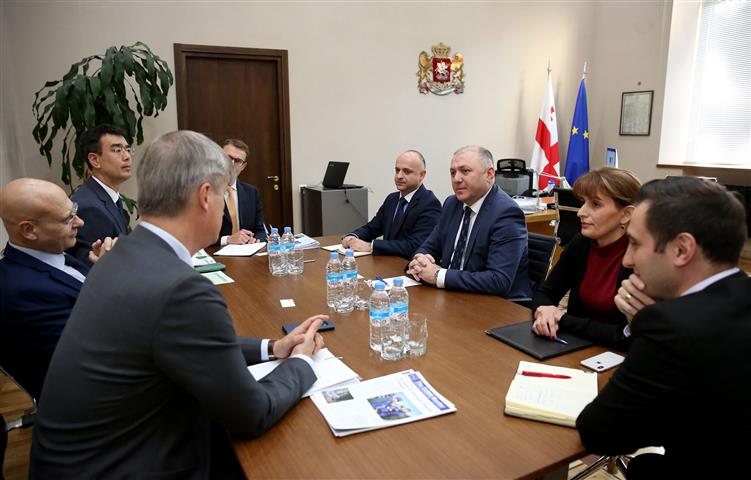