EUMM fights against Gender Based Violence

On the 10th of December, the EU Monitoring Mission (EUMM) marked the last day of the “16 Days of Activism campaign” and, at the same time, the 70th Anniversary of the Universal Declaration of Human Rights. The Declaration was a revolutionary document that defined the inalienable rights that every person is fundamentally entitled to as a human being.

The EUMM staff showed their support for the campaign by wearing white ribbons, signifying a commitment to never commit, condone or remain silent about violence against women and girls.

The Mission also engaged in an intense online campaign against gender-based violence.

Throughout the campaign, men, women, boys and girls showed strong interest in and support for the initiative to end violence against women and girls.

EUMM staff, together with Head of Mission, Erik Høeg, in support of   16 Days of Activism , holding the campaign banner outside the Mission building in Tbilisi 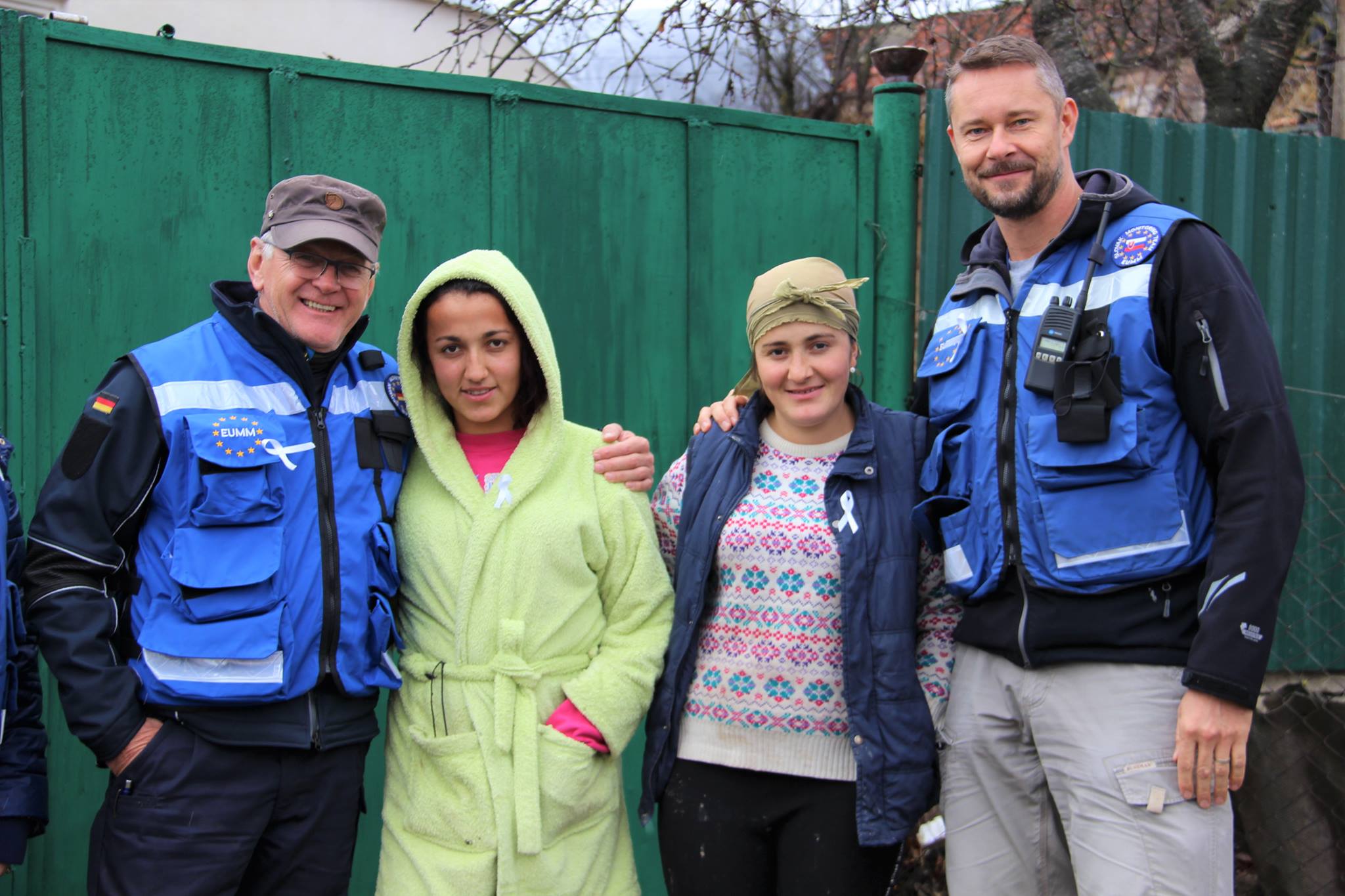 Field Office Gori staff in Perevi village during the campaign