To celebrate Europe Day, (May 9), the European Union Monitoring Mission in Georgia (EUMM) recently took part in events in both in Brussels and Tbilisi. As usual, European Institutions opened their doors to visitors, who were keen to learn more about the CSDP Missions deployed in different parts of the world.

In Brussels, EUMM’s stand, as usual, hosted many visitors, including the Civilian Operations Commander, Mr. Vincenzo Coppola, who was one of its the first visitors. Mr. Coppola greeted the Mission staff and wished them a successful day. The Mission’s stand was also honoured by a visit of the High Representative of the European Union for Foreign Affairs and Security Policy, Federica Mogherini. High Representative  spoke with the Mission press team attending EU Open Days in Brussels.

In Tbilisi, the Europe Day event took place in  Rike Park, which was transformed into EuroVillage for the day!  This years theme was "Stronger Together", to highlight the strong relations between Georgia and the European Union.

In the Eurovillage, the EU Member States presented their countries ,cultures and cuisines to visitors, giving them an opportunity to take a virtual tour of the EU, and learn more about what the EU does in Georgia.

As well as EU Member States, the EUMM also had a much-visited stand in Rike Park. Getting a photo taken in the Mission’s distinctive blue monitor vest, trying out the binoculars in front of a Mission patrol car was an especially popular activity! Notable visitors to the EUMM stand included the Georgian President, Mrs. Zourabichvili and the State Minister for Reconciliation and Civic Equality, Ms. Tskihelashvili, where they were hosted by Head of Mission, Mr. Erik Høeg
EUMM staff from Tbilisi and Mtskheta spent the day explaining the Mission’s mandate and its activities to hundreds of visitors. Information leaflets, fact sheets and small gifts were handed out to visitors. Younger visitors were happy to solve small quizzes, which contained questions about the Mission work to receive some special prizes from EUMM. 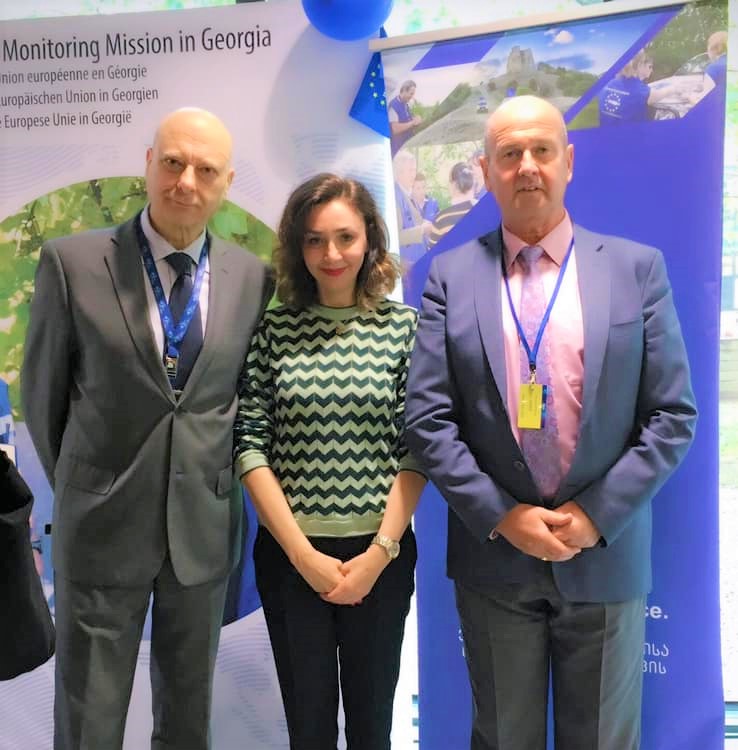 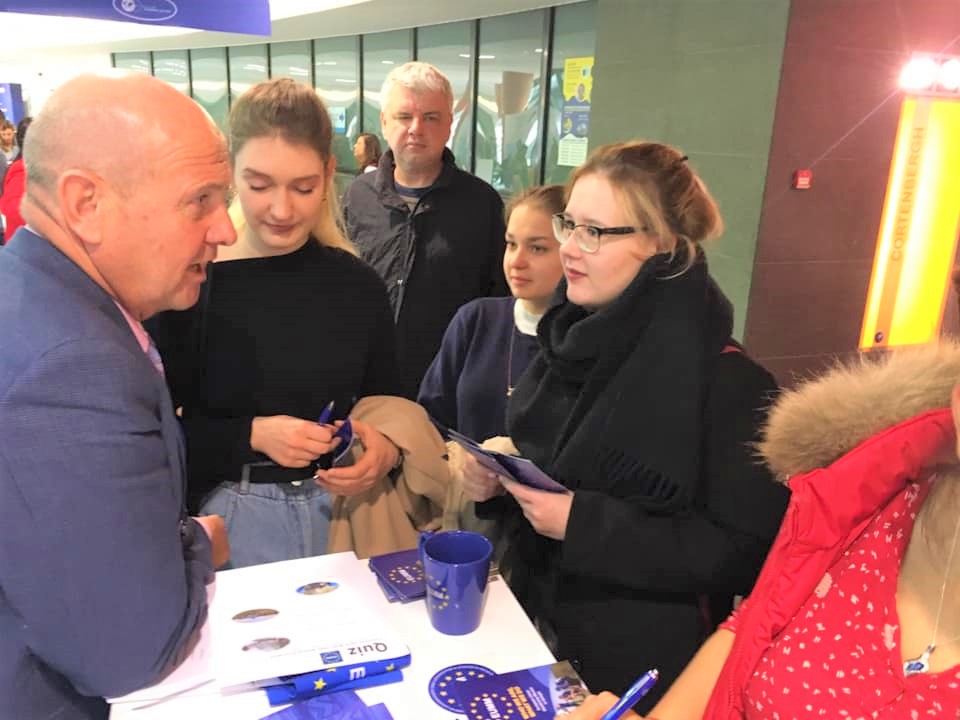 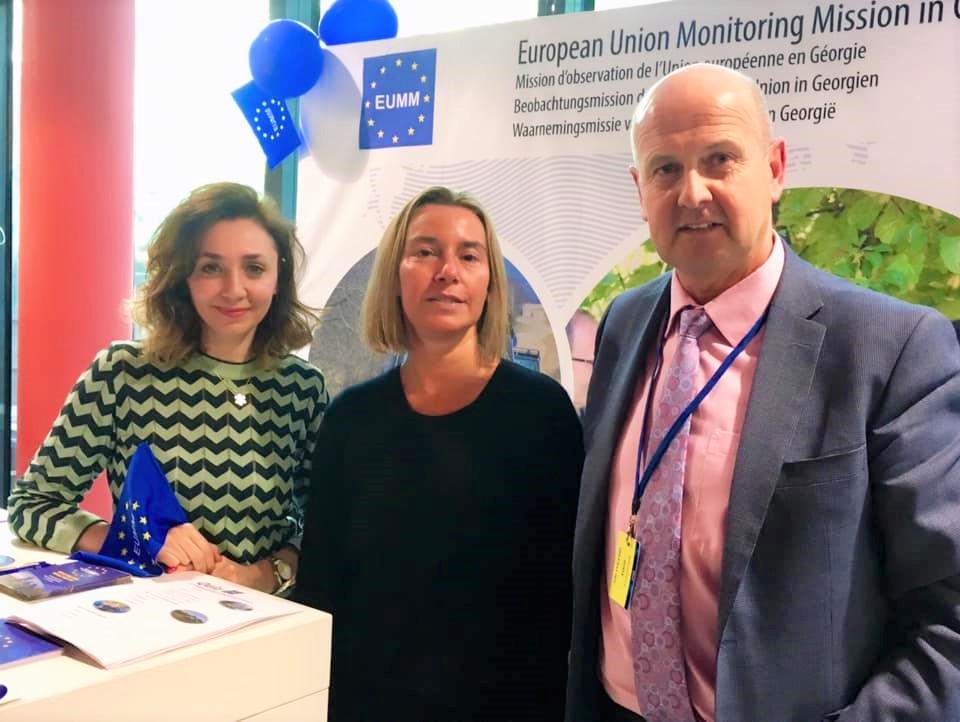 The High Representative of the Union for Foreign Affairs and Security Policy/Vice-President of the Commission Ms. Federica Mogherini visited the EUMM Georgia stand 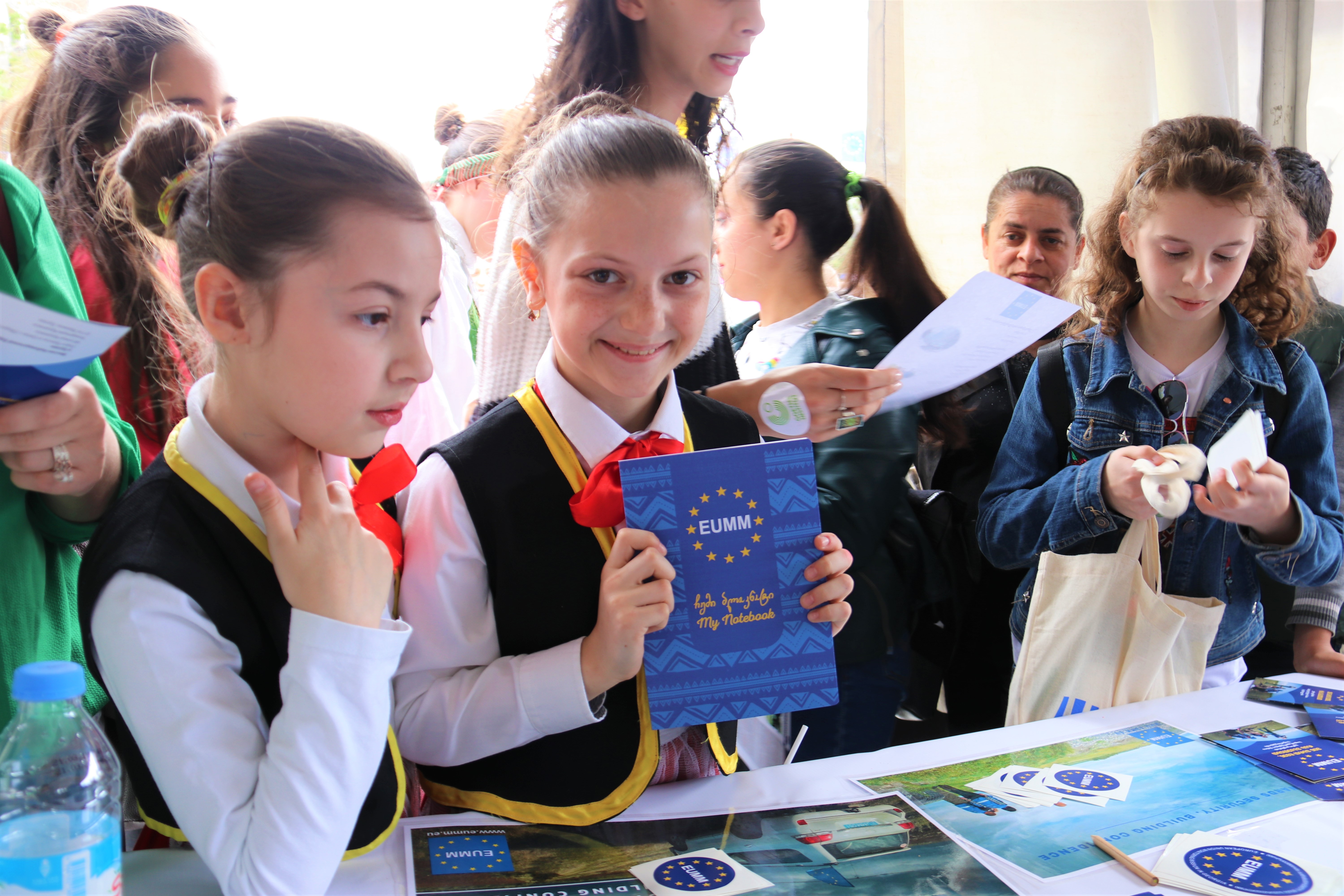 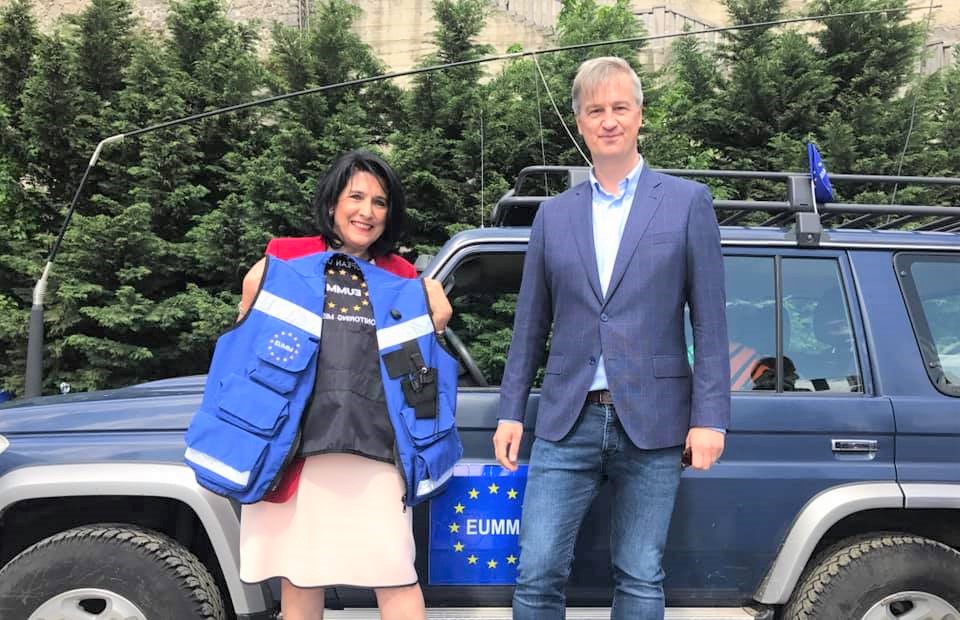 Head of EUMM, Erik Høeg hosted the President of Georgia, Ms. Salome Zourabichvili at the Mission stand
Deputy Head of Mission, Kate Fearon joined the celebration and took pictures with the EUMM visitors 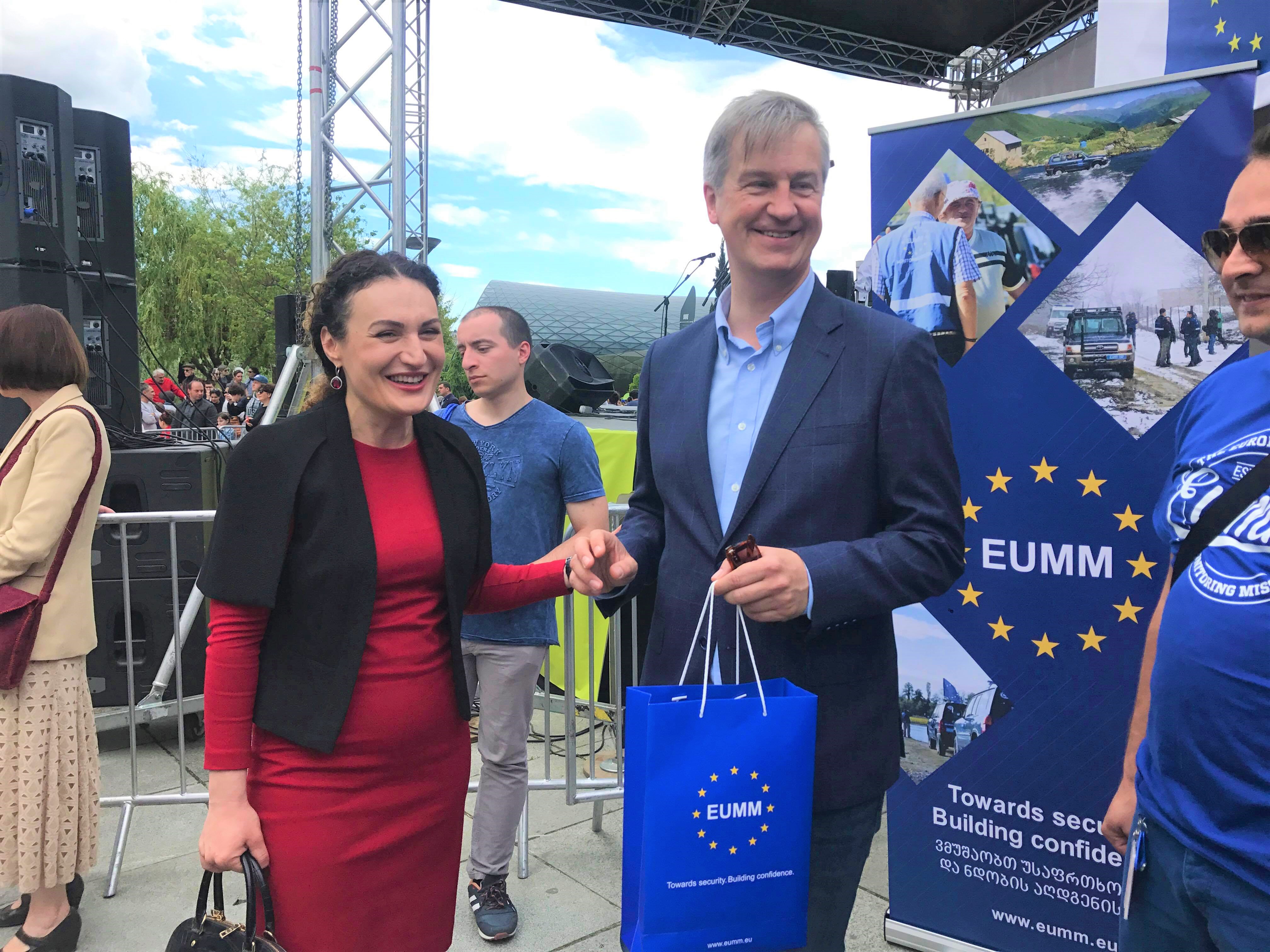 Head of Mission, Erik Høeg invited the State Minister of Reconciliation and Civic equality of Georgia, Ms. Ketevan Tsikhelashvili to the Mission stand