After an interruption of over one year, the Incident Prevention and Response Mechanism (IPRM) for the South Ossetian theatre reconvened in Ergneti on 28th of October for the 7th meeting with the participation of officials from the government of Georgia, the South Ossetian de facto authorities and the Russian border guards. As before, the proceedings were co-facilitated by the OSCE and EUMM.

The agenda, based on contributions from all participants covered a number of issues, most of them concerning the daily lives of the civilian population along the administrative boundary line. They were discussed in some detail and, as further work is necessary, an agreement was reached to intensify the interaction including through the hotline. An overview of the incidents since the beginning of 2010 indicates a decrease of the general tension in the region.

The meeting passed in a businesslike and constructive atmosphere. The 8th meeting in the frameworks of the IPRM was scheduled for the 10th of December, 2010. 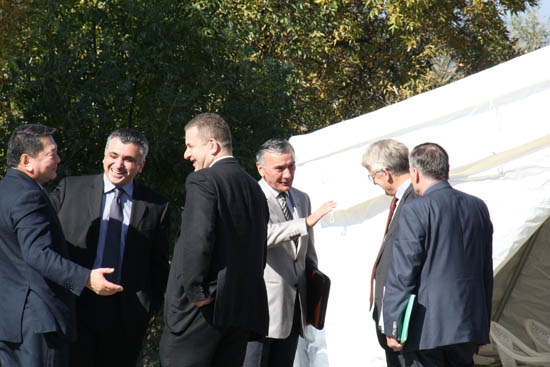