Tbilisi, 16 February 2021—The OSCE Chairperson-in-Office and Foreign Minister of Sweden, Ann Linde, visited today parts of the Administrative Boundary Line with South Ossetia, in the Khurvaleti area, with the EU Monitoring Mission in Georgia (EUMM).

First in Patara Khurvaleti, and later in the village of Didi Khurvaleti, EUMM Monitors briefed the OSCE Chairperson-in-Office and her delegation on the security situation in the area, with a focus on ‘borderisation’ and the negative impact on freedom of movement and other human rights of conflict-affected communities.

The discussions further moved on to the very concrete challenges that communities living along the Administrative Boundary Lines continue to face in their daily life, and which have been further amplified with the COVID-19 pandemic. 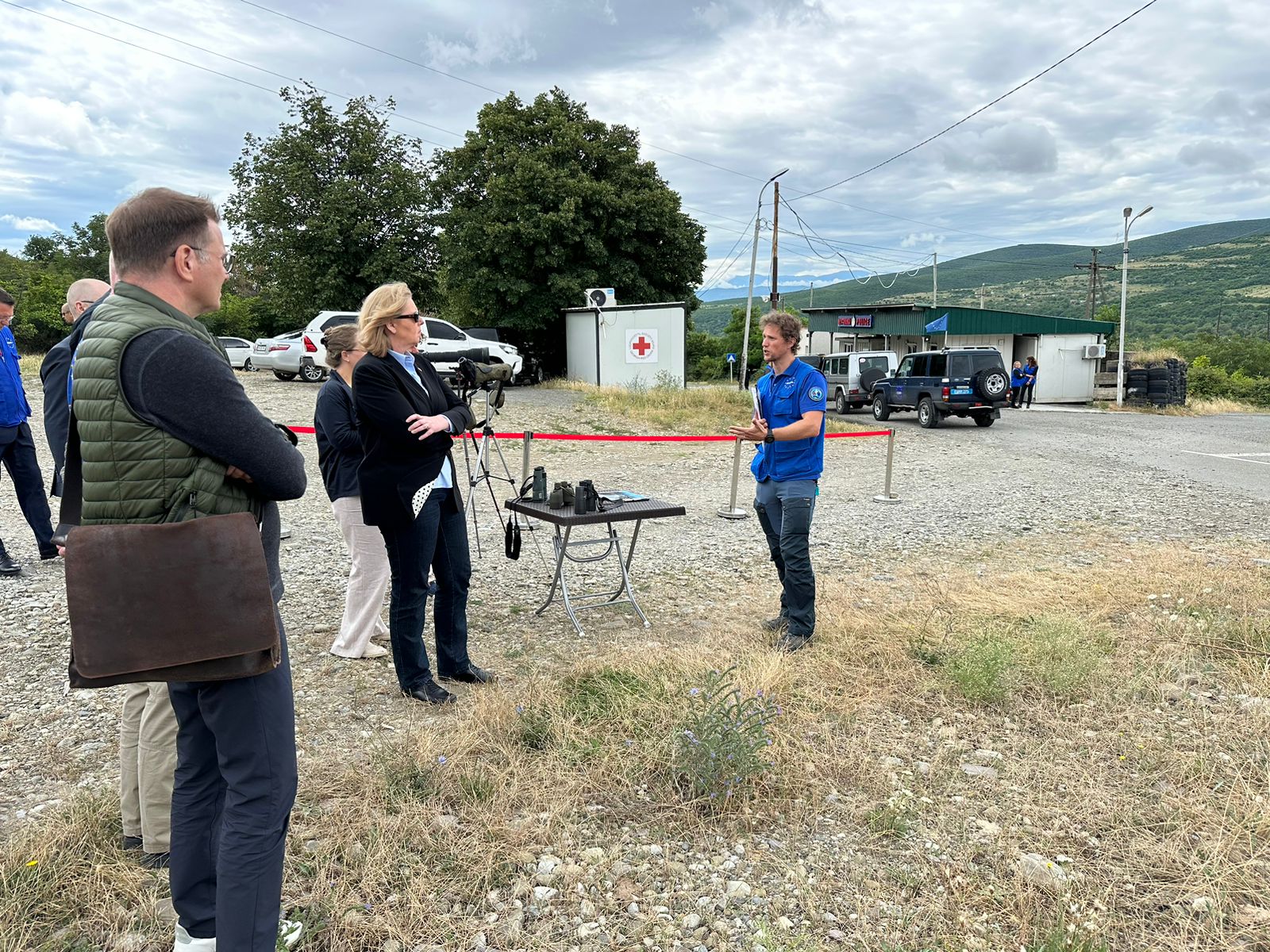 Swedish Foreign Minister Ann Linde visited the Administrative Boundary Line with South Ossetia, in the Khurvaleti area, hosted by Head of Mission, Marek Szczygieł. This is her first visit as OSCE Chairperson-in-Office (CiO) in Georgia. 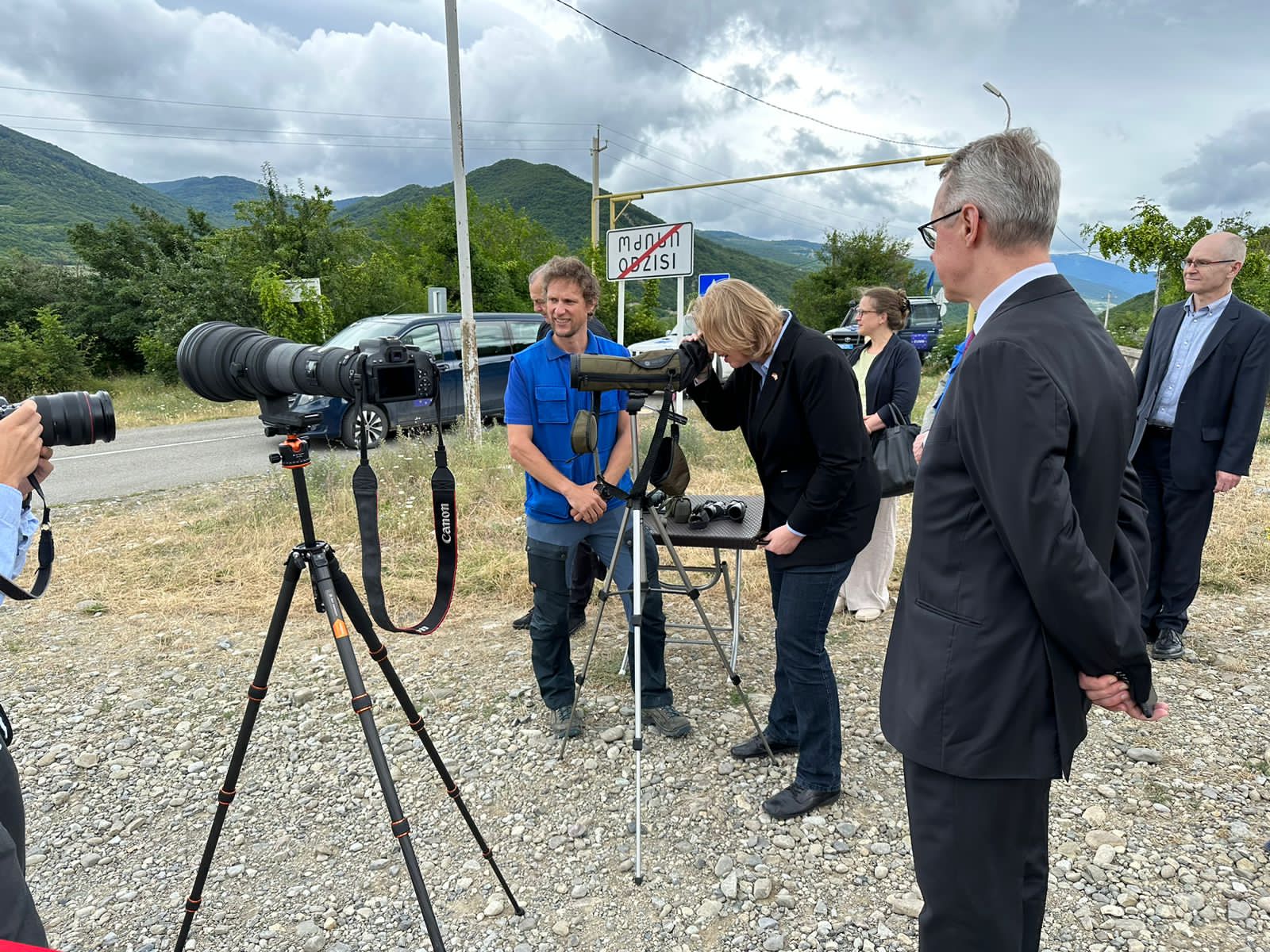 In Patara Khurvaleti, Foreign Minister Ann Linde had a great starting point of observation to visually follow EUMM’s monitors’ explanations on the specific geographic features of the area. 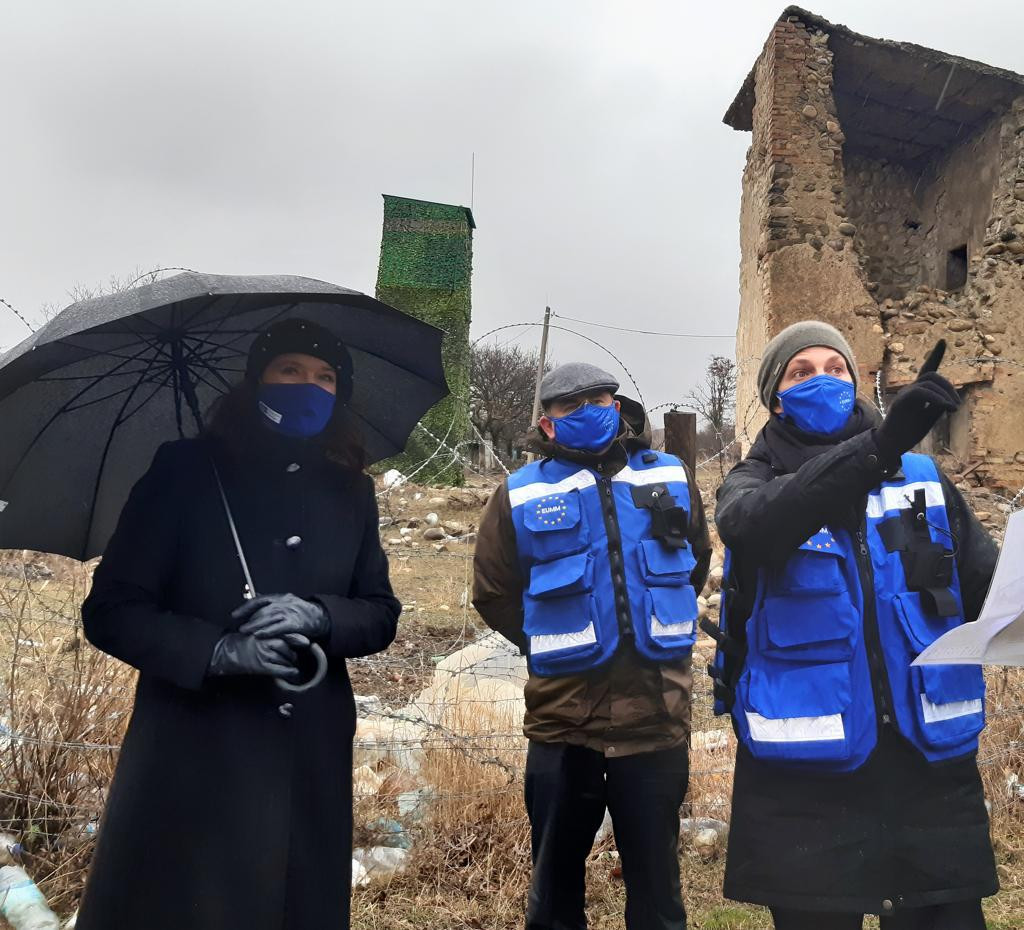 On this photo, she is briefed by one of the Swedish monitors deployed in EUMM 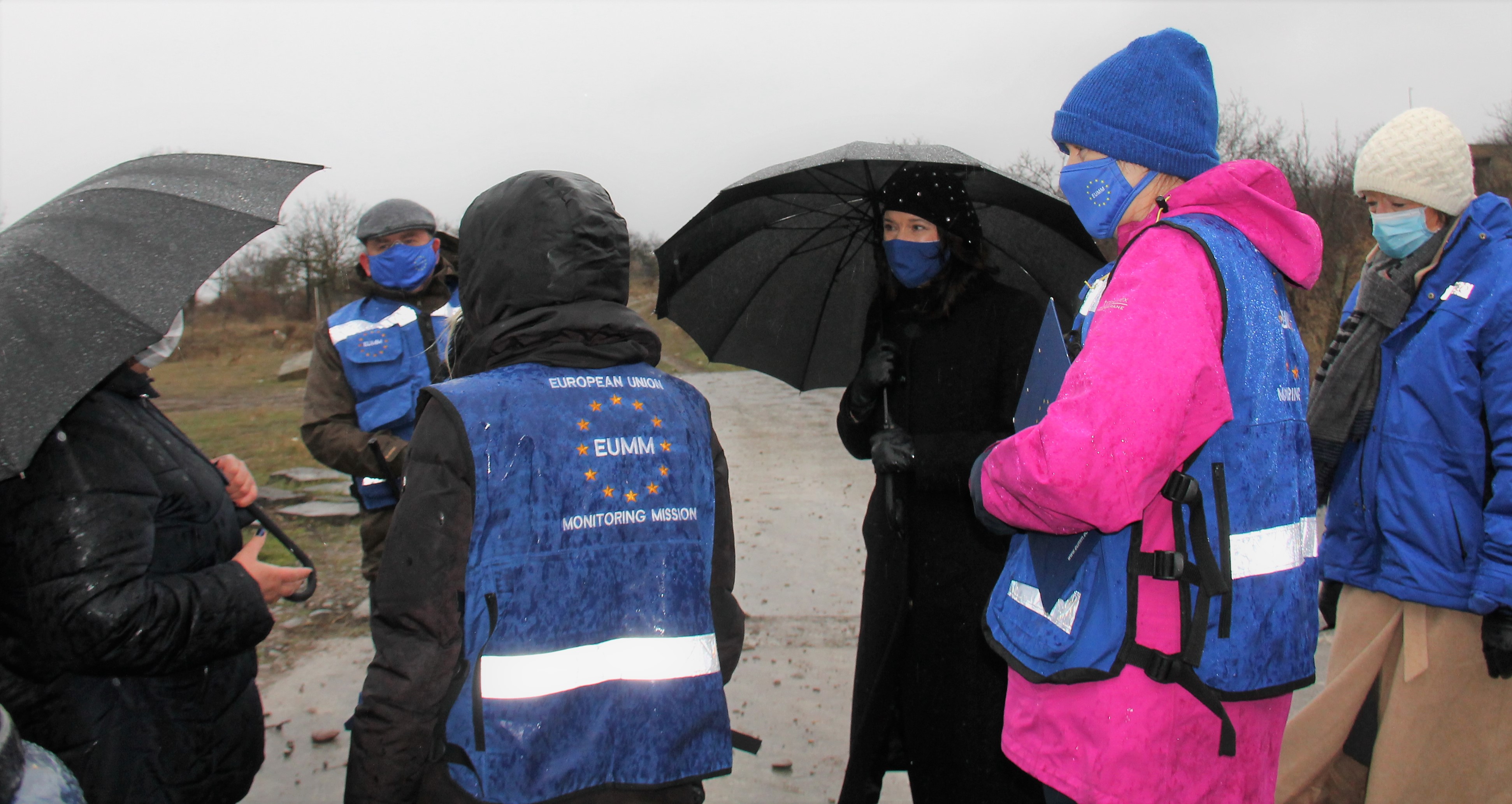 In Didi Khurvaleti, a village divided by borderisation features and the ABL, the OSCE CiO was briefed on how the situation impacts the lives and human rights of conflict-affected communities.