EUMM has recently noted with concern an increase of detentions near the South Ossetian Administrative Boundary Line. In this context, the Mission has been facilitating dialogue over the Hotline and appreciates the subsequent release of detainees from Tskhinvali.

Restricting freedom of movement directly affects the livelihood of the local population, an issue the Mission continues to monitor closely within its mandate. It is also a standing topic at the monthly Incident Prevention and Response Mechanism (IPRM) meetings in Ergneti, co-facilitated by EUMM and OSCE. 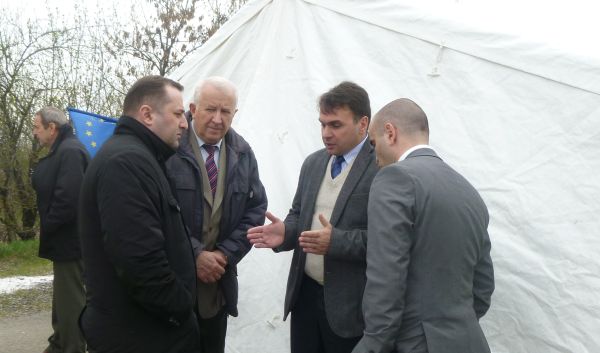 Ambassador Andrzej Tyszkiewicz, the Head of EUMM
with Georgian and South Ossetian participants of the IPRM in Ergneti on 16 April