EUMM: Recent installation of fences near Ditsi is unacceptable

Following protests against the installation of fences by residents in Ditsi, North West of Gori, representatives of the Georgian Ministry of Internal Affairs, the South Ossetian de facto authorities and Russian Federation Border Guard services gathered on the spot in the evening of 27 May to discuss the ensuing situation. The European Union Monitoring Mission (EUMM) was present at the meeting upon requests from all participating parties.

EUMM Head of Operations returned to the spot on 28 May in order to assess the situation, gather additional information and form an independent opinion ahead of Friday’s Incident Prevention and Response Mechanism (IPRM) meeting, where all parties have determined to discuss this contentious issue.

" EUMM has observed an increase in the construction of fences and obstacles, which has a negative impact on the local population,” said Ambassador Andrzej Tyszkiewicz, the Head of EUMM. " This may prompt frustration and further protest, which could in turn lead to further destabilisation in these sensitive areas.”

" The freedom of movement of communities living in areas adjacent to the Administrative Boundary Lines is a key priority for EUMM,” Ambassador Tyszkiewicz continued. " The installation of fences impedes people’s livelihood and divides families and communities. This is unacceptable.”

Following the recent installation of fences, EUMM has also noted an increase of the presence of security actors from all sides in the areas of Ditsi.  As such, this may lead to an escalation rather than a diffusion of a tense situation.

Since October 2008, EUMM’s international observers have been patrolling day and night, particularly in areas adjacent to the Administrative Boundary Lines with Abkhazia and South Ossetia to observe the situation on the ground, report on incidents, and, generally, through its presence in the relevant areas, contribute to improving the overall security situation.

Through the Incident Prevention and Response Mechanism (IPRM), which consists of a telephone hotline and monthly meetings, the EU Monitoring Mission, together with the OSCE, facilitates discussions amongst all parties in order to address local communities’ problems and to find solutions to allow them to move freely. 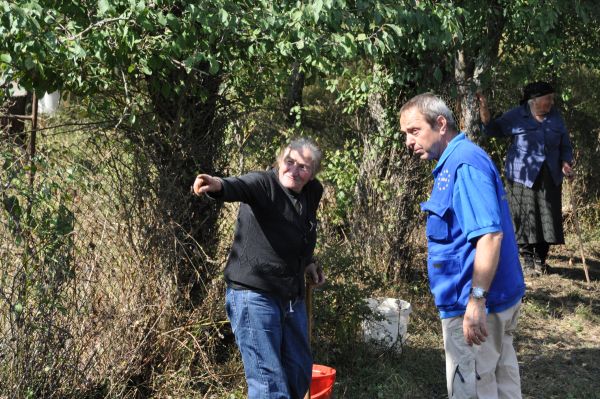