On 31 May the 34th meeting under the Incident Prevention and Response Mechanism (IPRM) took place in Ergneti, co-facilitated by Ambassador Andrzej Tyszkiewicz (EUMM) and Ambassador Andrii Deshchytsia (OSCE).

Participants expressed concern about increasing fencing activities and the high number of detentions in areas adjacent to South Ossetia.

They discussed restrictions of freedom of movement and farming opportunities for people residing along the Administrative Boundary Line, in particular, the situation in the village of Ditsi was discussed. The issue of “borderisation” will also be addressed at the next round of Geneva International Discussions on 26 June. Participants reviewed their assessment of the security situation in Zardiantkari. The case of missing persons was also addressed.

As it was Ambassador Andrzej Tyszkiewicz’s 25th and last IPRM meeting, participants expressed their satisfaction and gratitude for his leadership and impartiality over the past two years. Until the arrival of the new Head of EUMM, Deputy Head of Mission Gerard A. Fischer will co-facilitate the meetings together with the OSCE.

It was agreed that the next meeting would take place on 21 June. 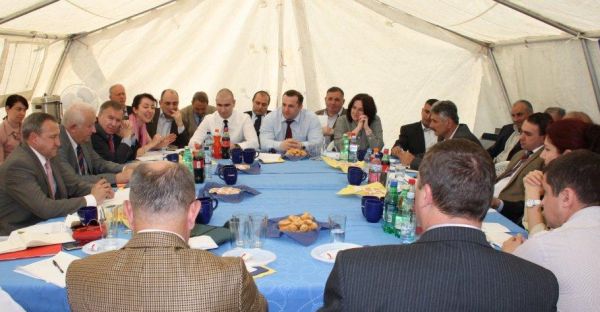