On 10 August, at approximately 11.00am, an EUMM patrol was conducting routine monitoring activities near Kveshi. A shot was fired from the other side of the Administrative Boundary Line, after a Georgian police vehicle appeared and turned around in front of the barrier operated by South Ossetian armed personnel. Nobody was injured. Both the EUMM patrol and the Georgian police withdrew from the spot.

On the same day, after activation of the Hotline a constructive ad-hoc meeting was convened in Kveshi with representatives of the Georgian Police, South Ossetian de facto Border Guard Services, the Russian Federation Border Guards and EUMM. All sides agreed to avoid actions that may contribute to destabilizing the situation.

On the anniversary of the 2008 war, the EU Monitoring Mission takes the opportunity to call on all parties to show utmost restraint and to steer clear of provocations. 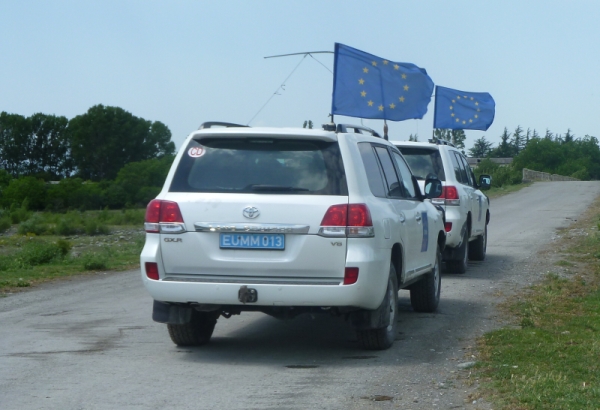