On 16 September, the 37th meeting under the Incident Prevention and Response Mechanism (IPRM) took place in Ergneti, co-facilitated by Head of EUMM a.i. Gerard A. Fischer and Ambassador Andrii Deshchytsia, the Special Representative of the OSCE Chairperson-in-Office for Conflicts.

Participants reviewed the incidents and occurrences that have taken place since the previous IPRM meeting, particularly in the Nikozi area. The co-facilitators of the meeting expressed appreciation for the willingness of participants to cooperate in defusing tense situations at short notice, as happened in the framework of an ad-hoc meeting on 12 August.

The continued installation of fences along the Administrative Boundary Line (ABL) and its adverse effects on the livelihood of the local population were mentioned. A joint visit of participants to places of concern at the ABL was proposed.

Safety measures during the harvest season in the vicinity of the ABL were one of the topics for discussion. A technical survey of the demining needs in the area was announced.

EUMM and OSCE proposed that participants provide tailored solutions to problems affecting the daily life of local communities. Participants agreed on the establishment of an informal mechanism to look into livestock issues at the ABL. Participants discussed the situation surrounding the adjustment to the crossing procedures across the ABL.
In addition, issues related to detained persons and the importance of early notification of military exercises were reiterated. 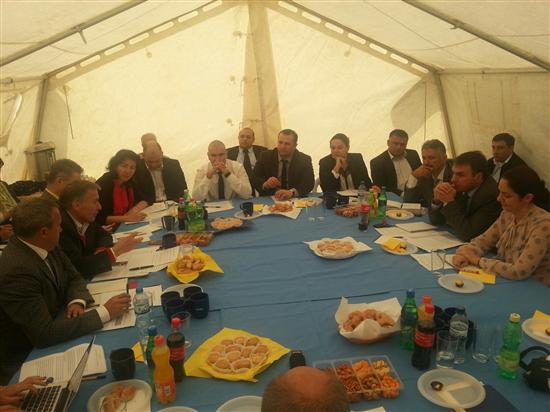 The next meeting will take place in Ergneti on Friday, 18 October.